Can Bruce Jenner Be a Christian? Of Course He Can.

Can Bruce Jenner Be a Christian? Of Course He Can. June 9, 2015 Rebecca Hamilton

I hadn’t intended to discuss Bruce Jenner, the person.

I don’t mind discussing what I sincerely believe is the medical quackery of “gender reassignment surgery.” This barbarism is being used as  “treatment” for people who experience gender dysphoria. This mutilating surgery is just another of the many quackeries and cruelties practiced on mentally ill people.

Gender reassignment surgery is today’s pre-frontal lobotomy. One day, people will look back on it and wonder how anyone could be so cruel to do this to another person.

Bruce Jenner is a victim of this medical quackery. He also evidently suffers from a terribly painful mental illness. He has all my sympathy. I will never write a word condemning him or what he, personally, has done in this situation. My condemnation is for those who push this barbaric surgery on people for political reasons.

The only reason I discuss Mr Jenner today is because I’ve read a smattering of nonsense out there on the internet challenging Mr Jenner’s Christian faith.

I have recently read articles saying that Mr Jenner has publicly proclaimed his faith in Jesus Christ. I’ve also read absurd blog posts and combox rants claiming that, because he has come forward about his illness, he cannot be a Christian.

First of all, whatever emotional/mental problems he has, they are not his fault. Does anyone seriously believe that he would undergo this mutilation and subject himself to high doses of hormones, whose side effects are bound to be long-lasting and damaging, unless he was suffering and desperate?

People who are afflicted with this mental illness are being sold harrowing self-mutilation and damaging hormone therapy as a way out of their misery. This is unconscionable on the part of the people doing the selling. But those who subject themselves to this barbarism are its victims.

Mr Jenner is in no way committing a sin by suffering from a mental illness. He is in no way culpable for the horrendous medical advice he has been given or for the cruel, sicko society in which he lives.

I’ve seen it on bumper stickers, and, even though it’s a bit cliche, it’s true: Christians aren’t perfect. They are forgiven.

Transexual people attend mass at my parish. We make them welcome. I do not question their faith.  I have never heard a single word from anyone else in that parish questioning their faith. In fact, I’ve very seldom heard any discussion about them at all.

We are all wounded people. The miracle is that God loves us, heals us and welcomes us to His table without exception. All we have to do is go to Him, warts and all, and place our lives in His loving hands.

Can Bruce Jenner be a Christian? Of course he can.

Is Bruce Jenner a Christian? He says he is.

Don’t close the doors to the Kingdom on people who sin. We all stand in sinful equality at the foot of the cross. Our righteousness is as filthy rags before God.

We enter the Kingdom by virtue of the enormous price that Jesus paid to ransom us from our sins. There are no exceptions to this. Before you condemn Bruce Jenner and claim that he is not a Christian, go look in the mirror. What you see there will be the reflection of a sinner just like Mr Jenner.

Neither one of you is fit to untie the laces of Jesus’ sandals. None of us — none of us — is without sin. Be careful about condemning specific people in this way. You do not have the authority to make such judgements. That authority belongs to God alone.

Pray for Mr Jenner. He is a suffering fellow human being who is being used by a heartless political movement and medical practitioners bent on quackery. He deserves our compassion, not our condemnation.

June 9, 2015
"Freedom to Worship" is NOT Freedom of Religion
Next Post 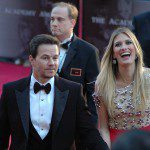 June 9, 2015 Actor Mark Wahlberg Says His Priest Saved Him from "Life of Drugs and Violence."
Recent Comments
6 Comments | Leave a Comment
Browse Our Archives
get the latest from
Public Catholic
Sign up for our newsletter
POPULAR AT PATHEOS Catholic
1

6 responses to “Can Bruce Jenner Be a Christian? Of Course He Can.”