Trans … What Did You Say? Trendy Medical Malpractice on the Mentally Ill

Transexuality, otherwise known as gender dysphoria, is not alone.

It turns out that there are lot of identity challenged people out there. Gender dysphoria is not even alone in having its very own political movement, agitating for “rights” for those who are afflicted with this mental illness.

Of course and always, the number one “right” that these groups agitate for is an end to regarding their affliction as an illness in need to concern, compassion and treatment. What they want — what they demand — is that all of society join with them in their problem and accept that (1) It’s normal to chop off our nose and replace it with something resembling that of a dog, it’s normal to chop off your genitals and replace them with something resembling those of the opposite sex, and, yes, it’s normal to chop off your legs/sever your spine/chop off a hand and spend your life in a wheelchair.

It’s also, these poor, sad people and their cruel, but politically correct, supporters insist, not medical malpractice for docs to do the chopping and rearranging of healthy people’s organs. It’s, get ready for this, “compassion” to subject these people to mutilation, massive doses of powerful hormones and “reassignment” to something that more closely resembles what their mental illness tells them they ought to be.

So we have transpecies-ism, transabiility-ism, complete with diagnoses of species dysphoria, and body integrity disorder.

According to the Transgender Studies Quarterly of Duke University, transability “denotes the persistent desire to acquire a physical disability and/or to seek the actual elective transition of the body from abled to disabled.” The article goes on to say “The struggle for recognition of transabled politics rests its modern and liberal claims on the right for self-determination (Stryker and Sullivan 2009).”

So. We have the burgeoning movement in support of the surgical and hormonal mutilation of people who have gender dysphoria, otherwise known as “transgendered” people.

We have the rising movement of people who are afflicted with body integrity disorder, otherwise know as “transability” people. They want an end to people labelling their mental illness as mental illness and acceptance that this compulsion is, in fact, normal. They also want the “right” to have insurance and the government (of course) pay for the  surgical destruction of their healthy bodies for the purpose of making them into life-long invalids who will, presumably, then live on disability the rest of their days.

We have academics writing about the already moderately well-known mental illness suffered by people who think they’re really of another species, otherwise known as species dysphoria, or, in trendy circles, transpecies people.

What’s not to like? Evidently, all anyone has to do to start a movement claiming their mental health problems are in fact healthy and normal and then getting others to pick up the tab is put trans in front of it and -ism at the end.

Think of the brave new world. I think that I may be suffering from transmillionaire-ism. All my life, I knew I was really a millionaire, born into the body of a mechanic’s daughter. You can fix me without mutilating surgery. Just give me the $$$$$ you would spend on a mutilating surgery, followed by life-long hormone abuse, and I’ll be cured.

I know I’m making light of this. I fully expect the holier-than-thou thought-and-speech-police to condemn me for my “insensitivity.” They might even write a blog post talking about how another “cruel Christian” attacks transgendered people.

In truth, I am not the least bit insensitive to the plight of broken people whose self-loathing drags them down into an illness this severe and damaging. I am not in any way making light of the sufferers of gender/species dysphoria or of those who suffer from other body identity disorders.

These are terrible illnesses. People who are afflicted with them deserve all our compassion and help.

What I am making light of is those very holier-than-thous and self-righteous blog pot writers who support the trendy and fallacious  logic that cutting off someone’s genitals/nose/legs because they suffer from a mental illness is somehow “treating” them, that it is “compassionate,” and “caring.” It is nothing of the kind.

It is an obscene cruelty.

My colleague, Katrina Fernandez, wrote a post comparing the current frenzy of support for subjecting mentally ill people to these mutilating surgeries and hormone overdoses to a crowd of people yelling “jump” to a potential suicide standing on a ledge. I think that is an apt analogy.

Future generations will look back on this travesty and decry the callous ignorance of their forebears. They will regard people who support this surgical mutilation of the mentally ill in much the same way that we condemn the practice of prefrontal lobotomy, insulin shock therapy for alcoholics, bleeding people and boring holes in their skulls for headaches.

The difference, of course, is that the people who did these things actually thought that they were doing what was right. We are jumping  on the mutilation of the mentally ill bandwagon because our politics and the zeitgeist demand it of us. We have abandoned what we very well know is the truth for a destructive fantasy so that we can avoid being labeled with whatever nasty name-calling adjective the trendies are using to label everyone who doesn’t go along with their groupthink du jour.

We are, as a society and as individuals, abandoning our reason in order to accept the unacceptable. We do this to avoid being slandered and slimed, called names and drug through the mud of public hazing for sticking with reality in the face of a mass cultural fantasy.

It is wrong; it is flat-out wrong, to support the surgical mutilation, dismemberment and disfigurement of healthy people for the purposes of pretending that this is a “treatment” for their illness. I can not and I will not support something so cruel and destructive to the person as this. Call me what you wish.

I condemn the practice of encouraging what is in fact outrageous medical malpractice and the cultural mavens who are pushing it. 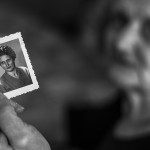 June 4, 2015
Pope Francis: A Society That Does Not Take Care of the Elderly, Has No Future
Next Post 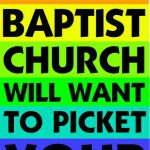 Defense of Immortal, Conscious Souls (vs. Lucas Banzoli):...
11. "Second Death" = "Lake of Fire" = Eternal Torment in Hell....
view all Catholic blogs
What Are Your Thoughts?leave a comment

One response to “Trans … What Did You Say? Trendy Medical Malpractice on the Mentally Ill”