This is an example of how things work in the world of interlocking boards and political friends helping each other out.

Dr Deborah Nucatola, the doc who talked about selling the body parts of aborted babies in the now famous video, now works for Sexual Health Innovations, an organization founded by former White House staffer Jessica Ladd. According to The Daily Caller, senior Obama administration officials sit on the organization’s board.

Sexual Heath Innovations is a nonprofit that receives federal money as a contractor. Currently, it is focusing on “Callisto,” which is “an online ‘third party sexual assault reporting system’ for girls on college campuses.”

I could go on a rant here about abortion advocates taking over supposed help for rape victims, but, to be honest, it bothers me too much to write about it. I’ll probably come back to it later. In the meantime, I imagine Public Catholic readers can connect the conflict of interest dots.

From The Daily Caller:

Records reveal that Nucatola was employed by a former White House staffer at the time that she was selling aborted baby fetus parts.

A staunch political advocate, Nucatola railed against the “right-wing” Bush administration. What’s more, she so enjoyed her work in the abortion industry that she touted a T-shirt celebrating a drug used in the practice.

Let’s break it down:

Works for a White House staffer

Nucatola is currently employed at Sexual Health Innovations, founded by former Obama White House staffer Jessica Ladd. Senior Obama administration officials sit on the board of the abortion activist group, including Praveen Basaviah of the President’s Advisory Council on HIV/AIDS and Kyle Bernstein of the Centers for Disease Control and Prevention. The IRS-approved 501(c)3 tech nonprofit is a major Obama administration contractor.

The group works on issues including “abortion access,” according to its website. But the group’s biggest project right now is Callisto, an online “third-party sexual assault reporting system” for girls on college campuses. The property in development counts Google as its investor. 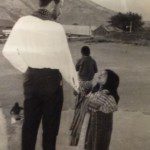 July 17, 2015
The Future of the Catholic Church is the Same as Its Past
Next Post 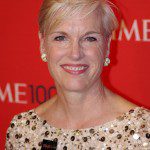 July 18, 2015 So ... What Did Cecile Richards' Statement Do for Planned Parenthood?
Recent Comments
3 Comments | Leave a Comment
Browse Our Archives
get the latest from
Public Catholic
Sign up for our newsletter
POPULAR AT PATHEOS Catholic
1

Madison Malarkey #45: Biblical Proverbial Language
Mark 16:17-18 and the Various Sign Miracles Dr. David Madison is an atheist...
view all Catholic blogs
What Are Your Thoughts?leave a comment