Are Pro Life Elected Officials as Committed as Pro Aborts?

This is an interesting discussion about defunding Planned Parenthood.

I want to make a point about one thing that Tod Starnes says. The Rs have not really been “in control since 2013” as he says. They’ve been dealing with a split government in which the Executive is in the hands of the Ds.

That said, he is correct in saying that they’ve pushed hard for corporatists agendas, such as doing way with the retirement for our men and women in arms, while they’ve used pro life as a rabble rousing vote-getter and have not really been serious about doing anything to save babies’ lives. Ditto for the sanctity of marriage and religious freedom.

The Rs were in control of the government during the first decade of this century, when they held both houses of Congress and the White House. They did not defund Planned Parenthood then, and they could have, if they had wanted to.

I believe that Mr Starnes makes a valid point when he says that elected supporters of Planned Parenthood are much more committed to their cause than elected pro life supporters are to our cause. 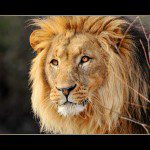 August 1, 2015 Cecil the Lion, Bread and Circuses.
Recent Comments
13 Comments | Leave a Comment
Browse Our Archives
get the latest updates from
Public Catholic
and the Patheos
Catholic
Channel
POPULAR AT PATHEOS Catholic
1

Did the Pope Say the Commandments...
Through Catholic Lenses
Related posts from Public Catholic

Vile Bodies, Part One: Give or Take
CONTENT WARNING This series discusses sexual violence and other forms of abuse....
view all Catholic blogs
What Are Your Thoughts?leave a comment

13 responses to “Are Pro Life Elected Officials as Committed as Pro Aborts?”