Guess Who Didn’t Go to Jail?

How about when the shoe is on the other foot?

An openly-gay judge has said she is refusing to perform marriage ceremonies until same-sex couples can wed.

Dallas County Judge Tonya Parker says she won’t use her power to perform legal marriage ceremonies in her court because would be ‘an oxymoron’ for her.

Speaking to a meeting of Stonewall Democrats of Dallas, she said: ‘I use it as my opportunity to give them a lesson about marriage inequality in this state because I feel like I have to tell them why I’m turning them away.’

Judge Parker said if asked to perform wed a couple, she would say: ‘I’m sorry. I don’t perform marriage ceremonies because we are in a state that does not have marriage equality, and until it does, I am not going to partially apply the law to one group of people that doesn’t apply to another group of people.’ 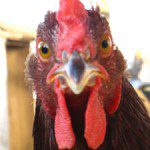 September 4, 2015 When Chickens Trump Babies ... Time to Re-Prioritize?
Recent Comments
13 Comments | Leave a Comment
Browse Our Archives
get the latest from
Public Catholic
Sign up for our newsletter
POPULAR AT PATHEOS Catholic
1

Catholic
I Hope They Don't Kill Any of Those...
Public Catholic
TRENDING AT PATHEOS Catholic

Imagine Being Part of a Church
Imagine a church directed from the bottom up, and where the voices...
view all Catholic blogs
What Are Your Thoughts?leave a comment