60 Minutes covered the plight of Iraqi Christians Among other stories, they found an American military veteran, in Iraq, training Iraqi Christians in self defense.  He’s there because he’s a Christian who wants to help Christians defend themselves in this time of genocide.

MARCH 22, 2015, 6:30 PM|“I’m not here serving my country–I’m here serving Christians,” says former U.S. soldier Brett Felton, who returned to Iraq to train Christians how to defend themselves from ISIS

I applaud this. One of the necessary components of genocide always seem to be that the victim population can not or does not defend themselves.

Go here to see the story. 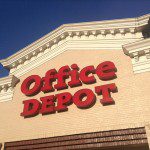 September 11, 2015
Office Depot's Refusal to Print Pro-Life Flyer is Bad Business, But They Can Do It
Next Post

A Suggestion For Your Lent This Year
Have you made your plans for Lent yet? What are you...
view all Catholic blogs
What Are Your Thoughts?leave a comment

2 responses to “Lone Vet Returns to Iraq to Fight ISIS”