Pope Changes Annulment Process. What Does it Mean?

My ignorance of canon law is showing.

Pope Francis issued two Apostolic letters, which are edicts affecting the entire Church this morning. These letters reform the process by which members of the laity — and those wishing to enter the Church who have  marital baggage from the pasts — can obtain an annulment.

I have questions out to canonists so that I can give you a more exact and accurate understanding of exactly what the Holy Father did, but there are a few things I can say, just from reading the documents. One critical reform that he has instituted is that the process of obtaining an annulment should be offered to the faithful without charge.

The diocese in which I live does not charge for annulments. That is the way it should be, everywhere. The reason I feel so strongly about this is that a complex marital arrangement can block people from entering the Church, and it can also keep them from taking Communion. That makes the annulment process a roadblock to Jesus. There should never have been a charge for someone seeking to partake of the Body and Blood of Our Savior.

If I understand what I read correctly, the Pope has put the annulment process in the hands of the local bishop, who has been given the option of appointing one person to act on his behalf in this matter. Pope Francis calls this person “a single judge under the responsibly of the Bishop.” One of the things I need to learn more about is how this would affect the existing tribunals.

The important point is a bit further down when the document states clearly “the bishop is judge.” I interpret that to mean that the local bishop is the first voice of appeal if there is disagreement about his designee’s decisions. It also means that the bishop is always directly responsible for the annulment process in his diocese.

The letters says that “a briefer form of trying nullity cases has been designed — in addition to the documentary process already approved and in use.” This simplified process “is to be applied in cases in which the accusation of martial nullity is supported by particularly evident arguments.” I interpret this to mean that this shorter process is for cases cases in which the facts say on their face that the marriage was not a sacramental marriage. That would probably include things such as common law marriage, forced marriage, child marriage, or marriages performed by atheists/pagans/justices of the peace/ship’s captains, etc.

As I said, I’ve asked people who are Canonists to help me understand what these changes will mean to the people in the pews. My guess is that these new rules will be abused by some, but will also help many people who are shut away from the sacraments by a past they cannot change. I think they will also remove what has been unmovable barriers to people who have messy marital pasts and who have converted and changed and are now following the call of Christ to enter the Catholic Church. I personally know people whose conversion to the Catholic church was blocked by their inability to fill out the paperwork required by the current process.

Marriage is a vastly important commitment. When you marry, you chose this one person as your life’s partner. You will create other people with them, people that are part of each of you, but are uniquely themselves. Your spouse is the one who stands beside you in life’s trials, the one who shares your future.

We have degraded and damaged marriage to the point that family itself has lost its meaning to many people. In many ways, these changes in the annulment process are a recognition of the fact that Western society has fallen into such deep and widespread marital sin that the necessity of reconversion means that we must accommodate these things in order to bring the converted to Christ.

Western society has fallen into depravity that has become the norm. But the message of the Gospels is unchanged. That message is simple and straight foward: Jesus Christ the Way to eternal life.  Not only that, but there is no sin we can commit that is greater than His forgiveness.

That’s what I think these changes are about. They are a way to telling people that no matter what kind of mess they’ve made of things, nothing they’ve done is greater than Christ’s mercy.

Here, from Vatican Radio, is the summary of the Apostolic Letters Pope Francis issued today: 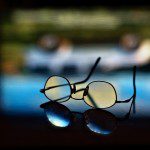 September 8, 2015 Kim Davis is Out of Jail
Recent Comments
6 Comments | Leave a Comment
Browse Our Archives
get the latest updates from
Public Catholic
and the Patheos
Catholic
Channel
POPULAR AT PATHEOS Catholic
1

The Oxford School Shooting and its...
Steel Magnificat
Related posts from Public Catholic

St. Nick, Our Lady and a Couple of...
This Week in Life- Advent Week 2  Monday December 6 , 2021 Advent...
view all Catholic blogs
What Are Your Thoughts?leave a comment

6 responses to “Pope Changes Annulment Process. What Does it Mean?”