Election 2016: Skip the Top and Look Further Down the Ballot

Election 2016: Skip the Top and Look Further Down the Ballot August 4, 2016 Rebecca Hamilton

This is one of those times I don’t care what people call me. If what I’m about to write offends you, and you want to call me names for it, do your worst. Somebody needs to say this.

If you are a person who votes based on your Christian values, then you do not have a candidate in this presidential campaign. Since we are Americans, we need to vote. But we should avoid creating faux versions of the people we are voting for in order to ease our cognitive dissonance about the political situation in front of us.

I’m not going to spend a lot of time dissecting the problems with the Democratic presidential and vice-presidential nominees, for the simple reason that they are not trying to lie about where they stand. They state their pro-abortion, pro-gay-marriage viewpoints, and there is no reason to doubt, particularly in the case of Secretary Clinton, that she means ever single word of it.

In fact, I would go so far as to say that this is one of our major problems in the political fight for the sanctity of human life. Their politicians mean it. They are dedicated to “saving Roe,” and most of them believe right down to the ground that they are “saving women’s lives” with their political activities.

Many of our politicians, on the other hand, just signed a dealio promising to be pro life because that is a requirement for them to get elected. Their commitment to our cause would change the moment their political party let them off the pro-life hook.

I’m not guessing about this. I know it. I’ve seen it. I’ve lived it in my daily life for 18 years as an elected office-holder, and in the years before that when I was the Oklahoma Director for NARAL.

That, more than any other single thing, is why the babies lose behind closed doors. It’s why our issues are always set aside for “more important” issues concerning whatever the tom fool the corporations want today. It’s why pro life advocates do not push for legislation concerning embryonic stem cell research; because the corporations don’t want it. Again, I’m not just blowing smoke here. I know these things.

A number of pro life advocates have latched onto Mr Trump’s running mate, Governor Mike Pence of Indiana, as their great hope. I’ve even read a few publications, building up his “Catholic” witness.

I’ve got what might be called a liability when it comes to that sort of political knee bending. I have a memory. I can remember all the way back to last year when Governor Mike Pence sold us out by deep-sixing Indiana’s Religious Freedom and Restoration Act.

I remember when Governor Mike Pence announced that he’d signed Indiana’s Religious Freedom and Restoration Act. According to IndyStar, the law prohibited “state or local governments from substantially burdening a person’s ability to exercise their religion — unless the government can show that it has a compelling interest and that the acton is the least restrictive means of achieving it.”

If he’d had the guts to stick with his action, I’d be writing an entirely different assessment of him today.

This bill is not about discrimination,” he said when he signed the bill with religious people in their full religious garb standing beside him for the photo op. In fact, he went on for a while, making all sorts of sanctimonious pronouncements.

Then, the money changers came calling, and Governor Pence did what his true bosses told him to do. He signed a second bill which gutted the Indiana Religious Freedom and Restoration Act.

There are a lot of names for politicians who crawfish like that, but courageous, honest and sincere are not among them. Neither is a description of a genuine fighter for family and the sanctity of human life.

At the same time, I have an adequate short-term memory. I’ve read that the nefarious internal DNC emails show that top-ranking Dems met with those who want to destroy our religious freedoms and — get this — brain-stormed with them on how to do it.

It is a legitimate position for traditional Christians to say that Governor Pence might be a weak-kneed, untrustworthy and two-faced advocate who has shown that he will deal us away; that we can’t trust him or rely on him and that he will probably do us in behind closed doors, BUT we at least have some hold on him, and at least he’s not out to get us. That would be a truth-based assessment of our situation.

It is also the reality of the choice in front of us. I don’t know, but I believe that Mr Trump chose Governor Pence as his running mate precisely because the corporatists who run both political parties trusted Governor Pence to do their bidding.

I think Governor Pence “earned” the vice-presidency with his willingness to betray us over the Indiana Religious Freedom and Restoration Act. He demonstrated, in a most public way, that he was the corporatist’s boy.

Secretary Clinton had achieved (a dubious achievement in my book) a realignment of corporate money, with a good bit of it, including $ from the Koch Brothers, going into Democratic coffers. And Governor Pence had demonstrated, in a most public way, that he was the corporatist’s boy.

Again, I don’t know, but I think he got where is for betraying us.

Now, let’s talk about the presidential nominees themselves. Again, I’m going to make short work of Secretary Clinton for the simple reason that nothing is in dispute. She is a pro abortion stalwart. When her husband was president, he helped pass the federal Religious Freedom and Restoration Act that her own party has been working behind the scenes to destroy.

What would she do as president? How would her Democratic party shape up on the issue of religious freedom? I honestly don’t know. I don’t think she’s out to get us the way President Obama has been. But she’s a political realist. If the party pressure is strong enough, she might turn and attack religious freedom as her predecessor has.

Mr Trump is not pro life. He has filled out a questionnaire from a major pro-life advocacy group in which he said all the right things. And he switched from being “very choice” to newly-minted pro life.

Now, I’m not saying that people don’t convert on this issue. I’m an example of that myself. But Mr Trump didn’t “evolve” (his word) on the issue until he was in the middle of this presidential campaign and realized that being pro choice was standing in the way of his winning the Republican nomination for president.

I paid a dear price for converting. My own party came within 50 votes of censuring me over it. Mr Trump switched when it was politically necessary and he did so in order to gain the Republican nomination for President of the United States.

He’s also not pro family. I’m a little aghast that voters who support family values can go in the tank for a man who has been married three times, each wife looking like the last, and increasingly younger than him.

I’m flat-out disgusted that anyone who claims the name of Jesus Christ can support a man who talks about women like they are dirt, calling them pigs. But, for us to support a man who repeatedly jokes about having sex with his daughter? How can anyone support that?

Mr Trump has repeatedly made comments to the effect that his daughter, Ivanka, has a “great body” and if she wasn’t his daughter, he’d “date” her. If you can’t figure this out, let me clue you in: Normal men don’t make jokes like that. In fact, normal men would be inclined to punch other men in the face for saying things like that about their daughters.

Then, let’s talk about Mr Trump’s wife, our potential First Lady. Mrs Trump is a former model who has posed nude in a sex scene with another woman. I am not going to link to this article because the photos are pornographic.

I thought about saying that Mr Trump has the personal morals of an alley cat, but that truly does insult alley cats. He jokes about sex with his own daughter, encourages his wife to appear in a pornographic photo shoot, has been married three times, and is pro life for political reasons only.

I’m going to repeat something I said earlier in this post. Those who, in the public mind, speak for Christians, Christianity and even Jesus Christ Himself, need to be very careful about endorsing monsters. They will end up besmirching the name of Christ.

Traditional Christians do not have a candidate in this year’s presidential election. But we are Americans, and we must vote. I think there are legitimate judgements that we can make that could lead us to casting a vote, but we have to do this with our eyes open and without lying to ourselves.

Do not lie to yourself and try to turn these straw men candidates into pro life, pro family pro religious freedom gold. Do not demonize them, and do not deify them. To use a slogan from Alcoholics Anonymous, accept reality on reality’s terms.

I don’t endorse candidates with my writing. That is not why I write. I want to make it as clear as I can that I am absolutely not endorsing anyone in this race.

I think we need to vote as best we can, but with the full knowledge that we’re going to have to watch whoever wins and be prepared to fight them for what we believe. We also need to look further down the ticket for our pro life, pro family, pro religious freedom leaders. Because there are none at the top. 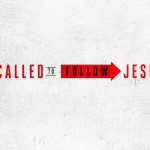 August 5, 2016 As the World Gets Crazier and Meaner, Follow Jesus Christ
Recent Comments
26 Comments | Leave a Comment
Browse Our Archives
get the latest from
Public Catholic
Sign up for our newsletter
POPULAR AT PATHEOS Catholic
1

Dialogue: Meaning of "Neo-Catholic" (w Phillip Campbell)
Phillip Campbell (aka, "Boniface"), runs the blog, Unam Sanctam Catholicam. We clashed...
view all Catholic blogs
What Are Your Thoughts?leave a comment

26 responses to “Election 2016: Skip the Top and Look Further Down the Ballot”