One of my former colleagues, Senator Ralph Shortey, is going to plead guilty to child sex trafficking.

“After looking at all the evidence and case law and statutes and everything else, we just felt that this would give him the best opportunity to come out with the best outcome possible.” His attorney, Ed Blau, said. “It would’ve been an extraordinarily difficult case to win at trial.”

Not only was Senator Shortey my colleague, he was one of “my” senators, meaning that “his” senate district overlapped “my” house district. That gave us a community of interests, since we represented some of the same people.

Senator Shortey was easy to work with. We never authored legislation together or spent time with one another, but he was unfailingly courteous and even complimentary in his dealings with me. I have absolutely no complaints about my working relationship with him.

I also would never, not in a million years, have guessed that he lived this sort of secret life. I certainly never pegged him for a pedophile.

What I did see was a somewhat insecure, out-of-his-depth individual who really didn’t grok the world to which he’d been elected. Senator Shortey was inept as a senator. Big-time inept.

I have no idea if he enjoyed his job, but I do know that he wasn’t very good at it. I feel that the bizarre legislation that he dreamed up was just him, trying to be significant, trying to get attention.

The subtle ins and outs of passing substantive legislation eluded him. He tried his best to play the game, and he maneuvered himself into some high-level positions, including campaign coordinator for President Donald Trump, but he was always out of his depth, at least when I knew him.

Even though he was one of “my” senators, I didn’t think about Ralph Shortey very often. I was glad that he didn’t cause me trouble, but, as I said, we never worked together on anything. After I left office, he slipped entirely from my mind.

Then, he got himself arrested for being in a hotel room with an open box of condoms and a teen-aged boy. It was immediately known that he’d texted the boy about doing “sex stuff” in exchange for money.

I was gobsmacked. Ralph Shortey? This mountainous, gentle guy who smiled too much and was puppy-dog eager to please?

I let the thought go, since I was caught up in the issues of my own life. Then, a few days ago, I heard that Senator Shortey is going to plead guilty to one count of child sex trafficking in exchange for having a number of other counts dropped.

I read the charges against him, the entire grungy file. All I can say is that I. Had. No. Idea.

I realize that charges aren’t proven things. They are charges, accusations. And when they come by way of a grand jury, they have not been vetted by any kind of explanation or alternate viewpoint. But there had to be a cell phone account, and ads on Craigslist and testimony from boys to make these charges.

Those charges weren’t vague. They were explicit. And then there is the matter of Senator Shortey in the hotel room with a teen-aged boy, and the text he sent the kid, asking for sex in exchange for money.

I’m not writing this post to drag everyone through Oklahoma’s mud. I’m also not trying to take a cheap shot at one side or the other of the culture wars. The point I want to make is that you never know.

I would never have pegged Ralph Shortey for a man who preys on children. It never crossed my mind that people would need to lock up their babies when he came around. But he evidently is all that and quite a bit more.

I saw him as a harmless, gentle, giant of a man who was in the wrong line of work for his talents. I didn’t think he had any business in political office, not because I thought he was a pedophile, but because he was one of those people who didn’t and would never get it.

I felt a bit sorry for Ralph. But I certainly wasn’t afraid of him.

That’s the trouble with these things. You can’t know.

Which is why people need to be a lot more careful with their children than they are. The moral of this, at least to me, is to keep your babies close. Don’t let them go off with this one and that one for ice cream or whatever. Don’t leave them alone with people, even people who, like Ralph Shortey, seem harmless. Watch what they do on social media. Limit their access to it, and keep tabs on how they spend their time.

Protect your little ones, my friends.

Because you never know. 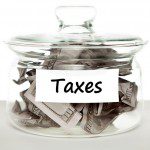 November 28, 2017 Will "Tax Reform" Bankrupt America the Way It Did Oklahoma?
Recent Comments
4 Comments | Leave a Comment
Browse Our Archives
get the latest from
Public Catholic
Sign up for our newsletter
POPULAR AT PATHEOS Catholic
1