Will “Tax Reform” Bankrupt America the Way It Did Oklahoma?

Will “Tax Reform” Bankrupt America the Way It Did Oklahoma? November 28, 2017 Rebecca Hamilton

Senator Lindsay Graham explained it. The impending “tax reform” must pass. It must pass because if it doesn’t become law, the puppet masters of politics will cut the strings on a number of Republican elected puppets.

Senator Graham didn’t say it quite like that, of course. But, in its own way, his statement was far more illustrative of what We the People face when dealing with these two corrupt political parties.

When asked “what would happen” if the Rs failed to push through tax “reform,” he replied, “The party fractures, most incumbents in 2018 will get a severe primary challenge, a lot of them will lose, the base will fracture, the financial contributions will stop, other than that, it’ll be fine.” (Emphasis mine.)

Or, as Republican Representative Chris Collins put it, “My donors are saying, ‘Get it done, or don’t ever call me again.’”

Their motivation, their reason for doing this, is, as they say themselves, the protection of the Republican Party and their own cushy jobs. Political parties have two purposes. They are about getting power. And they are about keeping power.

I was an unwilling and miserable participant in more than a few of these Republican tax cuts when I was a member of the Oklahoma House of Representatives. I’ve heard all the mushy economic claims of the economic paradise that awaits us if we can just take the monies of the public treasuries and transfer them into the hands of those who fund the Republican Party.

I made the arguments against this nonsense, stood up with a mike in my hand and tried to reason with the idiots who passed this stuff. And now, I am living in the bankrupt state they created.

Let me say this bluntly. If the Republicans pass this tax bill, they could very well end up bankrupting America the way that they have bankrupted Oklahoma. What I expect to happen if it passes is a surge in the stock market and a short-term economic surge, or maybe I should say economic splurge.

But then, the actions they’ve taken this past year in removing the regulations from the financial markets that were put in place after 2008 will start to click in. Corruption will take off like a bird, let out of its cage.

And when it does, the government, thanks to this terrible tax “reform,” is not going to have the money to bail it out the way it did the last time. It will just augur in.

We came close in 2008 to losing the whole deal. There was a period of several months where all the governments in all the world were bailing as hard as they could, and they couldn’t stop the free-fall. They were like desperate engineers fighting to stop a runaway nuclear reactor before the core was exposed.

I remember reading about the sub-prime mortgages a couple of years before that, when the market was going straight up. I knew instantly that this dog would not hunt. It was going to crash, in much the same way oil had crashed in the 1980s.

That oil bust pushed the oil producing states into a local depression. It took years to climb back out of it again. It was created by the same kind of speculation and corruption that I saw in the housing market.

In the same way, I knew that Oklahoma was going to get hit with an economic meltdown as soon as the oil boom of the early years of this century wound down. I flat-out said that Oklahoma was not going to be able to pay its bills, that it would be bankrupt.

The Republicans in our legislature insisted that the increase in tax revenues that flowed in after their tax cuts passed were due entirely to their economic wizardry. I kept saying, this is just the oil boom. When oil falls, it will go away.

But they quoted various Republican apologists in their defense of what amounts to a standardized policy of robbing the working class to give to the rich, and kept on pushing through one-sided tax cuts that poured money into the pockets of Oklahoma’s wealthy and did nothing for the rest of the state. They cut the tax base by half, then by half again, and then yet again.

I had no political blow-back for voting against almost all these tax cuts, since not one person I represented benefitted from them in any way. That was true of most Oklahomans, and it’s true of most Americans with today’s proposed tax cuts.

What the proposed federal tax “reform” will do is off-load all the expenses of making up the horrendous increase in the deficit which will result from it on your back and mine. What will we do if this tax cut makes the case for going ahead with the Republican dream of cutting Social Security and doing away with Medicare?

How are regular Americans going to handle it when hospitals no longer have to treat people who show up sick, when the libraries shut down, teachers are laid off, schools are closed and the grass starts growing up through the pavement of our highway system?

It’s going to be a bad day when the government cuts your home-owners tax deduction for interest on your home loan, when it turns around and passes a national property tax increase on your house, when your elderly parents move in with you, along with your kids, because none of them can make it on their own.

You’re gonna love living in a country with a bankrupt government.

That, ultimately, is what’s happened to Oklahoma. We’re laying off teachers, closing down whole units of major state agencies and scraping every last morsel of meat off the economic bone.

Ordinary folk hold down two and three of these fine low-paying jobs we have in this state, just to make ends meet. Their kids raise themselves while mom and dad struggle to survive. And the schools don’t offer much in the way of a path out. Meanwhile, the State Chamber of Commerce continues to hammer down on their elected officials, making sure that the rich stay sleek and fat.

In Oklahoma, the government is not pro business. The government is the puppet of a few business interests. They have granted so many tax credits to various businesses that the businesses buy and sell the tax credits they don’t need, passing them around among themselves as if they were a commodity. But the state says it can’t afford to build storm shelters in our schools to keep kids from being killed in tornados.

And yet, Okies keep on electing the people who have done this to them. They are convinced that voting any way but R is voting for the devil. Their preachers have a done a nice political job, selling them on this. But they could never have succeeded if the Democratic Party hadn’t made itself anathema with its love affair with all things abortion, flirtation with euthanasia, invidious HHS Mandate and crazy-making nonsense like forcing little girls in public schools to go to the bathroom with boys.

Neither party acts in the interests of the American people. Democrats are fond of shaking their heads and wondering aloud why so many people vote for Republicans in spite of the Republican refusal to stop wanting to end Social Security, do away with Medicare and pass tax cuts and “reforms” that impoverish We the People to enrich the few. Why do people vote against their own interests, they ask one another.

The reason, which they are as blind to as the Republicans are to the economic ruin their party’s economic policies bring, is that a lot of people think that the sanctity of human life, basic morality and the freedom to live their religious beliefs are their own interests.

It’s this play-off that allows the two parties to feel so smug about themselves while they each, as soon as they come to power, begin to do great damage to this country and its people.

Since the Republicans are in power right now, we are faced with their version of deconstructing and destroying America on behalf of the interests who own their political party. They are not concerned with you and me. And they don’t appear to care about this nation.

What they care about is maintaining the silo of power that we call the Republican Party and making sure that they, personally, continue to enjoy the perks of elected office. What that means to you and me is a ruinous tax “reform” that may very well end up bankrupting the United States of America in the same way that other tax “reforms” have bankrupted Oklahoma.

The difference of course is that Oklahoma is just a smallish state in this great nation. No matter how deep the hole that Oklahoma’s leaders dig for this state becomes, we still get steady infusions of money from the country as a whole. That keeps us from becoming a third world outpost. It stops our slide into the financial pit at half empty.

But what will happen if the whole country gets pushed into the same situation as Oklahoma? Who or what will save any of us then? 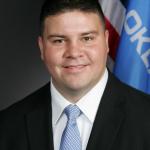 November 29, 2017 Pontifex: Tweet of the Day
Recent Comments
5 Comments | Leave a Comment
Browse Our Archives
get the latest from
Public Catholic
Sign up for our newsletter
POPULAR AT PATHEOS Catholic
1

5 responses to “Will “Tax Reform” Bankrupt America the Way It Did Oklahoma?”