The Supreme Court has ruled in favor of President Trump’s “travel ban.”

What this means — in simplest terms — is that immigrants from several countries in the Middle East are barred from entry into the United States. What that means is that the “travel ban” is, in reality, immigration reform under the guise of an executive order.

America’s current immigration laws passed under President Johnson. They were, as much as anything, an emotional response to the moral pressures of the Civil Rights Movement and a few “think tank” types in academia. The application of these laws which has resulted in the enormous immigration we’ve seen in the past three decades really took off during the Reagan administration.

I remember watching an interview with a Reagan administration spokesman in which the reason given for this was to increase the American workforce in a time of declining birthrates. Former President Clinton said as much when he and Former President Bush were discussing policy in a joint appearance not so long ago. He stated that we could not “grow our economy” with the birthrate we currently have.

The large-scale immigration from the Middle East, which has continued in spite of incidences of terrible violence and social disruption all over the globe that were committed by an organized segment of this immigrant population, is, I think, a response to the fact that this part of the world has a lot of oil. That is also the reason for most of the official obfuscating when dealing with the violence and mass murder that is foisted on the world by terrorists.

Like many other violent criminals, these terrorists place the blame for their crimes on their victims. They also justify what is nothing other than mass murder of innocents with religious talk. Just like all those who do this, they inhabit an upside-down world in which evil is called good, and good is called evil.

Our government, much of the media and academia and other institutions, have, for a long time, tried to force the American public to deny the reality of this situation. They raise the obvious fact that most people from this part of the world are not terrorists and ignore the equally obvious fact that we can’t tell the difference. They also ignore the reality that government of the people should function according to what the people want.

They have engaged in moral bullying and lies, labeling anyone who raises questions about America’s immigration policies as a racist and a bigot. They have also used verbal and social attacks, once again labeling anyone who says the “wrong” thing a bigot or worse. This has been employed against large swaths of the American public whenever they express normal outrage about the terrible crimes that terrorists commit.

This bullying of the American public has resulted in sullen silence and secrecy from the many, and the rise of outrageous flares of real racism and barbarism among the extremes. It is one of the reasons why polls are no longer predictive of behavior. People won’t say what they think because they don’t want to be called names for saying it.

One truth of this matter is that the American people want immigration reform. That is why political candidates who are willing to demagogue on the issue usually win their elections.

But there is also another truth to this matter. American corporate interests do not want immigration reform. That is why, no matter how much the Republican Party demagogues on the issue during elections, immigration reform never happens once they are in power.

It is also a big part of why President Trump is now living in the White House. And it is why we are dealing with a ham-handed executive order/“travel ban” instead of a cohesive, workable change in immigration law that was passed by Congress.

When push comes to shove, the campaign rhetoric about immigration has always been just rhetoric. Nobody ever intended to really revise America’s immigration policies along the lines of what the American people wanted.

That is also why the network of powers-that-be have consistently engaged in verbal/social/emotional bullying of the American people. They wanted to control us and bend us to their will.

Every off-year election, the Republican Party would begin to beat the immigration drum. The Republican news bots would run one story after the other about the “crisis at the border,” demonizing Mexicans in what really was a true racist display. They did this to work We the People up into a frenzy so that we would vote for whatever new puppets they were trying to place into office at the time.

At first I thought he was just taking a political position. Even after he was elected, I thought he was following through on his immigration promises vis a vis the Middle East because he wanted to be consistent.

It took the hurricane in Puerto Rico to make me realize that, at least so far as hispanics are concerned, he really means it. He doesn’t like hispanics, simply because they are hispanics, even when they are American citizens.

As for the Middle East, I don’t know what his feelings for people who live there really are. In truth, it doesn’t matter what elected officials feel down in their hearts. What matters is what they do with the power that we have given them. And President Trump has done what he said he would do about writing executive orders to curtail immigration into the United States from several countries in the Middle East.

I, for one, am totally sick of hearing the American people called bigots and racists because they want to limit who is allowed to move into their country. I think that, if this is what the American people want, their elected officials should have done it. That is what government by the consent of the governed is all about.

It is also what we have not seen in this country for quite a while. Our elected officials of both parties do what the puppet masters who fund them want done. The media, academia and the entertainment industry — all of whom are intertwined at a cellular level — work to try to browbeat us into thinking what they want and allowing these things to continue.

Over time, this has resulted in a vast well of anger in the populace, and also a stubborn refusal to listen to news media and academia. It goes back to something I learned in my first political campaign: When they lie about you, you don’t believe what they say about anything else.

The truth of the matter is that every American has been lied about and slandered by one side or the other in the culture wars. We have all been called racists, moral ingrates, idiots and fools over and over again.

It doesn’t matter which side of the political divide you are on. The other side is going to label you with every ugly name going.

If you should happen to be the conscientious sort who refuses to blindly follow one side or the other, and who picks and chooses among the issues based on what you, yourself, honestly think is right, then sooner or later everybody is going to have a go at calling you names.

This sort of destructive divisiveness is grist for President Trump’s mill. If things calm down for a few hours, he uses twitter to toss another stink bomb into the public debate, just to keep people riled up. He governs by pitting us against one another and keeping us as crazy and as mean as possible. He plays off this mayhem like he was playing a violin.

The horse he rode to power on is the rage of people who have been forced by the use of emotional and social battering and bullying to acquiesce to things they don’t want for far too long. The irony in this is that his mode of governing is to ratchet up these precise kinds of attacks on those who don’t slavishly follow him. His support is based on being a band leader for destructive abuse of half the people by the other half of the people.

He is, in short, a demagogue.

He is also the President of the United States, which means he wields enormous power. Because Congress has abdicated its responsibilities, his powers are magnified.

Executive orders are being used to legislate by every president we elect. President Obama famously told Congress that he had a “phone and a pen” when they refused to pass laws he wanted. And he made good on that brag.

The invidious HHS Mandate, which resulted in a Constitutional crisis that continues to roll on, and which was another large source of President Trump’s support, was nothing more than agency rule written by a committee, signed by the president and not overturned by a grid-locked and useless Congress.

In the face of Congressional dereliction of duty, the Imperial Presidency keeps gaining power. President Trump, who does not appear to have the normal internal limits on his behavior imposed by conscience, honesty, concern for others or basic civility, is taking this to new levels.

The American people want immigration reform. No matter what poll you show me saying this is not true, I will counter with the results of elections at every level all over this country saying quite plainly that it is true.

President Trump kept his campaign promise concerning immigration from terrorist-exporting nations to the best of his ability by use of an executive order. The Supreme Court upheld this order.

But it was not a comprehensive, just and workable reform of the law with input from representatives of the whole people of the United States of America. It was, more or less, an expression of intent regarding one specific region of the world, written by one man, signed by one other man and put to power by a court. Our immigration law no longer reflects either the reality of our times or the will of the people, and this executive order does not change that.

So long as members of Congress are focused entirely on serving the puppet masters who elected them, this will not change, and the rage in the populace will continue to fester and grow. 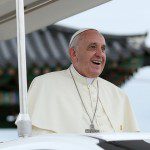 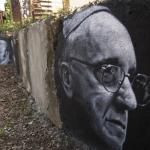 December 8, 2017 Pontifex: Tweet of the Day, December 8, 2017
Browse Our Archives
get the latest from
Public Catholic
Sign up for our newsletter
POPULAR AT PATHEOS Catholic
1