The stock market has been going up like an express elevator, fueled by a mega transfer of wealth in the form of the recent tax cut.

I watched one of the financial channels the day after the bill passed, and what I saw left me flummoxed. The talking heads were behaving like a bunch of drunks at a party. They were all over the tax cut, prognosticating about a market that was going to be hypered by the increase in corporate revenues (courtesy of you and me) into taking off like a rocket.

The trouble with this is that the market was already standing on top a financial Mount Everest. The bull market has been running ever since the government pulled us out of the cesspool of the 2008 meltdown, which came after the 2001-2002 meltdown, and which, I’m pretty sure, precedes meltdowns to come.

There have been a couple of pauses, most notably in 2012 and again in 2016, but the market has mostly been going up for the entire lifespan of today’s fourth graders. These kids have lived their entire lives in the run of the bull.

This long run has been fed by a carefully tended “Goldilocks” syndrome that was created by tethered interest rates that were gently and slowly being let off the hook, serious reforms to hold the lid on corruption, and reasonable tax rates.

Now the market has been put on financial cocaine. The tax cut (which has a lot of similarities to tax cut bills I’ve seen before as a legislator) is designed to drain the national treasury into the coffers of the already rich and powerful. It will fatten a lot of already fluffy bottom lines.

The problem, of course, is that it ultimately weakens the government on which the financial edifice is built by seriously defunding it. Instead of tending our economic garden, we have decided to dump big bags of fertilizer on it and let it grow without direction.

I was, as I said, flummoxed by all the giddy celebrating I saw on the financial channel that day. These people aren’t that stupid.

I’ve been even more flummoxed by some of the analysis I’ve seen since, especially one bald claim by a so-called expert that the yield curve no longer means what it means; that “this time” it’s “different.”  I just quit watching them after that bit of nonsense.

I hate to be the skunk at the garden party, but nothing is different “this time.” Reality is still real.

January has been an express elevator ride for anyone with money in the market. All we’ve had to do is let our savings ride and watch them grow. The market is going pretty much straight up and our little savings are multiplying and getting frothier, right along with those of the rich guys.

I can’t and don’t want to give financial advice via this blog. But I do have 7 quick points I’d like you to consider going forward. Take them with however much salt you want.

1. Your 401ks/IRAs are not getting fatter because you’re a financial genius. It would take an extraordinary idiot to lose money in this go-go market. You and I aren’t “making money.” We’re just riding the wave and the wave is the market. Don’t let yourself get all deluded and crazy-thinking. Therein lie the seeds of doing something really dumb with your investments. The numbers in your savings are whirling higher. But it’s not because you’re a financial whiz kid. You’re riding the market, and the market is spinning the numbers.

2. Don’t get greedy. Do not let yourself be seduced into shifting your stock/bond/cash allocations toward more stock, not right now.

I know there’s frothy market talk about how yield curves are different “this time,” and how valuations are lower than the ledger sheets say they are because the corporations are rich on tax cut money, but that’s goofy talk. Productivity hasn’t changed.

There are no “deals” to be had, no “buys” to be bought in this lofty market. Everything is trading at more than it’s worth. Stocks are more than full value of the underlying investments. Don’t try to squeeze that last bit of profit out of this bull run.

3. If your stocks have grown out of proportion to where they should be (whose haven’t?) hold your nose, rise above greed and shift some of them back to bonds and cash. It will hurt a bit. After all, the bull is busting through upside records every few days. Stock values are swelling, bonds are stagnant and cash doesn’t pay much.

What kind of fool do I think you are, telling you to shift $$ from red-hot money-makers to the flat-as-pancakes money-holders?

The question you have to ask yourself is can you handle it emotionally and financially if and when your stocks stop going up like a rocket and start falling straight back down again? If you are anywhere near retirement, and you’ve been letting your coin ride, you almost certainly need to take a healthy slice of your profits off the table. If you are decades — and I mean decades, not years — away from spending your savings, you can let it ride if you want to. But don’t look when it drops. Don’t even look.

Personally, I was always the type who had to have ballast in my portfolio somewhere. I just didn’t like riding a roller coaster. So, I gentled out the dives, even though it meant flattening the peaks a bit, too. When you’re saving for the distant future that can cost you some profit. But it prevents the heartburn of living through total meltdowns, as well.

None of that applies to you if you’re dealing with money you need to spend. You must forego short-term profit for stability. Otherwise, you may end up sucking financial air and going down for real.

4. Don’t decide to go all conservative after the party is over and the bear is growling. Do it while the market is high, or take your medicine and suffer through the drop later. It’s never a good idea to react your way into switching basic strategies. The key is to pick solid investments, diversify wisely, put your savings in a ratio of stocks and bonds that provides a parachute for crashes, but that lets your money earn. Then get on with your life. The market makes the money, not you. You won’t increase your savings by looking at them all the time.

On the other hand, there’s no ratio god whose almighty commandment you’re violating if you tinker a bit. If you pick good investments in the right ratios, you’ll probably end up with more money if you leave them alone. But if you’re the kind of guy or gal who’s just gotta play with your investments, limit it to parameters. Set a rule that, say, you can shift your ratios by as much as 10%, but only once a year. That won’t doom you to an impoverished old age. It will almost certainly end up costing you some money. But it’s survivable.

5. Don’t get all down on yourself when the market tanks. When the market lands on its face and your savings shrink like a cheap cotton t-shirt in a commercial dryer, it won’t be due to any mistakes you made. It’s the market that’s going down, not your financial IQ. You weren’t a genius when your money was growing, and you’re not an idiot when it’s shrinking.

Let go of that thinking. That kind of irrational it’s-all-about-me approach will lead you straight into doing things that can cut your retirement money in half and then cut it in half again. Don’t shift money from bonds and cash to stock in a market that’s near its top, and don’t turn around and dump your stocks in a market that’s bumping along the bottom.

6. If the economy overheats enough, we could see inflation and high interest rates. Or, if it all comes unwound, we could see deflation. We might even get away once or twice with regular corrections of 20% or so.

But our government has put us back on the old boom-bust cycle of the early part of the 20th Century, along with the nasty twist of historic national debt and massive unfunded liabilities. The New Deal, which the authors of these “reforms” dislike so much, gave this country 70 years of the greatest prosperity the world has ever seen, all without a repeat of the Great Depression. Before the New Deal, the market was crashing and pushing this country into depressions at regular intervals, and each crash was deeper and harder than the one before.

I have no idea how long the bull will run. And I have no idea whether it will end in a cataclysmic crash or a healthy correction with a crash to come in the future.

7. I believe we are in a super bull market, that’s been hypered into existence artificially with money that the government will need to keep us going in the future. Historically, these situations have not ended well.

All I know for sure is that people like you and me are in the market with our life savings. Our savings aren’t money for another yacht or a private island. Our money is survival-in-our-old-age money.

We the People are buying this super bull run with a big corporate tax cut. We’re financing it.

The big “tax cut for the middle class” that the bill’s supporters talk about is a temporary cut. It’s designed to smooth out public resistance to the bill before the next election. Our taxes will go back up, because our tax cut is a temporary political device.

On the other hand, the tax cuts we’re giving the corporations and the wealthy are permanent.

When it comes time to pay for this, who do you think will be expected to pony up? I’ve seen and voted on many of the features of this bill before. I’ve also seen how it played out over time, both in Oklahoma and in two other states. That’s why I’m writing this post.

I want to remind you not to get euphoric because this wheezy old bull is running like a young calf. This is an artificially created, over-stimulated super bull market. Make money while it’s running, but keep a good bit of your powder dry.

Don’t get greedy and don’t expect it to last forever. No matter what you hear, reality is still real. It’s not going to be different this time. 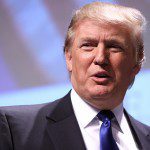 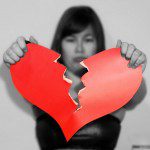 January 24, 2018 My Heart Attack Did Everything It Could to Warn Me
Recent Comments
3 Comments | Leave a Comment
Browse Our Archives
get the latest from
Public Catholic
Sign up for our newsletter
POPULAR AT PATHEOS Catholic
1

Catholic
It's the Economy vs the Virus. Either Way,...
Public Catholic 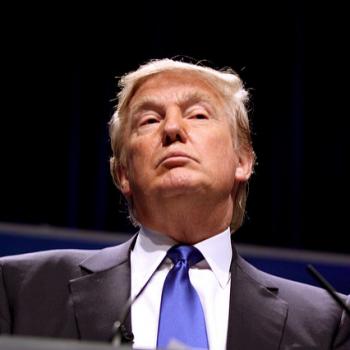 Catholic
Will You Vote for Lies, Race Hatred and...
Public Catholic 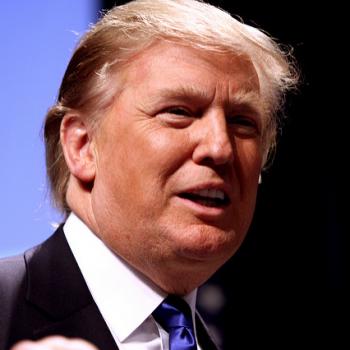