House Chaplain Rescinds His Resignation. Will He Keep His Job?

House Chaplain Rescinds His Resignation. Will He Keep His Job? May 4, 2018 Rebecca Hamilton

As usual, Deacon Greg has the story.

Father Patrick Conroy has rescinded his resignation as House Chaplain. That puts the ball squarely in the court of Speaker Ryan.

Instead of bullying Father Conroy into “resigning” under duress, the Speaker now has to come out in public and fire him. And that will involve the full House and all its members.

Will the Speaker fire Fr Conroy?

So far, all Rep Ryan has done is accept Father Conroy’s move to undo his prior resignation. That reinstates him as House Chaplain.

I don’t know, of course, but given the amount of attention this has received, I think it’s entirely possible that Speaker Ryan will leave Father Conroy in place and tell the members of his caucus (who were probably hissing and spitting about wanting him fired) to bide their time. If the Republicans retain control of the House in November, which wouldn’t surprise me, they can replace Father Conroy with a properly partisan Protestant, or a Republican trophy priest, either one of whom will place a faith-based imprimatur on everything they do.

Christian religious leaders who try to lead according to their faith always get in hot water, especially when the issue at hand concerns justice to the poor and disenfranchised. Granted, there aren’t many of those kinds of religious leaders around. Many of those who still exist wear the Roman collar.

I’ll write more about the ramifications of that. For now, it’s enough to say that Father Conroy un-resigned and now has his job back.

May 3, 2018
Paul Ryan Wants to Fire the House Chaplain. Why?
Next Post 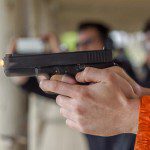 May 7, 2018 Gun Control Will Not Stop School Shootings
Recent Comments
1 Comment | Leave a Comment
Browse Our Archives
get the latest from
Public Catholic
Sign up for our newsletter
POPULAR AT PATHEOS Catholic
1

One response to “House Chaplain Rescinds His Resignation. Will He Keep His Job?”