If Jesus is God, and He Meant the Things He Said, Then Torture is Wrong

If Jesus is God, and He Meant the Things He Said, Then Torture is Wrong May 15, 2018 Rebecca Hamilton

How about slavery? Is there anything wrong with that?

Let’s talk about rape and sexual assault. Is there a moral problem with those things?

Then politics did its usual we’re-sick-of-these-guys flip over, and for two years we have witnessed right-wing religious leaders and their blind followers defend rape and sexual assault, lying constantly about everything, adultery, pornography, bullying, racism and child molesting. I don’t recall anyone actually giving a defense of slavery, but I am sure that if the Party of Lincoln decided to reverse its position on that as it has so many other things, I would see religious leaders line up in favor of slavery.

Our “conservative” religious leaders have, in the name of following Trump and the Rs, taken one stand after another in direct opposition to the Ten Commandments. These are the same Ten Commandments that they demand be put on plaques just about everywhere. It’s as if they think that morality resides in the plaque rather than actual obedience to what those Commandments demand of us.

Notice, that I didn’t mention torture in this assessment of recent right wing heresy. Conservative religious support for torture came earlier in the century, when America’s political leaders decided that torture was the solution for getting information from the networked, insular group of Muslim terrorists who were behind 9/11.

Torture is one of those insidious sins that shatters the tortured person right down to the core of their personality and at the same time also destroys the torturer. It is a simple fact that torture can make any of us do or say anything, that it breaks people so thoroughly that they cannot be put back together in their previous psychological form.

A nation that has a policy of doing this to other people is morally bankrupt. Christian religious leaders and their followers who support torture are as morally bankrupt as the policy itself. Their flaccid claim to faith is bogus. And their “witness” for Christ is a repudiation of Him.

Traditional Christians have abandoned Christ in their push to support the Republican Party. The ungodly things they support in the name of political pragmatism belies their faith and drives other people away from Christ.

Christian religious support for torture wasn’t the beginning of the fall from grace for American Christianity. It was the culmination of a decades-long devolvement away from Christ.

Conservative religious leaders didn’t fall into the pit when they decided to support torture. They were, in truth, already down there. Their fall away from Christ began the day that they decided to sell their moral and prophetic voice to the Republican Party. The day each one of them made that decision was the day they stepped from the Narrow Way onto the Broad Path that leads to perdition.

By the time the Bush administration decided that torture was the way to go, these religious leaders had already made so many compromises between the Gospels and party politics that condoning torture was just one more step.

Following them and the party down into the nightmare world of utter debauchery, dehumanizing sadism, and cruelty-for-fun that is torture came as easily for their besotted congregations as pushing the down button on an elevator. Jesus Christ? How was it possible for them to run afoul of Him? After all, these politicians who wanted to use torture were opposed to legal abortion and had 100% ratings with National Right to Life. That meant anything else they did was righteous … didn’t it???

In the middle of the second year of our return to yet another Republican administration, we are back at torture once again. Our amoral president has appointed a rogue’s gallery of anarchist nut jobs to important government positions, including backers, promoters and practitioners of torture from our recent dark national past.

I have no doubt that the kewpie doll Republican religious leaders will line up as they are told and support this latest venture into the dark side along with everything else. I also do not doubt that many millions of previously honest followers of Christ will, once again, toss Him aside and go all-in for what their political party requires of them, as well.

Then the vicious name-calling and attacking of anyone who dares to say that, well, this is … ummmm … wrong, will begin apace. It won’t be long before the followers of the little g god of party politics will be reviling those who say that torture is a denial of the very basis on which we build our faith — which is that human beings are so precious that God Himself became one of us to save us from our sin. God Himself tried to tell us we were so valuable that God numbered each hair on our heads.

The Catholic Church,which teaches that torture is an intrinsic evil, has its own dark history in this regard. This history, which is 500 years in the past, is a cautionary tale of what happens when ambitious religious leaders try to combine their awesome power to speak moral truth with the sledge-hammer force of government.

Religious leaders and political leaders who try to mix their vocations end up falling into the temptation of taking a kind of faux godhead onto themselves. They become truly horrible.

There are few things more truly horrible than torture. It is impossible for someone who hasn’t been there to know what it is like to be utterly helpless in the hands of satan when he stands on two legs and looks at you through human eyes. There is no alone like the Alone of the torture victim.

Torture shatters people to their core. It destroys their own understanding of themselves as fully human. No one who is tortured will ever be the same again.

The interesting thing is that it does the same to the torturer. Torture is a shade of murder. In fact, murder and torture are often part of one act. If we allow a national policy of torture, the move to a national policy allowing summary executions and police torture of American citizens is a small step away.

Nothing stands between us and the pit except the value individual human beings hold before God in Christ. Once we deny that — and accepting torture absolutely denies it — anything is possible.

The torturer reduces another person to less than human, and by doing that, becomes less than human themselves. They, just like their victim, are trapped in the torture forever.

Christians cannot condone torture and follow Christ at the same time. Torture, like abortion on demand, is a direct and absolute denial of the intrinsic value of human beings, because they are human beings. It is an attack on the Image and Likeness of God which resides in each one of us.

You cannot do that to other people without also doing it to yourself. If human beings mean nothing, then you mean nothing. If any human being is not made in the Image and Likeness of God, then you are not, either.

Torture, like deliberate murder, directly denies the sovereignty of God. It is a sin against all that is human. It destroys the torturer on a profound, moral and spiritual level.

This circle of destruction is wide. It encompasses those who support torture, as well as those who do it. If we support torture, we become part of the tribe of torturers. We also become a link in the chain of ungodliness that is destroying the American psyche.

It is, really, quite simple.

The Ten Commandments are not something just to put on a plaque and then ignore. They are meant to be obeyed.

The Beatitudes are not just an ancient stand-up comedy routine by a first century entertainer. They are the words of God, speaking directly to us. The Beatitudes fulfill and complete the Ten Commandments. They, too, are meant to be obeyed.

Read the Gospels. If Jesus is God, and He meant the things He said, then torture is wrong.

If every human being is made in the Image and Likeness of God, then torture is wrong.

If we want to go to heaven, then we must follow Christ and not either one of these ruinous political parties.

If religious leaders ignore the Gospels to teach political pragmatism as morality, then they are false leaders who teach lies.

For more about this issue, check out The Return of Torture by Mark Shea, who came out against torture early on and has never wavered from this position.

May 12, 2018
Alfie Evans' Death was Murder by Judicial Fiat
Next Post 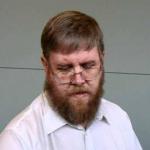 May 23, 2018 Mark Shea is a Nice Guy. He's Also Brave to the Point of Not-So-Smart.
Recent Comments
19 Comments | Leave a Comment
Browse Our Archives
get the latest from
Public Catholic
Sign up for our newsletter
POPULAR AT PATHEOS Catholic
1

Doubt is Part of Faith, So Why Is...
When I was a child, my beloved great-grandmother passed away. She was...
view all Catholic blogs
What Are Your Thoughts?leave a comment

19 responses to “If Jesus is God, and He Meant the Things He Said, Then Torture is Wrong”