Strike the shepherd and the sheep will be scattered and I will turn my hand against the little ones. Zechariah.

You will all fall away. For it is written, strike the shepherd and the sheep will be scattered. Jesus Christ

The evidence is piling up that Cardinal Theodore McCarrick is a long-standing sexual predator. It appears that this was an open secret inside upper-level Church circles, but the boys in black kept mum and covered for him.

Evidently, at least one priest who had been assaulted by McCarrick went to the Vatican on his own dime to try to stop the move to make this predator a cardinal. He was ignored, and McCarrick not only became one of the handful of priests who get to choose the next pope, Pope John Paul II put him in charge of the Church’s response to the child sexual abuse scandal here in America.

A lot of people are finding their faith in the Church on the block because of this. The McCarrick scandal runs higher than local bishops who abandon children to child molesters. It reaches all the way to the throne of Peter. It hints at a self-deifying and ruthless priesthood in the grip of a culture of indifference to its own sins, no matter who those sins harm.

That’s a bitter pill for honest, devout Catholics to swallow. The people hardest hit by this are the honest ones who face reality and don’t try to fantasize their way out of it. The people I know who are expressing anguish over this are the faithful, devout Catholics who’ve built their lives around following the Church and who have the courage to face reality on reality’s terms. They are the remnant faithful in this time of political heresy, dissolution and devolution.

For the most part, Catholic writers are ignoring the McCarrick scandal. Striking as it does directly at the leadership of Pope John Paul II, it shakes the foundation on which a good many modern Catholic faithful have built their lives. It is too big, too meaningful, to wrap up in neat aphorisms and cotton-candy bromides.

“Even Jesus had his Judas,” Mother Angelica famously reminded us when the clergy sex abuse scandal first broke so many years ago. But the McCarrick revelations take the whole thing far beyond Judas bishops who, acting on their own corrupt amorality, enable child molesting priests. If the things that are coming out prove true, Pope John Paul II put McCarrick in charge of dealing with the scandal long after McCarrick had been credibly accused by another priest.

That makes the pope himself one of those Judas bishops. It changes even Jesus had his Judas into a question, and that question is, When it comes to questions of sexual assault, is the Church itself Judas?

This is the first of several columns I’m going to write about this. Tomorrow I’ll write a bit about what happened to a friend of mine who was asked to be the head of McCarrick’s panel on sexual abuse of children by priests. Then, I’ll write about the Church’s on-going refusal to take sexual assault seriously, right up to this day. Finally, I’ll write about living out our faith in today’s world. 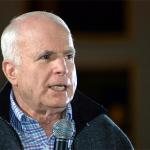 July 17, 2018
Sen John McCain: "No Prior American President has Ever Abased Himself More Abjectly Before a Tyrant"
Next Post 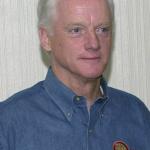 Welcome to Lent
Throughout much of Christian history, followers of Christ have used the 40...
view all Catholic blogs
What Are Your Thoughts?leave a comment