Our Rape Culture Runs on ‘Friends’ Who Don’t Stand Up for Victims September 26, 2018 Rebecca Hamilton

It turns out that the source of the New Yorker story about Judge Kavanaugh’s second assault was not the accuser herself. It was her Yale classmates who were chattering on email about Kavanaugh’s assault on Ms Ramirez and wondering if the story would “come out.”

That, in the real-world of sexual assault, is what happens. Everybody knows, but nobody is willing to step forward and help the victim. Instead, they stand around and watch while the victim is assaulted a second time, this time by the supporters of sexual assault in the larger community.

It is also why it can take decades for victims of sexual assault to come forward, if they ever do. They walked the gauntlet of everybody knowing, of the jeers, whispers and humiliation when this happened to them. They relive it in their nightmares, flashbacks, and many avoidances every single day of their lives. The terror of being a sexual assault victim doesn’t go away in time. It does not fade. And the searing pain of being the object of public derision because of what happened can cut just as deeply as the assault itself.

It’s clear that many of Ms Ramirez’ classmates knew about what happened to her. It’s equally clear that none of them have the courage to step up and support her. They would rather let a sexual predator go on the Supreme Court than speak out and tell the truth of what they know in a public forum.

Think about that. It didn’t happen to them. They didn’t experience the humiliation, terror and pain of sexual assault. But they are still too scared and — dare I say it? — too cowardly, to step forward and just say, yes, it happened, I heard about it at the time.

They are keeping to their role of allowing the victim to be re-victimized as many times as she dares to seek justice. They are, as they crouch in their coward’s corner, the main gears of the engine that runs this rape culture in which we live. They are its most valuable supporters.

Cowardly lions are at a surfeit when it comes to reports of sexual assault. Witness our big, brave senators, hiding behind a woman they’ve hired to do their jobs tomorrow by questioning Dr Ford for them.

These Republican men of the Senate Judiciary Committee have already decided that they don’t care if their nominee is an attempted rapist with a list of other sex crimes. They don’t care what Dr Ford says. They are going to vote to put Judge Kavanaugh on the United States Supreme Court where he can make rulings that affect the lives, freedom and well-being of sexual assault victims for generations to come, regardless of the facts.

They will vote in lock step with their party. These Republican men on the Judiciary will vote to rubber stamp the nominee of a president who is himself a sexual predator. But they don’t want to take the hit in the upcoming election for being the misogynists they are.

So they hired a woman to do the deed and conduct the hearing for them. She, and not they, will question Dr Ford. They want a lynching. But they don’t want to put their hands on the rope.

Let’s be clear about this. This woman they’ve hired has no business conducting a Senate hearing. The reason is simple. She is not elected. She does not represent the people. It is not her job.

These cowards on the Senate Judiciary Committee should do their own jobs and conduct this hearing themselves. It is their job. They were elected.

But, cowardice is never in short supply when it comes to sexual assault. It is, rather, the order of the day. Victims of sexual assault go through an aloneness during the assault and afterwards that echoes throughout the rest of their lives. They feel set apart, permanently alienated from the human race.

The behavior of Ms Ramirez’ classmates in gossiping about what happened to her and then not stepping forward to back her up is typical of the way in which sexual assault victims are forced to remain victims all their lives. Ditto for Dr Ford’s classmates.

It has never failed to amaze and sadden me how quickly Christians line up behind sexual predators and how slow they are to speak out on behalf of the victims. This is what fueled the priest sex abuse crisis. It is what allowed it go on for decades.

Behind every sexual assaulter lies the assurance that he can get away with it. And that assurance is based on the rock-solid knowledge that the public at large will side with him instead of his accuser, and that those who know about it will never, not ever, step forward to support her.

Sexual assault isolates victims. And the many people who know, gossip, sneer, joke, and ultimately abandon her are why.

On Sunday night, the New Yorker’s Jane Mayer and Ronan Farrow broke the story that Ramirez, who attended Yale University with Kavanaugh, said he drunkenly exposed himself to her in college and thrust his genitals in her face without her consent during a drinking game. In the process of pushing Kavanaugh away, Ramirez told the New Yorker she touched his penis.

“I remember a penis being in front of my face,” Ramirez told Mayer and Farrow. “I knew that’s not what I wanted, even in that state of mind.”

This is the second allegation of sexual assault or misconduct brought against Kavanaugh by a woman. Kavanaugh’s first accuser, Christine Blasey Ford, said he sexually assaulted her while the two were in high school. Kavanaugh has denied either incident happened.

Explosive new sexual misconduct allegations against Supreme Court nominee Brett Kavanaugh brought by Ramirez broke in the New Yorker on Sunday night, but they’ve reportedly been a topic of discussion among Kavanaugh’s Yale University classmates for some time.

Mayer said she and Farrow saw emails sent between Yale alums discussing the incident back in July, before Kavanaugh’s first accuser Christine Blasey Ford went public with her accusations of Kavanaugh sexually assaulting her when the two were in high school.

“The story broke overnight, but it dates back 35 years,” Mayer told NBC News’s Savannah Guthrie on Monday morning. “What happened was, the classmates at Yale were talking to each other about it, they were emailing about it. We’ve seen the emails, back in July before Christine Blasey Ford came forward, and eventually word of it spread. It spread to the Senate. It spread to the media. And we [the New Yorker] reached out to her.” 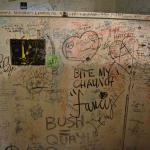 September 26, 2018 Third Kavanaugh Accuser Steps Forward. The Charge is Gang Rape.
Recent Comments
3 Comments | Leave a Comment
Browse Our Archives
get the latest from
Public Catholic
Sign up for our newsletter
POPULAR AT PATHEOS Catholic
1

All Saints Day: A Time To Remember
It is hard to believe, but the end of the year is...
view all Catholic blogs
What Are Your Thoughts?leave a comment