I read about the pope bomb which was sent to Mr Soros early this morning. Evidently, the bombs sent to the former presidents and CNN were found later. From what I’ve seen on the news, there is strong evidence that the bombs were sent by the same people.

There was evidently what is being called a “hoax” device sent to Governor Cuomo of New York.

October 24, 2018
Is Your Family Physician the New Doctor Death?
Next Post 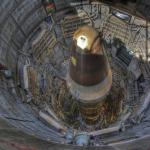 October 25, 2018 The News in 10. Putin Says Russia Will Target Nations Hosting US Missiles
Browse Our Archives
Follow Us!