They Did Everything But Rope a Democrat to the Podium, Cut Out His Heart and Drink His Blood.

They Did Everything But Rope a Democrat to the Podium, Cut Out His Heart and Drink His Blood. January 13, 2020 Rebecca Hamilton

They did everything but rope a Democrat to the podium, cut his heart out and drink his blood. It was a religious rite of sorts, but the religion wasn’t Christianity and the “god” had nothing do with the Carpenter from Nazareth.

I am referring to the ordination of Donald Trump as the high priest of the Political Heresy. This took place in the battleground state of Florida at King Jesus International Ministry, a Hispanic evangelical megachurch that evidently doesn’t mind anti-Hispanic race-baiting. The rally was the kick-off of a little organization that calls itself “Evangelicals for Trump.”

This organization is, in a very real way, the direct inheritor of the legacy of the Moral Majority, which began 40 some odd years ago. It caused the politicization of Christianity and the rise of the so-called “Christian Right” and leads down a straight line to where we are now.

The Moral Majority was never even vaguely Christian. It traded in lies, vicious partisanship and smear campaigns from the start. I am not guessing about this. I was a target of the Moral Majority back in my misspent youth when I was the NARAL Director for Oklahoma and then when I first ran for public office.

They backed men who molested and assaulted women and who engaged in all sorts of sexual perversions back then. I knew these men. I know the moral majority did this. They engaged in vicious lies against anyone they decided to target with their venom.

The religious right has brought this country to the polarized danger point we now inhabit. They drove Democrats out of the pro life movement. I witnessed this first hand. After Roe, Democrats were actually more pro life than Republicans. It was Democrats who authored the first Constitutional amendments overturning Roe. I know this because I opposed them.

I watched as the religious right came on the scene and began lying about Democrats. They attacked pro life Democrats without mercy. They lied and lied and lied.

It was never about saving the lives of unborn babies. It was always about gaining power for themselves. The religious right was a lie from the first day.

I am not guessing about any of the things I just said. I know them. Let me repeat that: I know them.

I lived them, both as a convinced advocate for legal abortion, and later as a pro life Democrat who passed a lot of pro life legislation.

What happened last week was the latest step in the natural line of debauchery that the religious right has followed since its inception. The damage they have done to the witness for Christ in this country is incalculable. They have driven millions of people away from Jesus. They have split America into two warring camps. And they have kept abortion legal for over 50 years.

We could have overturned Roe a long time ago if we had worked with both political parties and all people. If the religious right had not positioned pro life as an anti-woman, Republican-only right wing vote getter, we would have stopped legal abortion and done it without destroying America.

What we would not have done is empower the parasitic billionaire class to take over our government and steal this country blind and allow anti-Christ political religious leaders to lead millions of well-intended Christians away from the Cross.

These religious leaders are indeed “blind guides” who will not enter the Kingdom of God themselves, and who will also not allow others to enter it.

Make no mistake about it. The political heresy is a repudiation of Jesus Christ. It shoves Him off His throne as King of Kings and Lord of Lords and puts false political gods in His place. It defies the teachings of the Gospels and places a false teaching of right-wing carnality and greed in their place.

Jesus, as usual, said it first and best. You cannot serve two masters.

You cannot kiss Caesar’s ring and bow down before him, then enter directly into the Kingdom of Heaven. There’s a transition called repentance and conversion that must come first.

I don’t have any hope that it is possible to reach people who are totally besotted with this false gospel of political salvation and worship of Trump. I would like to, but I don’t think I can. Maybe later. I think the day will come when they will see. But not today.

Today, I am speaking to that smaller group of people who still love Jesus in spite of the lies that these fallen ones tell about Him and who feel alienated by what is happening to our churches.

My message is simple: Don’t be afraid.

Jesus Christ has overcome the world. He has broken satan’s spell. All you have to do is look at the cross.

If you sincerely seek Him, He will find you. He will guide you, protect you and keep you safe in His Eucharistic Heart. There is nothing to fear; not even death.

For now, I am going to offer a simple suggestion. Pray the Seven Sorrows of Mary. I will write about this wonderful prayer in depth. But for now, I’ll just direct you to a website where you can learn more. Go here, my friends. Learn about the Seven Sorrows and pray them.

John Fea, a lifelong evangelical, wrote a touching commentary on last week’s event. We are witnessing our religious leaders as they bow down before Caesar. We are watching as they destroy much of American Christianity. His grief because of this is palpable.

… Trump the strongman was on display. Like autocratic leaders before him, he stirred fear among his people and offered them safety under his regime.

At one point in his speech, Trump rattled off the names of the Fox News personalities who carry his water on cable television. The crowd roared as the president read this laundry list of conservative media pundits.

This rhetorical flourish was all very appropriate on such an occasion because Fox News, more than anything else, including the Bible and the spiritual disciplines, has formed and shaped the values of so many people in the sanctuary. Trump’s staff knows this. Why else would they put such a roll call in the speech?

At times, it seemed like Trump was putting a new spin on the heroes of the faith described in the New Testament book of Hebrews. Instead of Abel, Enoch, Noah, Abraham, Isaac, Jacob, Sarah, Joseph, Moses, David and Samuel, we got Sean (Hannity), Laura (Ingraham), Tucker (Carlson) and the hosts of “Fox and Friends.”

I am used to this kind of thing from Trump, but I was stunned when I witnessed evangelical Christians — those who identify with the “good news” of Jesus Christ —raising their hands in a posture of worship as Trump talked about socialism and gun rights.

I watched my fellow evangelicals rising to their feet and pumping their fists when Trump said he would win reelection in 2020.

Trump spent the evening mocking his enemies, trafficking in half-truths in order to instill fear in people whom God commands to “fear not,” and proving that he is incapable of expressing anything close to Christian humility.

His evangelical supporters loved every minute of it. That night, Christians who claim to be citizens of the Kingdom of God went to church, cheered the depraved words of a president and warmly embraced his offer of political power. Such a display by evangelicals is unprecedented in American history.

I usually get angry when members of my tribe worship at the feet of Trump. This time, I just felt sad. (Read the rest here.) 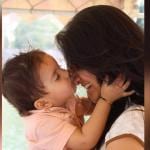 January 10, 2020
Rape is the Twin Brother of Abortion. We Must Oppose Them Both.
Next Post 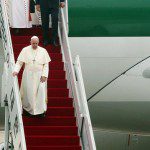 January 14, 2020 Ex-Pope Benedict Undercuts Pope Francis on Priests and Celibacy
Browse Our Archives
get the latest updates from
Public Catholic
and the Patheos
Catholic
Channel
POPULAR AT PATHEOS Catholic
1

On Harassment and Spiritual Abuse in...
Steel Magnificat
Related posts from Public Catholic

A House Divided
For the past few years, I've written a baseball poem about watching...
view all Catholic blogs
Copyright 2008-2021, Patheos. All rights reserved.