Where are the Collars? Updated.

I’m going to write more about this whole issue later. But for now I have one question I would like answered.

WHERE ARE THE COLLARS?

I mean where are you? What are you doing that could provide a better witness to the love Christ?

Why don’t I see your collars, shining in the sunlight as you walk in support of bringing an end to what amounts to lynchings?

I’m not talking about issuing statements full of the usual platitudes and then going back to your administrative meetings. I’m talking about acting in the spirit of Blessed Stanley Rother who said a shepherd cannot run.

You tell us that you are another Christ, that you speak for Him. I’m one of those oddballs who actually believed you. Now stop proving me wrong

Get out there and show us that you mean it, even when it really does come down to standing for the least of these. Would police shoot you? Would Trump use the military against you? I don’t think so.

I repeat: Where are the collars?

Update: After publishing this, I actually found a story about a Catholic bishop who “took a knee” in solidarity with the protest. Go here.

All I can say is Thank God.

June 4, 2020 Catholic Bishop Takes a Knee in Solidarity with Protestors
Browse Our Archives
Follow Us! 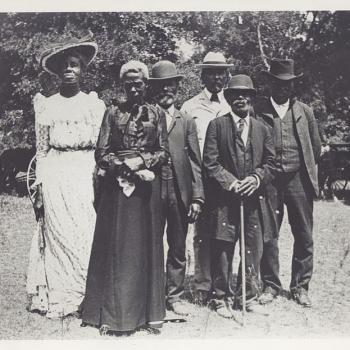