Father James Altman’s Rant Against the Archbishop of Detroit: Watch It and Weep.

Father James Altman’s Rant Against the Archbishop of Detroit: Watch It and Weep. June 22, 2021 Rebecca Hamilton

I debated about posting this video here.

This is a video of Fr James Altman, ranting and yelling because Archbishop Allen Vigneron of Detroit asked him not to make a speech to a group in his diocese.

Father Altman has equated the lynchings of black people with capital punishment, and puffed up talk about a civil war here in America. He is using his position as a priest to build a media business that puts money in his own pocket. He has raised at least $640,000, supposedly to use to defy his bishop’s demand that he resign his position as pastor of a Catholic parish.

He is not in obedience to his bishop, and I don’t think his disobedience has anything to do with Christ. I believe it is about money, power and his absolute fealty to extreme right wing politics, violence and anarchy.

Whatever Fr Altman may have once been, I think he is now just another right wing demagogue.

June 21, 2021
Politicians the Church Did NOT Excommunicate: Who Got a Pass?
Next Post 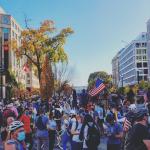 June 28, 2021 Did the Bishops Think We Would Support Excommunicating the President?
Browse Our Archives
get the latest from
Public Catholic
Sign up for our newsletter
POPULAR AT PATHEOS Catholic
1

Today is a Perfect Day
It's a grace to recognize gifts. Yesterday, the gift of searing a...
view all Catholic blogs
Copyright 2008-2021, Patheos. All rights reserved.