Justice Antonin Scalia and the Foolishness of Christianity

Upon hearing of Justice Scalia’s death, I was reminded of a post I wrote about a talk of his that I attended three years ago. I was not sure what to think of the man before I went, but as I describe in the post below,  I left impressed by his strong faith and powerful encouragement.

One may not agree with all of his opinions, but no one can deny that Justice Scalia was an intelligent, principled man of reason who believed in objective truth.

Now, three years after that talk I went to, the world is an even tougher place to live out our faith. One of my sisters reminded me of The Little Sisters of the Poor who are due to be in the Supreme Court shortly to defend their right to serve the poor in keeping with their faith. They certainly just lost an advocate on the Court. We all have.

May Justice Scalia rest in peace, and may he bring our nation’s many needs before God.

I recently had the opportunity to hear Justice Scalia address a crowd of over 500 enthusiastic Catholics. I was not sure what to expect from one of the most influential Catholics in the country. Scalia has a son who is a priest, so I assumed his faith would be alive. But I wondered if it would be the dry faith of a powerful intellectual or a faith that would inspire. It turned out to be the latter.

Scalia began his talk by considering the etymology of the word cretin and pointing out that the origins of the word may have derived from the French word for Christian, chretien. And truly, Scalia pointed out, members of Christianity, from the beginning of its history, have been considered fools for believing such things as miracles, particularly the miracle of the Resurrection.

But Scalia argued that it isn’t irrational to accept the testimony of eyewitnesses to miracles. “What is irrational,” he said, “is to reject a priori, with no investigation, the possibility of miracles in general and of Jesus Christ’s resurrection in particular — which is, of course, precisely what the worldly wise do.”

Scalia then went on to discuss the roots of this scorn for deep faith, even in the United States, a country that is widely considered to be deeply Christian from its very beginning. But Scalia pointed out that even among our Founding Fathers, this scorn for anything without sound rational basis (in their opinion) was evident.

Thomas Jefferson, a son of the Enlightenment, once revised the Gospels to “remove the gold from the dross.” Jefferson was convinced that the Gospels had some worthy information and some information that was added later by his “superstitious biographers.” Jefferson’s version of the life of Jesus removed the miracles, included some of Jesus’ ethical teachings, and then ended abruptly with Jesus’ death and the stone rolling over the tomb.

Scalia then went on to talk about a more modern example of the blindness of a rationalism gone too far. A priest near his home in DC was discovered to have the stigmata and statues would weep when he was near them. A Washington Post reporter witnessed the statue weeping and could only say, “There’s has to be a trick here.” Scalia asked the crowded room why non-believers don’t flock to places like this to verify for themselves. The answer is obvious he said, “The wise do not investigate such silliness.”

The wise do not investigate such things as the Resurrection or miracles because they believe they are informed enough about the world to know that such things are impossible. Therefore, they assume that people who actually believe in miracles are foolish and peasant-like. But they base their beliefs, not on investigation, but on flat out rejection of the possibility.

I can certainly relate to this arrogance. When I was an atheist, I disdained Christianity and believed that Christians were ignorant because their views did not fit in with my world view. This type of thinking is rampant in our society and is only too evident with discussion regarding such things as the Catholic view of contraception or Christian beliefs regarding marriage. The point of view of the wise is that only bigoted idiots would believe the things we believe. There can be no other explanation in the minds of the worldly wise. Our point of view is not even thought of as rational enough to be considered.

Scalia ended his talk by considering St. Thomas More, a man who died to defend a corrupt Church and papacy, and considered by many, including his wife, to be a fool for accepting martyrdom. More gave his life because he refused to sign an oath that disparaged the pope and Henry VIII’s marriage to Catherine of Aragon. Scalia pointed out that Pope Clement XII, the pope during the time of More, was not one of the most reputable popes in history. And yet, More saw beyond the current circumstances and believed in the permanence of the Church that Jesus established.

As Scalia’s talk came to a close, he said to the crowded room, “I hope to impart to you the courage to have your wisdom regarded as stupidity.”

Of all the people to share this message, perhaps it was best imparted by one of the most brilliant, powerful Catholics in the United States. As Scalia left the room, followed by several Secret Service agents, the pride in the room was palpable. We were all ready to accept derision and scorn for our Christian faith.

We were ready to be fools for Christ.

As this Lent continues, we pray to Jesus that we may have the courage to stand up for the Church’s unpopular stances. And if we do not agree with some of the Church’s teachings, we ask Jesus for the humility to openly investigate and try to understand why the Church teaches what She teaches. Help us to understand the Church’s teachings on every subject –justice for the poor, respect for life from conception to natural death, the priesthood, family and every teaching that will help us to be better Christians.

Help us Lord to cling to the wisdom of the Church even in the stormy times of derision and scorn.

And may Justice Antonin Scalia rest in peace. 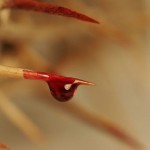 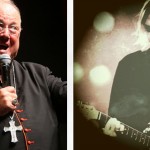 Not a Gumball God - A...
Faith on the Couch
Related posts from Pursued by Truth 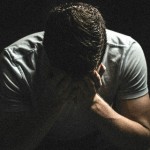 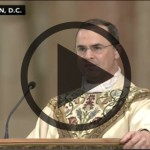 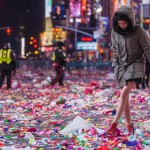 Catholic
Make a New Year's Resolution for the Year...
Pursued by Truth 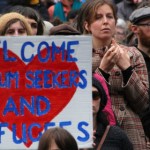