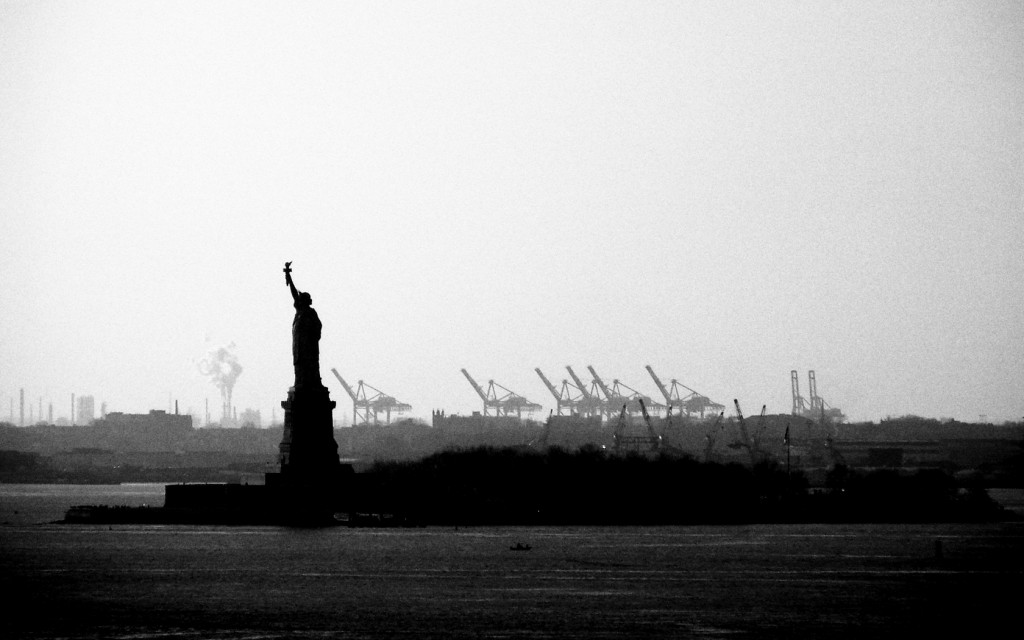 There is perhaps no misunderstanding of theology that has more greatly damaged Christian witness in the United States than the conflation of Christ and nation. A generation of in-crowd religious conservatives have sold this self-pleasing agenda in our churches and public squares, and broad swaths of young people (and others) turned off by the confusion of spiritual and temporal power have stumbled and lost their faith. Into this contrived mess, Martin Luther’s 500-year-old teaching on the Two Kingdoms brings a message of wisdom and balance that we evangelicals desperately need if we hope to reclaim our cultural credibility.

Martin Luther’s 16th century Germany was a world dominated by the confusion of spiritual and temporal power. Popes held authority over governmental princes and attempted to wield earthly power by means of the sword. Meanwhile, governmental authorities attempted to rule over the hearts and minds of their subjects and impose “proper” beliefs. Luther confronted both false uses of power and in “Temporal Authority: To What Extent It Should Be Obeyed,” he issued careful clarifying guidelines for the recognition of God’s left and right hand work on earth. This was not only a theological treatise, but a pastoral word written to John the Steadfast, the Duke of Saxony, by all accounts a Christian who wanted to know how to exercise his government role as a Christian.

The teaching of the Two Kingdoms, in short, is this: God has both a left and a right hand by which He works in our world. With the left hand, He uses temporal authority–authority which He establishes for the sake of restraining evil in society. This temporal authority is given the tool of the sword (enforcement power) so that it might be taken seriously and have real, not theoretical, power. This authority is exercised in rulers, public servants, judges, law enforcement, and the military. God’s left hand is used for the punishment of wrongdoers; it is not for the restraint of true Christians because true Christians are set free by the Gospel and do not need external law.

God also has a right hand by which He works in our world. This right hand operates through the power of the Gospel, which the Kingdom of God on earth–the Church–delivers. This is a kingdom of peace, love, and self-sacrifice. Because Christians are free from the burden of the Law and from its punishments, and because everything is theirs in Christ, they no longer need worry about the frantic pursuit of self-interest. Although they do not need the Law to restrain them anymore, they willingly submit to it out of love for their neighbor. [I would add the caveat from other portions of Luther’s writings that Christians are simultaneously saint and sinner, and therefore do need the restraint of God’s left hand kingdom as regards their always-present sinful nature.]

So, how will a Christian simultaneously operates in the midst of these two kingdoms? She will not demand her own rights in society, but will turn the other cheek as the Sermon on the Mount suggests. At the same time, if her neighbor is wronged, she will engage in her neighbor’s fiercest protection and defense.

The False Conflation of the Two Kingdoms

We can apply the teaching of the two kingdoms to those in the fundamentalist community who constantly seek to establish (or re-establish, as is the view of some) America as a “Christian nation.” We can–and must–use the wisdom of the Reformation to confront the false conflation of the Two Kingdoms. The power of religious privilege that is wielded over a nation is the attempt to take God’s Kingdom (which is “not of this world,” John 18:36) and turn it into a temporal kingdom. It is the attempt to legislate faith into the hearts of the citizens of the temporal kingdom. This, my friends, cannot be done! God’s Spirit changes hearts through His Word, not through the exercise of earthly power.

In fact, the kingdom of God is an “upside-down” kingdom in which the lowly are the most powerful, and those bearing the hallmarks of earthly power are the weakest before God. This means that we in the evangelical community must humbly forsake our wrong-headed attempts to dominate the nation through earthly power. We must lay down our idols. As Luther wrote, “Christians are always a minority in the midst of non-Christians” (Lull 666). We must recognize that the only reason to serve in positions of temporal authority is not to bring about some Kingdom of God on earth (for this Kingdom already exists, invisibly, in the hearts of believers), but in order to serve our neighbor. We witness to Christ when we are willing to serve our neighbor regardless of his profession of faith or lack of faith. We serve him because we follow the Savior who emptied Himself of His rights for us.

An End to Claiming Our Rights

When we turn on the news today (or scroll through our Facebook newsfeed), we find countless examples of American Christians in a huff, claiming their rights. Our revolutionary history as Americans has gotten us well in the habit of claiming rights and starting fights. When that impulse is used to defend our neighbor, it is an asset and an opportunity for service. But when it becomes the constant drumbeat of self-interest and privilege and demands, it damages our witness before a watching world. The church today would do well to consider Luther’s words of wisdom, as he counsels those who are willing to serve in positions of governmental authority:

In such a case you would be entering entirely into the service and work of others, which would be of advantage neither to yourselves nor your property or honor, but only to your neighbor and to others. You would be doing it not with the purpose of avenging yourself or returning evil for evil, but for the good of your neighbor and for the maintenance of the safety and peace of others. For yourself, you would abide by the gospel and govern yourself according to Christ’s word [Matt. 5:39-40], gladly turning the other cheek and letting the cloak go with the coat when the matter concerned you and your cause (Lull 669-70).

The Freedom of a Christian

I ask you, as American Christians: are you that free? (Am I?) Are you free enough to let personal offense go and to focus simply on defending and caring for your neighbor? I have to admit that I am deeply challenged by Luther’s teaching. I too easily claim my rights and focus on my own needs. The needs of my neighbor easily fall to the bottom of my list. But what Luther is describing here is a belonging, wholeness, freedom, and life that come to us in such a real and potent sense through the Gospel that we no longer spend our lives worrying and clawing our way up the ladder of success by our fingernails, desperate to hold on to our power and control. Rather, this is the love that lays itself down for its neighbor–even our unbelieving neighbor. This is the love that lays down privilege. This is the love that can do no other but live Gospel. Reflecting on the two kingdoms, Luther said this:

Now that is radical!

For Me–Or For My Neighbor?

When it comes to our political activism, one way we as evangelicals could apply this teaching of the Two Kingdoms is to ask before we vote or demonstrate for anything or anyone, “Am I acting on behalf of myself and my own interests–or am I acting on behalf of my neighbor?” The more quickly we can begin to cast aside the idols of political power and control that serve our own privilege, the more quickly the message of Christ’s right hand kingdom can again be heard with the credibility it deserves. The sooner we focus on serving more than being served, the sooner a watching world can begin to hear this Gospel word of freedom afresh.

We Are Free in Christ!

We are a people–Christians of every nation and tribe–who have been given everything in Christ. We are so rich in Christ that we don’t need to grab power and goodies and privilege for ourselves anymore. We are so free that our agenda is cleared to make room for our neighbor. How might we live this out today?

October 27, 2014
Madam Secretary: How Do We Do Good in a Broken World?
Next Post 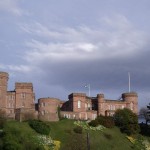 October 30, 2014 "A Mighty Fortress": Hope from the Midst of an Infectious Disease Epidemic
Recent Comments
0 | Leave a Comment
Browse Our Archives
get the latest from
Evangelical
Sign up for our newsletter
POPULAR AT PATHEOS Evangelical
1

Do "Rights" Limit or Empower the...
Cranach
Related posts from Rebecca Florence Miller