Beyond the KKK: Getting at White Supremacy in the Church

Beyond the KKK: Getting at White Supremacy in the Church May 6, 2017 Rebecca Florence Miller

White supremacy is a loaded term, conjuring up hooded robes, burning crosses, and Heil, Hitlers. But there is another way to understand it, and the phrase is increasingly becoming a helpful conceptual marker, helping us to understand the core of racial problems in society.

It is not foreign to Christian thought to use powerful, loaded terms in a wider meaning. In the Sermon on the Mount, Jesus explained that committing adultery did not only include actually having intercourse with someone other than one’s spouse but included, in its broader meaning, the sin of lust. Murder included not just the literal taking of human life by violent means but also harbored hatred in one’s heart for another person (Matthew 5:21-30). And Christians today routinely preach about the sin of idolatry as referring to more than just literally bowing down to a statue but also to putting anything before God in one’s heart. The purpose of this kind of language, getting to the heart of the sin, rather than its most shocking and obvious manifestation, is to help us all to see our complicity and culpability in sin, as well as our need for a Savior.

And yet, when you try to speak to evangelical Christians today about white supremacy or white privilege, there is a knee-jerk reaction to say, “I’m not that.” The image we have of white supremacy is too frightening to consider that we may have complicity in it.

In retrospect, it’s a little surprising that many Christians wouldn’t bat an eye if their pastor preached a sermon accusing them of murderous or adulterous thoughts and pointing out that Jesus said those thoughts were the same thing before God as physical murder or adultery. And yet the same folks (probably just because the language is less familiar, honestly) are deeply adverse to the idea that they might be complicit in or have attitudes of white supremacy.

Just so nobody mistakes my meaning here, let me say this outright. I am not standing here, pointing fingers at you alone. I am here pointing the finger at me too. I am a recovering white supremacist. We are in this together. Please hear all that I have to say in this post as being a sermon to myself as well. 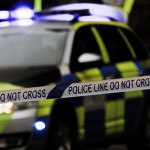 May 3, 2017
How White Conservatives Can Empathize with Black Americans' Distrust of Police
Next Post 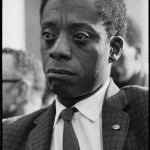 May 10, 2017 I Am Not Your Negro: James Baldwin and the Spiritual Deadness in White America
Recent Comments
0 | Leave a Comment
Browse Our Archives
get the latest from
Evangelical
Sign up for our newsletter
POPULAR AT PATHEOS Evangelical
1

On Not Throwing the Baby Out...
Roger E. Olson
Related posts from Rebecca Florence Miller