Exclusive Q&A: Michael Emerson Talks ‘Evil,’ the Supernatural, and the Future of ‘LOST’

Supernatural and scientific forces engage in warfare, and iconic character Michael Emerson is comfortably in the mix as the Paramount+ show “Evil” ends its second season this week. The actor, a fixture of highly popular television staples “LOST” and “Person of Interest,” portrays Dr. Leland Townsend, a thorn in the side of series protagonists Dr. Kristen Bouchard (Katja Herbers), David Acosta (Mike Colter), and Ben Shakir (Aasif Mandvi). The series recently picked up for a third season, is the brainchild of Robert and Michelle King, creators of “The Good Wife” and “The Good Fight.”

Emerson, a former illustrator, and drawing instructor, won an Emmy award for his portrayal of a serial killer on “The Practice” before his breakout role on LOST, one that he was originally only scheduled for three episodes. Winning another Emmy for his role as Benjamin Linus solidified him as a go-to actor for riveting serial television.

In this exclusive interview, Emerson discusses his process for finding high caliber series, his take on the supernatural portrayed in “Evil,” stepping into the shoes of The Joker for “The Dark Knight Returns,” and what his former college pupils might think of him now.

What appealed to you about “Evil?” Was it a situation where you asked to be involved or did they seek you out?

it came to me as an offer. They sent the script over to see if I was interested. I read the pilot, and I really liked it. Leland didn’t have a lot to do in that first episode, but I saw it where it could go. And I liked where the character was placed as a sort of mysterious adversary, a force for mischief, and possibly worse. The thing had such a great pedigree with the Kings behind it. It shoots in New York City, so I could live at home. All of that was very appealing, but mainly it’s writing. I try to follow good writing, and language. I’m looking for something to say that is intelligent and hopefully surprising.

I think that’s benefited you through the years because you’ve been a part of some really high, top-shelf series.

I’ve had such good fortune in the casting I’ve had in the TV world, yeah.

That might be part of your selection process, chasing the really good ones and having an eye for what you think would be a success. I was thinking recently that “LOST” was really the first “bingeable” show because it was an early streamer on Netflix.

It was groundbreaking on a lot of levels, and I was really happy that I ended up being on it. A character actor’s dream come true—you get hired to do three episodes and you never go home.

I spoke to Jorge Garcia about this —There’s so much nostalgia for everything that people keep coming back to certain series like “LOST.” Would they ever do a reunion or a reboot? Have you heard any murmurings about that?

Fans like to talk about it and dream about it, but no, I’ve never heard anything serious from anyone that was part of the original team. I don’t see that happening. But of course, it’s a piece of intellectual property, and someone could take it and do what they pleased with it, you know, do a prequel or a sequel or, you know, something like that. But you would never get that same team together. If that’s the dream, that’s not gonna happen. But you might, you might find some characters that could be maybe recast in a different light or from a different angle, that would be more interesting than trying to, as they say on the show, go back. You can’t really go back, you can only go forward, I think with a thing like that.

I think the legacy of “LOST” is that you’ve seen so many people have tried to recreate that magic since the end of it. There are a lot of serial shows that build on a mystery and build on a specific set of variables like “LOST” had.

It got us all thinking about faith and time and inter-dimensionality, didn’t it? And that is a great theme. People really liked it.

What place do you think “Evil” is making in the viewers’ consciousness? It’s a spiritual show. Do you think that it will create an awareness of some of that struggle of religion, evil,  goodness, and light and dark?

I do think it’s making its mark in that way. It’s a thrilling and funny show, and it’s scary. But it’s also a reflection of the minds of Robert and Michelle King, and they’re interested in something quite serious, which is the human imagination trying to make sense of the inexplicable. And when we see things that are on explainable, or seemingly evil, or seemingly miraculous, are we to judge that as magic or as some as yet unsolved problem of psychology or path biology or physics? I think that a lot of what occupies people’s minds, they call it the battle of good and evil on one level, but I think people think about that all the time, and what we’re trying to refine our senses. How we receive the world around us the things we fear, the things that horrify us, that kind of stuff. So, I think they’re taking things that from the Daily News, and kind of turning it around, taking a look at it from another angle, and asking the audience, “What is this reason?”

In your own life, do you have things that you chalk up to unexplained? Or are you more of the type of person who says, “There has to be an explanation behind this”?

I don’t spend my days thinking much about the supernatural. I guess I’m fairly scientific in my approach, but I am aware of the inexplicable in my life, I have experienced dreams that needed deciphering. I have seen people on the street that I had an instinctive reaction to the sense that they were maybe not one of us, but they were maybe something else, something may be malevolent. These are just feelings. I can’t take that ball and run with it. I can’t form a philosophy around it, but you do get chills sometimes in the world. It makes you stop and think, “What was that? What did I just see? How is this explained?”

I have in occasion and in my work on “Evil” to reflect a bit, because my character, as you know, is often given the part of being a blasphemer, or a mocker of other people’s spirituality. And sometimes I think, “Wow, If I play this too well, a lightning bolt will come from the heavens.” And I know, that’s just magic thinking or superstition. But when you’re raised a good little Catholic Boy, some of that stuff never quite goes away altogether.

I spoke to Robert and Michelle when the show started. And it was really interesting because both of them seem to come from two different schools of thought they kind of marry together for the show.

Another great story that you’re involved in, I remember because I’m a comic book geek, is that you did the Joker in “The Dark Knight Returns” animated movies. And it was really cool to hear your voice for such an iconic character. You played great villains before but then you step into the shoes of the most popular supervillain.

It was daunting. It was worrying and scary because as you say, it’s like a franchise role. And it’s been played beautifully by a whole bunch of very talented men. I was a little afraid, but then you have to adjust that. “Alright, let’s set all that aside. Just read what’s on the page.” I mean, go back to the page, go back to the test. What do I learn about this character from the things he says and the way he says, and then take it from there? Take those clues and elaborate on them.

What did you teach at Flagler College?

I taught drawing. I taught the introduction to drawing studio class. I had two sessions a week I was in what do you call it an adjunct. But I had been an illustrator for many years by the time I moved to Florida, and I was looking for something to do. And I had friends that were in the art department at Flagler. And they said, “Why don’t you come over?” I had made some presentations there of my portfolio and talked about my work experiences. And they said, “You know, you’re really good with these kids. Why don’t you consider teaching them an introductory drawing class?” and I really enjoyed it.

Do you hear from students now that can’t believe you are on TV every week?

I never hear back from my drawing students. But I’m sure they look at me on TV and they go, “He was always kind of theatrical” (laughs).

Thank you for your time today. I wish you the best on the future of “Evil.” Do you have other projects coming up?

I have a little part in a fantasy movie that’s coming out in a year or so, where I play an evil wizard. But that’s a long way is off. We’ll talk again before then.

September 9, 2021
Christian Filmmaker Alex Kendrick: 'The Lord has Put the Church on Our Heart'
Next Post

September 10, 2021 The Faith, Hope and Love Behind AppleTV+'s 9/11-Themed Musical 'Come From Away'
Recent Comments
0 | Leave a Comment
"OMG! A Touched by an Angel reboot would be amazing! Loretta Devine would be a ..."
Carmalita Smith What about a ‘Touched by an ..."
"You know in the old days, they use to accuse young girls who 'see things' ..."
Dimitri First Look: Mira Sorvino, Peter Coyote, ..."
"I guess no one has any responsibility to tell the truth about the case ....."
ilr1950 John Schneider on Anti-Abortion Drama ‘Roe ..."
""That’s really the message of this film: you’re made uniquely and wonderfully you, and that ..."
inshock1 CCM-Centric Soundtrack to New Teen Musical ..."
Browse Our Archives
get the latest updates from
Reel Faith
and the Patheos
Entertainment
Channel
POPULAR AT PATHEOS Entertainment
1 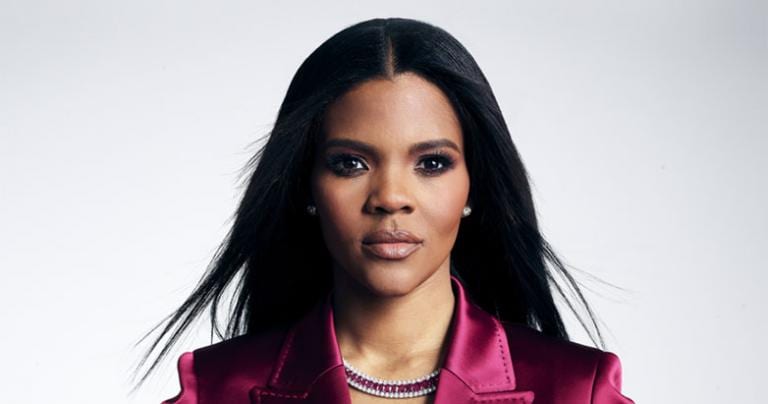 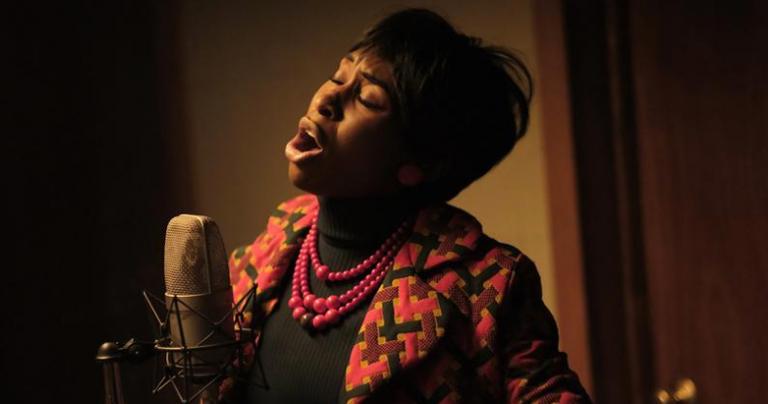 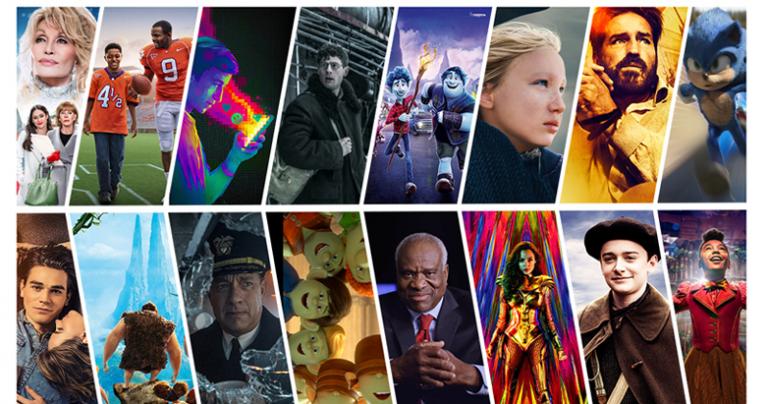 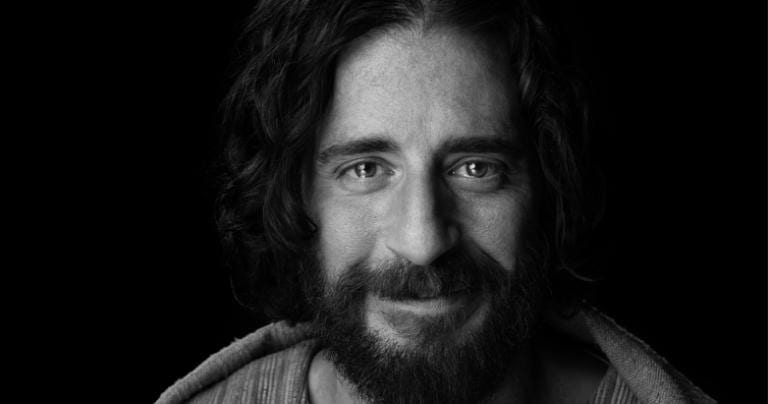