A Vibrant Future For Christianity Without Churches?

A semester has passed since I concluded my class on Religion and Science Fiction. Yet I still have topics to blog about left over from that experience.

One activity from that class was asking students to imagine what the future might hold for some existing religious tradition. One possibility that was mentioned was that Christianity might persist in the absence of institutional structures. In other words, could the gospel message, the Christian faith, continue to be promulgated and perpetuated as it was originally, as a “meme” (in Richard Dawkins’ sense), an idea, a viewpoint, one that spread simply by virtue of its attractiveness to human beings and their capacity to share it with others.

In a sermon not too long ago, Rev, Bob Yount made a related point: Getting people to go to church plays a similar role in the teaching of Jesus to “becoming a Christian”: it simply isn’t in there.

As I hinted already, sometimes the future takes things in a direction that in fact brings us back around full circle to the way things were in the past.

Yet on the other hand, the cultural context of early Christianity was not so individualistic, and whatever infrastructure may or may not have been put in place early on, communities and networks began to form spontaneously as far back as we can trace. And so too today, it may be that it is unrealistic to imagine that, even if Christianity could spread simoly from individual to individual, that it would do so. Those individuals would in all likelihood remain connected at least some of the time. And they would probably form whatever that future’s equivalent of Facebook groups might turn out to be.

What do you think? Can you envisage a bright future for Christianity in the absence of churches? If not, why not? And if so, would that future represent a positive or negative change?

Other blogs have been exploring related subjects:

from the Daily Sip: the life of God and the death of church?

Recasting: Can churches adapt or imagine a new future?

This Lent, I’m giving up apologizing for other Christians

The Rapture, Hell and Salvation: How Our Doctrines Can Breed Fear, Suspicion and Judgment

Stephen Woodworth’s piece about the Bible no longer being a book is relevant to the technological changes that are at least a significant part of the shift that is currently going on.

See also the very recent article in The Atlantic about the way that unchurched people voted in the recent election, which was a real surprise (as well as their earlier article about illiberal democracy).

Leaving Church to Search for God

And finally, see the article by Elizabeth Drescher, “Nones by Many Other Names: The Religiously Unaffiliated in the News, 18th to 20th Century.” 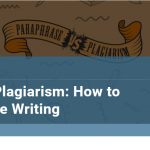 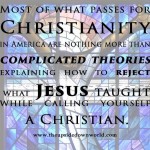 April 26, 2017 Complicated Theories
Recent Comments
12 Comments | Leave a Comment
"On that we agree."
Judgeforyourself37 Not Liberal, Just Literate
"What a bizarre comment, from someone who knows they didn’t pay anything to listen to ..."
James F. McGrath ReligionProf Podcast with Roger Sneed
"They look like grinning idjits because they conned some folks into payinng money to hear ..."
Judgeforyourself37 ReligionProf Podcast with Roger Sneed
"James, do you think the Gospel writers were writing what they believed to be historical."
Leigh Sutherland Mythicism, Isnads, and Pseudepigrapha
Browse Our Archives
Follow Us!