A few days ago I received a number of emails concerning the speech the President of Israel gave at Kafr Qasim. These were emails from Jews both in Israel and the US. They saw his willingness to acknowledge injustices against Israeli Arabs and pledge to protect their rights as equal citizens of Israel as a hopeful sign for the future.

I didn’t read it that way. Because where my eye focused was on his assertion that the whole of the land of Israel (and he would include the West Bank) belongs to the Jews. The exact quote, “We will never try and force someone from our land.” “Our land.” He had to say that for the sake of his own political constituency. But he knows surely that the Israeli Arabs, like most of the rest of the world, doesn’t accept that the land belongs to the Jewish people simply by virtue of their being Jewish or the fact that they possess military control.

But there is something deeper going on here. Something worth watching. The president of Israel, and the vast majority of Israelis, believe in the experiment they are living out daily. Israel is an experiment in the possibility of having a multi-ethnic, multi-religious, democratic nation with equal rights for all its citizens that also has a distinctive religio-ethnic identity: Jewish.

Like all experiments in building new nations it began in conflict and generated injustices – as it still does. And it faces huge obstacles to success. It is located on contested land, many of those participating were forced to do so (some feeling trapped within it, some feeling driven by fear to leave their homes and join it), it has implacable external enemies, and of course those most fully in charge of carrying it out possess all the weaknesses (and often more than their share) of human beings.

But I note that many nations that exist today began in a similar fashion. We shouldn’t imagine, for example, that when the United States was formed all the inhabitants of the first 13 states were actually pleased to be part of this experiment in democracy. Or had a choice. One thinks of slaves, for example, or native Americans, or the vast number of Americans of English descent who would always think of themselves as English and be loyal to the crown (however secretly).

And it needs to be pointed out that it isn’t the only such experiment. It is not the sole occupant of the peculiar moment in human political history that we inhabit. And that is a moment in which a never fully realized modern international system of nation states is giving way to whatever will follow.

Pre-modern political entities (kingdoms, empires, and others more primitive) were frequently multi-ethnic and multi-religious. But they never offered or intended to offer equality for all or a voice in governance for all. They inevitably privileged a family, clan, or tribe as well as whatever metaphysics, ritual, ethical, or ideological beliefs that group held. Indeed those beliefs often undergirded and justified the claim of privilege by the ruling group.

Western modernity, emerging after centuries of war in which such beliefs played at least some role, began a new experiment in human political organization. In that experiment neither religious affiliation (initially) nor ethnic identity (eventually) nor gender (finally) would undergird and justify political structures or privilege any individual within the nation. All people would be equal and the only justification for political structures would be that the people together chose them by democratic processes. And a new form of human identity would emerge – that of the citizen whose primary loyalty was to this newly emerging organization called a modern secular state.

Over the last few centuries this experiment has worked out pretty well for most of the people engaged in it. But not for all of them. Ethnic and religious minorities still face discrimination and oppression in democratic secular states. And African Americans in the United States, and in Europe Jews in particular, (but also the Roma and Senti and some other ethnic groups) were only allowed into the experiment in modern nation states when it was well underway.  And Jews quickly discovered that beneath a veneer of equality there was still considerable animosity and hatred toward them. At the best they would lose their identity altogether as it was overwhelmed by the dominant Christian/German, Christian/Anglo-Saxon, Christian/French, etc. identity. At worst (as happened in the Holocaust) they would both be stripped of their identity and then still killed for having once possessed it.

But let’s turn away from the US and Europe. In the lands colonized by European powers, and even those not colonized but being forced into the emerging international system, the secular state experiment was forced on people who had never experienced what Europeans and their American descendants experienced. These were peoples that had fundamentally different understandings of what it means to be a human person in a human society, and for many of whom the whole Euro-American experiment represented a vast loss of personal and communal integrity, power, and identity. They didn’t find that it was full of new possibilities for being human. They believed it destroyed all hope of being human. Even if it did offer an increase in material well-being (which it has.)

And now these formerly colonized peoples are emerging to begin their own experiments in how govern themselves. They recognize to varying extents that they are working with multi-ethnic, multi-religious social contexts and that these are part of a new world of international relationships. But they are not willing to adapt the Euro-American experiment without question and serious modification. In some cases they are tossing it out altogether.

Some of these experiments have sought to restore and solidify a lost sense of identity and power by purifying a society of all supposedly alien influences. The degree and manner of purification varies from the long term efforts to expel all western influence taking place for nearly a century in Northern Nigeria to the slow political and economic marginalization of non-Muslims in Malaysia. Hindu India and Muslim Pakistan were born out of population exchanges. A civil war became wars of independence that fractured Yugoslavia into ethnic/religious states.

Yet purification and subjugation are not the only models. Modern Indonesia has created, and sustained through significant democratization, a model which eschews secularism for core Islamic values that are linked to nationalism in a way that allows for religious and ethnic pluralism. The same could be said for Buddhist Thailand.

All these examples, from the horribly flawed to the partially successful are reminders of what can be seen even in secular societies. Vast numbers of persons are not satisfied to identify themselves politically and socially as generic humans citizens of a generic secular nation-state. They want the nation-state to somehow affirm their religious or ethnic identity as essential to national identity.

Is that possible? Can a nation grant equality to all its citizens, affirm the equal rights of all religious and/or ethnic groups, and still have a national identity rooted in a single religion or ethnic culture?

What we should know is that Israel is by no means the other nation involved in the experiment in holding together both democratic values and an ethnic or religious identity.

At this moment in history it seems that Israel is trying to actually make the experiment work, albeit (as noted earlier and putting it mildly) inconsistently and even reluctantly. Yet two things are problematic about these efforts. The first is that a substantial population of Arabs living in the territory Israel both claims and directly controls have no citizenship status in Israel. This undermines the fundamental claim at the heart of Israel’s experiment. And thus far Israel claims for itself the right to make the experiment while it denies in both theory and practice that right to its nearest neighbors, the Palestinians. And until that right is accepted by Israel, for it has already been granted by the international community, the validity of its own experiment is bound to be called into question.

How the right of the Palestinians to a state is actualized is a matter for negotiation in an international arena. It would certainly be easier if there was actual reciprocity, with both sides recognizing the right of the other to have a particular kind of state in which national identity was rooted in a particular ethnicity.

(Note: If the reader is surprised that Israel doesn’t accept the right of the Palestinians to form a state please read the article at http://www.ajc.org/site/apps/nlnet/content3.aspx?c=7oJILSPwFfJSG&b=8485339&ct=12477617. In it you will find a clear statement of Israel’s current claim to possess by right of conquest the West Bank.)

December 25, 2014 Moses at the Manger
Recent Comments
1 Comment | Leave a Comment
"Thank you for your opinion. I found it hard to believe the book. I wonder ..."
Anne-Liv Gamlem Face to Face with Jesus (A ..."
"For more on that, see Stephen LeDrew's The Evolution of Atheism.For a brief summary:https://doi.org/10.1016/j.s..."
Joseph Langston Atheism and the New Conditions of ..."
"Late to the party, as usual. Oh well.British historian Callum Brown (2017) attacked Taylor's exposition ..."
Joseph Langston Atheism and the New Conditions of ..."
"but overcoming that ignorance is why I am helping you. https://uploads.disquscdn.c..."
Bishadi The Anti-Semitism in the Heart of ..."
Browse Our Archives
Related posts from Robert Hunt: Interfaith Encounters 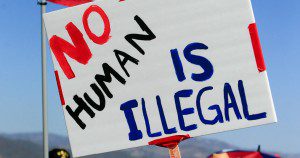 The Man Who Found Success by Saying “Yes”...
What if you trusted the flow of life enough to completely let...
view all Interfaith blogs
What Are Your Thoughts?leave a comment