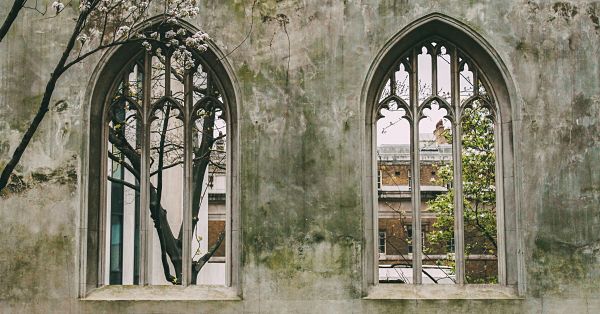 By “post-theological church world” I mean primarily the contemporary Western (European and North American) Christian communities generally recognized as somehow in continuity with the ancient, ecumenical Christian faith as expressed in the great creeds and confessions of Christendom. (Here “Christendom” does not refer to any political arrangement such as union of church and state but only to Christian bodies that, in one way or another, trace their systems of belief and practice backwards in time to at least the Protestant Reformation. The term here is meant only to exclude those “Christian” bodies that are widely rejected as heretical sects or “cults.”)

“Post-theological” requires the most explanation. What does it mean?

My late colleague Stanley Grenz introduced me to the term. In private conversations he often referred to the coming Christian culture as “post-theological.” More than once he told me privately that, in his opinion, theological in any tradition sense was dying if not already dead. What did he mean?

I believe he meant that unlike a century ago (more and perhaps less), today’s Christians, even educated Christians, care very little about theology as defined and explained above. This is why we together wrote Who Needs Theology? (InterVarsity Press). The little book has sold many thousands of copies. It was our attempt to turn Christendom (as defined above) around with regard to appreciation for and use of scholarly theology.

Here, to illustrate, let me give just one example. I could give hundreds. A very highly respected suburban evangelical church of size (not a mega-church but not small) “populated” by many professional people called as its lead pastor a man without any formal theological training. In fact, he does not have a college or university degree, let alone any seminary education. This church has traditionally called pastors who have at least seminary education. This has sent shock waves throughout the community of biblical scholars and theologians of the church’s denomination. Why? Because it is perceived as a signal of a trend observed.

Now, for those who may be reading this and know the church of which I speak, let me say that I still and nevertheless love the church and its members and wish them all the best.

Every seminary professor and administrators knows this trend. Even congregations affiliated with denominations that require the lead pastor of each congregation to have a master’s degree from an accredited seminary are increasingly staffing their “pastoral staffs” with men and women who have no formal theological education.

Another anecdote from personal experience. A few years ago I was a member (for about fifteen years) of a medium-size Baptist congregation. So far as I know I was the only theologian member of the church throughout my time as a member. (There were biblical scholars and church historians, etc., but not other theologians.) The church decided to appoint a “discernment team” to consider how best to relate church membership to water baptism. I very much wanted to be on that discernment team, but when I approached the nominating committee about it I was informed that this was “not a theological issue.”

Every theological seminary I know about is struggling with enrollment issues. (Don’t respond with named exceptions; I know there must be exceptions. But many people who think they know of exceptions are not aware of how many seminaries play “the numbers game” when it comes to announcing enrollment. Some have established undergraduate and certificate programs and count those students as “seminary students”—something the Association of Theological Schools frowns on and was never the case in the past.)

I will dare to say that Western Christendom (as defined and described above) is facing a theological crisis. What I call “folk religion” is quickly replacing theology. The focus tends to be on feelings and practical experiences (e.g., “success in life”) rather than on beliefs.

Now, having said that, of course, a whole segment of Western Christendom called “fundamentalism” comes to mind as an exception. True, fundamentalists do tend to focus on beliefs, but I would argue that does not mean they take theology (as defined and described above) seriously. Indoctrination is not necessarily theology.

I do not have time or space here to go on explaining the crisis I see coming and already happening. I will just ask some questions.

Where are the leading, “world class,” ecumenical (cross-denominational) Christian theologians—the “giants,” as it were, that we call could point to—whether we agreed with them or not? Where are the Karl Barths, the Emil Brunners, the Reinhold Niebuhrs, the H. Richard Niebuhrs, the Helmut Thielickes, the Paul Tillichs, the Wolfhart Pannenbergs, the Jürgen Moltmanns, the Eberhard Jüngels, the Thomas Torrances, the Carl Henrys, the Stan Grenzes, the Karl Rahners, the Hans Urs von Balthasars, the Hans Küngs, the Gustavo Gutierrezes, the Bernard Lonergans, the…? In other words, where are the theologians of renown, much read and much discussed?

Now, of course, someone will want to mention certain biblical scholars such as N. T. Wright who have stepped in to fill the gap. But that only supports my point! Tom Wright, although a fine theologian, is not a theologian as such. He is a New Testament scholar who “does theology” and generally does it very, very well. But theology is not his discipline. Thank God for him anyway!

Biblical scholarship and Christian philosophy seem to be thriving. Christian scholars of both disciplines are stepping in to fill the gap left behind by serious, scholarly theologians who have by-and-large disappeared from the same scene (viz., speaking about Christianity across denominational lines in a critical and constructive way).

The very words “theology” and “theologians” tend to bring about puzzled looks if not frowns when mentioned in Christian circles.

I’m not interested in assigning blame. Note to would-be commenters: Yes, I acknowledge that theologians ourselves have contributed to this dismal situation. The “happy science” became a mostly unhappy one in post-World War 2 Europe and America. Especially in the last decades of the twentieth century many, many theologians retreated into what I call “special interest theology” that had/has almost nothing whatever to do with Christian tradition. These special interest theologians tend to speak only to themselves—meaning only to those who mostly already agree with them—and only about politics (in its broadest sense). In other words, when they are being totally honest, they are using theology as a tool to promote a political cause.

Some years ago I attended a meeting of a professional society of theologians. The guest speaker was a woman president of a historical and very highly regarded Protestant seminary. Her topic was “God and Her Survival in a Nuclear Age.” Her argument was that whereas we used to think of God as our savior we must now change and think of ourselves as God’s saviors—by, among other things, working towards nuclear disarmament. During the vigorous Q & A that follower her presentation one theologian dared to ask her “What do you mean by ‘God’?” The seminary president made a puzzled face (expression) and said very bluntly “God? I don’t know anything about God.” All things suddenly became clear. She was using “God” as a cipher for nature, for the world. I would not consider that perspective as having any continuity with traditional “Christendom theology.” I consider it no better or qualitatively different than, say, Christian Science (Church of Christ, Scientist), in terms of falling outside the scope of anything recognizable as Christian theology.

One of my (almost) life-long goals, callings, tasks, has been to breathe new life back into something recognizable as Christian theology. I find myself swimming against a strong current in both culture and church life. It’s exhausting and sometimes discouraging. I carry on anyway.

March 14, 2019
How Christian Institutions Of Higher Education Should Respond
Next Post

March 22, 2019 When Will This Nightmare End? Personal Musings about Trump
Recent Comments
0 | Leave a Comment
"Except the right for justice and fairness for others."
Roger Olson Must a Christian Forgive Unconditionally?
"I spoke at Seventh-Day Adventist Andrews University in Michigan some years ago. When in college ..."
Roger Olson How American (White) Evangelicalism Has Changed
"Many scholars of Francis's life, work and words have challenged this as falsely attributed to ..."
Roger Olson Guest Post by Ted Peters: Reasons ..."
"Lee and I spent some time together not very long ago. There's a whole chapter ..."
Roger Olson Guest Post by Ted Peters: Reasons ..."
Browse Our Archives
get the latest from
Roger E. Olson
Sign up for our newsletter
POPULAR AT PATHEOS Evangelical
1

The Republicans' Three-Legged Stool is Coming Apart
The Republican Party's "three-legged stool" of the Christian right, business interests, and...
view all Evangelical blogs
What Are Your Thoughts?leave a comment
Copyright 2008-2021, Patheos. All rights reserved.