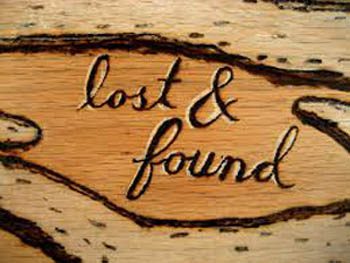 our creator god did indeed create the earth! mercy and how!
and when she created it – she said it was good.
…i mean really good.

i’m talking springtime sunshine melting snow heating earth making it warm, moist, fertile, and sticky kinda good!
i’m talking god said it’s good like “your breasts are like gazelles, twin deer feeding among lilies. I will stay on the hill of myrrh, the hill of incense, until the morning breezes blow and the darkness disappears” kinda good!

i’m talking “my bride, is a secret garden, a walled garden, a private spring; there the plants flourish. They grow like an orchard of pomegranate trees and bear the finest fruits. There is no lack of henna and nard, of saffron, calamus, and cinnamon, or incense of every kind. Myrrh and aloes grow there with all the most fragrant perfumes. Fountains water the garden, streams of flowing water, brooks gushing down from the Lebanon Mountains” – kinda good!

and yet, we’ve fallen.
we’ve fallen from “For the beauty of the earth”
to seeing it all as resources and exploiting their worth.

strip- mine the hill-sides!

like adam & eve we’ve banished ourselves from the paradise of eden.

like cain, we kill our brothers for wanting what they have – and if we don’t kill them, we xenophobically deport them back “to where they came from” because they crossed our scandalously acquired borders.

we curse the poor and huddled masses to wander the earth like noah’s son ham without knowing a place to call home.

like moses, we deny ourselves – immigrants, and the great-grandchildren of immigrants alike – entry into the promised lands of freedom, peace, honest work, and socially just community.

and instead of owning this malicious mire and our responsibility for it, we project onto others the monstrousness that’s really ours.

we’re like a country that invades iraq and then scolds another for invading ukraine. Cri me-a– river!

we’re like a nation that funds its military more than all the other nations spend on theirs –combined – while having the highest percentage of its citizens locked up in prison.

we’re like a country that protects themselves from perceived enemies within and without in ways that only creates more people who have actual grudges against it!

we’re like a nation that has the gall to “spread democracy” abroad, while removing the rights of its own citizens and allowing their laws and leaders to be bought by corporations.

we’re like a nation that thinks the world revolves around them,

but can no longer find itself on a map.

we distract and distance ourselves from pondering such truths with a collective fixation on finding a missing malaysian passenger plane in the indian ocean,
and the technical challenges of rescuing korean children from a sinking ferry boat.

the media has us geeking-out on the intricacies of triangulating pings from the flourescent orange “black box”;
determining how long humans can live without food and water;
the sophisticated gear and equipment used by the divers;
and how many pounds per square inch of water pressure submarines and ferry hulls can handle –

with little coverage of the incredulous injustice of how the relatives and loved ones of those passengers were notified that that no one survived – by TXT message!
or the obscenity of burning fossil fuels for recreational purposes in a world where the air is cooking and every molecule of CO2 that’s needlessly released into it is a nail that’s being pound into our common crusted casket.

…but flight 370 is safely nestled in the sands of the ocean,
and we’re more lost than that plane will ever be.

What we need is something to find us.

no. not a naval ship flying imperial colors
the vessel that we’re looking for is the vehicle of truth!
the great ship of story – story that reminds us who and Whose we really are.

we yearn for myth that carries truth and counters the other myths that tell us that violence is redemptive, that it’s a dog eat dog world, and that might makes right.
we crave a meta-narrative that tells us that we don’t have to suck,  in fact, we can shine!”

and parts of that great story are breaking in!

that uplifting story shines in american states that are finally legalizing marriage for our pink-triangled brothers and sisters, cascading like prisms of fractaled light cascading down rainbowed waterfalls of love!

that story shines in state legislatures making paths for citizenship despite draconinan measures at the national level – drunk with the toxic ayn randian tea steeped with john birch bark and artificially sweetened with cubes of koch brother-funded bigotry.

– that tea is a “party” only in the way that jim jones’ kool-aid laid down the funk and helped people have a grand old party of a time.

the story is breaking-in in “420-friendly” states that have reclaimed the medicinal and practical wisdom of thomas jefferson and henry ford in seeing that wondrous green plant as a gift from god that he wants us to use!

“that which we seek is seeking us.”

the Good news is that we aren’t lost!

though we’ve been looking for jesus like a hidden waldo in a in a crowd,

he’s not missing in action, he’s right here in our hearts reminding us that
“we are the ones that we’ve been waiting for”

like keys, wallets, and phones, nestled in a junk drawer,

like grieving travellers on the road to emmaus,
and like frightened disciples hiding-out in an upper-room with locked doors in jerusalem,

that he finds us “just a little late,”

that radical dude from nazareth saves our lives right on time

what’s late is our realizing it!
we’re not late to the party,  we’re just slow to see that we’re already at the party!

We are stardust and we are golden, we’re freed from the devil’s bargin, and we’re back, yes were back to the garden
jesus has spread out the picnic blanket of salvation,
he’s turned the water into wine,
and the dewy grass dance-floor of our hearts is waiting for us to get down!
let’s live into that story people  – and let’s dance.

(The context of the sermon was a Gospel choir concert. Here’s the full video. Poem starts at the 19:30 minute mark) 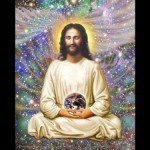 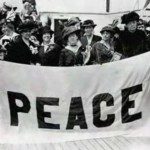 May 9, 2014 Mother's Day is for Peace.
Recent Comments
0 | Leave a Comment
"And it should also be mentioned that his grandmother‘s name was Elizabeth Christ Trump. She ..."
Roger Wolsey Donald Trump is The Highlander?
"See also this powerful six minute video clip. Testimony of a military veteran about the ..."
Roger Wolsey Why America isn’t a Christian Nation.
""Instead of presenting God as a dictator or monarch who calls the shots, panentheism understands ..."
BrotherRog Groovin’ With God – beatnik process ..."
"The Church is not in any danger of dying. Matthew 16:18And I tell you, you ..."
Bob Shiloh 10 Ways Churches Could Bring Us ..."
Browse Our Archives
Related posts from The Holy Kiss

Revisiting Mythicism
It has been fascinating to revisit the topic of mythicism on the...
view all Progressive Christian blogs
What Are Your Thoughts?leave a comment
Copyright 2008-2021, Patheos. All rights reserved.
Close Ad