Saved by the Lesbians. 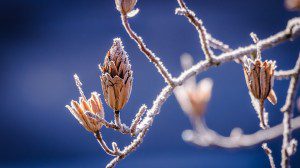 in the bleak midwinter

millions are unemployed, uninsured, and under pressure.

widening gap between the haves and the have nots widening and gappening like mick jagger about to eat all of the billions of burgers mcdonald’s serves from the deforested brazillian rainforests turned into grazing land to feed our addictions to cheap bovine carcasses infused with hormones, antibiotics, and monsanto’s irreversibly genetically modified pastures.

“corporate person” funded presidential candidate cacophany of outrageous claims to undermine and dissolve whatever might be left of our supposedly sacrosanct social safety fish net stockings with holes in them big enough to let the dying great barrier reef, the hole in the ozone layer, and the too late, past the tipping point, global warming gasses passed by the now 7 billion of us – we can’t seem to stop f***ing! – f***ers flow through.

billionaire daddy-War-bucks rises to express our collective national Id – and calls for deporting hundreds of thousands of hispanic Americans and building a great wall of america while our roads and bridges are crumbling;  says that non-violent protester at his rally “deserved to be roughed up!” – and mercilessly, has he no Shame?, mocks a reporter with a physical disability who has more bravery in one of the nails on any of his curled fingers than than the Chump does in his entire walk-in closet of trumped-up toupées.

marduk!  moloch! murdoch! buys the national geographic and an iconic institution dedicated to increasing appreciation of the natural world and different cultures – is reduced to a biased screed that denies global warming and features photos of the secret life of cats.

home-grown terrorists shoot dozens of members of a black church in charleston and 12 innocent people at a women’s health clinic in colorado.

and the four domestic terrorists who shot the five black protesters in minneapolis are the vertical line that hovers above Laquan McDonald’s dead clenched fist that forms the full stop point that together put the exclamation mark at the end of BlackLivesMatter!

they say nature abhors a vacuum and nature particularly abhors the black hole created by the U.S. foolishly invading iraq, leading to al-qaeda actually being in Iraq, which morphed into ISIS, the same gang of thugs that obama armed and funded to overthrow assad in syria – which,  like al-qaeda, has become a frankenstien’s monster that mobs of pitchfork wielding villagers can’t easily chase away.

“you have to understand,
that no one puts their children in a boat
unless the water is safer than the land” 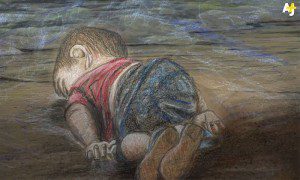 france gets attacked by isis and responds yes, with vengeance,
but also by opening their doors to 30,000 Syrians.
meanwhile 31 u.s. governors treasonously say they won’t let any of the refugees into their states – with 1 of them ordering the non-profit organizations in his state to withhold services to any refugees who have the misfortune of ending up in his hellhole of a state – whose text books teach that “millions of workers from Africa were brought here to work on plantations” – they weren’t workers- they were SLAVES! – oh it’s time to MESS with texas!

lo how a rose!

lo how a rose e’r blooming  — on Lesbos!

despite suffering under harsh austerity regulations to keep them in the EU,
these greek islanders have been welcoming thousands of syrian refugees seeking shelter from the storms of war – every day!

like an ever-widening vulvic ark of salvation, their witness of radical hospitality is an erect light-house that beams across the earth that we too can strap-on our inner lesbians and lovingly receive the poor and huddled masses in their time of desperate need.

dozens of countries across the globe are being inspired to open their doors and to put on their big boy pants and bravely and vulnerably include new people in their midst.

the lesbians angelically cry out  –

‘hark! a new day is coming!

the ways of today are relics of the past!

a new heaven and a new earth are on the their way! mi casa su casa!’

but as with the shit that happens, so does grace.

God is in the house!

God is in those who are reclaiming their gifts of prophecy and are speaking truth to power.

God is in that 95 year old jewish holocaust survivor who is personally bankrolling and sponsoring the safe sheltering of 2,000 christian refugees from syria!

God is in that grieving french father who refuses to give ISIS his hate – or that of his nearly orphaned toddler son.

God is in that child in texas who donated the entire contents of his piggy bank to help rebuild a mosque that hateful citizens burned to the ground.

God is in the reminder that none other than apple’s steve jobs was the son of a political refugee – from Syria.

God is in that groundswell of american states that admitted that our constitution means our pink-triangled friends – are people – and in reaching the tipping point where the supreme court ruled that gay citizens have the right marry – and it’s now the law of the land!

God is putting the protest back in protestant and universal back in catholic – reminding us that we are in fact all one – and we’re called to advent activism.

God is in the delightful co-mingling of christians, jews, muslims, buddhists, pagans, socialists, and anarchists who are realizing that we’re all in this together. God is in those who are persecuted for his name’s sake accused of associating with sinners and tax collectors by those who forget that it is exactly those persons who jesus hung out with!

and God is in the secular humanists who prophetically remind us what christmas is all about – a holiday that honors a middle eastern family seeking refuge!

inexplicably, subversively, and completely under our nose,

God is here and on the move.

as in clandestine ways of old, where God raised hebrew leaders in pharaoh’s midst, and where God came to dwell with us as “a bastard in a barn,”

video of this poetry-sermon being delivered

photo source
2nd photo
this poem is an updated version of an earlier poem, adventus absurdus, made relevant for Advent & Christmas 2015 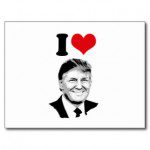 Key findings about religion and 'abortion'...
slacktivist
Related posts from The Holy Kiss