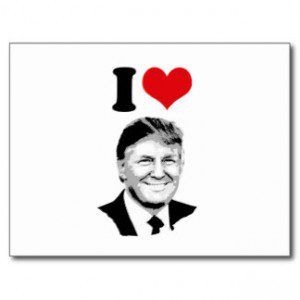 Another election year political season is upon us and it’s unlike any other I’ve seen. It’s over the top. It’s reptilian. Actually, that’s not very fair to lizards. The heated rhetoric spewing forth from many of the candidates is vitriolic, bass, crass, and ugly. Those debates have been slug fests of rivaling Lords of the Flies – and they’ve all but incited the masses to riot. But we can’t put all of the blame on those candidates, they’re simply saying what many of us think. They’re taking the filters off and expressing the latent fearful, bigoted, wrathful, and vindictive monsters within us. They’re that part of us writ large. We’re electing the leaders that we deserve.

You’re saying to yourself. “Well that may be true for “other” people, but not for me! I’m evolved. I’m enlightened. I’m conscious!” … yeah right.

All of us have some ugliness within us and if you say you don’t, well you don’t know yourself very well and have some work to do.

I was in denial about my ugliness for awhile until I came across this troubling insight:

The people who annoy us the most – are our most important spiritual teachers.

Yes, you read that right, but let me say it again – the people who annoy us the most – are our most important spiritual teachers.

Owch. That strikes right to the quick doesn’t it? Ya kinda don’t want to believe it… but deep down, you know it’s true.

I wrote the following piece in the summer of 2010 when former Vice President Dick Cheney was about to have open heart surgery. Many considered him to be the actual brains and architect of the George W Bush administration and its wasteful and counter-productive war with Iraq. I invite you to swap out his name for whoever your current wrang-wrang bugaboo evil-incarnate anti-christ nemesis is. Perhaps it’s Donald Trump; Ted Cruz; Marco Rubio; Bernie Sanders; Hillary Clinton; Barak Obama — or it might be Justin Bieber. It could also be your mother, your father-in-law, an ex-lover, a co-worker… you know who it is for you. It’s that person who consistently rubs you the wrong way; who irritates and triggers you; who makes you want to leave the room when they come in; whose posts on Facebook make you roll your eyes. This person who annoys the crap out of you can be one of your greatest teachers. They can invite you to become more compassionate and understanding; and they can help you to see those parts of yourself that are just like them – which can help you to finally love yourself. “Let those who have eyes to see – see.” 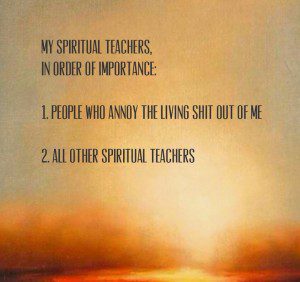 That pairing of words causes hives to break out for many and anaphylactic shock to be induced in not a few. Associations with Hitler, The Grinch, the Architect from The Matrix, Darth Vader and the Sith Lord from Star Wars, [President Snow from the Hunger Games], and even Barney are made in the minds of many who consider themselves to be “conscious, spiritually awake” persons and practitioners of numerous religious traditions.

You see this loathed, despised, and hated man (whose very image has helped many men reduce blood flow to a certain part of their bodies when trying to not go too far in the heat of passion) is now facing serious health problems.  His heart is failing and his days are numbered.

How one reacts to this news says a lot about where we’re really at in our spiritual or yogic practice.  It says volumes about the health of our own hearts. It’s where the rubber hits the road and where the proof may, or may not, be seen in our pudding.

Try taking “The Great Dick Cheney Empathy Test” and see how you do.

I passed…but if I’m being honest, I had to cheat a little bit.

As John Wesley, the founder of the Methodist movement, once put it, “preach faith until you have it” – which was essentially the origins of “fake it till you make it.” There’s something to be said for that. Trying on and mimicking that which we aspire to become is in fact a tried and proven method for spiritual growth. This may well be one of those times for a lot of us.

Thank you, Vice President Cheney for providing this mirror for us to gaze into and for this opportunity to check our pulse.

May God’s amazing, transforming, healing, strengthening, and comforting Grace, Peace, and Love be with you and your loved ones during this difficult time.

I (gulp…can’t believe I’m saying this.) love you.

p.s. on a related note, here are “Some Markers for Spiritual Maturation” 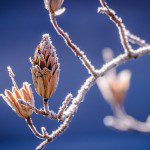 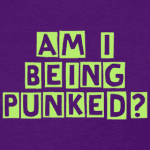 March 8, 2016 We are being PUNKED by Trump.
Recent Comments
0 | Leave a Comment
""Instead of presenting God as a dictator or monarch who calls the shots, panentheism understands ..."
BrotherRog Groovin’ With God – beatnik process ..."
"The Church is not in any danger of dying. Matthew 16:18And I tell you, you ..."
Bob Shiloh 10 Ways Churches Could Bring Us ..."
"Agreed, and none of the people who wrote the canonical Gospels met the historic Jesus ..."
Roger Wolsey A Pickle for Progressives & Paul?
"I disagree. Most leave their Church, Organization or Group because they discover their beliefs are ..."
Bob Shiloh Why America isn’t a Christian Nation.
Browse Our Archives
Related posts from The Holy Kiss