John Ramirez: A Star Might Be Fading October 25, 2020 Captain Cassidy

Hi and welcome back! A while ago, I reviewed the hilarious testimony of John Ramirez. He’s carved out a small career for himself by trying to resurrect the old Satanic Panic. Every Halloween for years now, he’s been seeking attention in the more gullible Christian circles with his tall tales. Today, let’s check in on John Ramirez and see how he’s been doing.

(Note: A wingnut is someone who holds a raft of beliefs that do not in any way tether to reality. Wingnuts respect no forces nor feedback that would ordinarily correct those errors that all of us make. Unfortunately, that means they tend only to get more extremist and out-there over time, adding more false beliefs to their existing canon and drilling down harder on existing ones as they go.)

The Satanic Panic? Again? It’s More Likely Than You Think.

A couple of years ago, John Ramirez pinged my radar. He began working his audiences years before that, of course. He’s one of the grifters involved in the New Satanic Panic.

The reason he took a while to ping my radar was, of course, that the first Satanic Panic ended decades ago.

For those who need some backstory, back in the 1970s through the early 1990s, extremist mostly-evangelicals ginned up the original Satanic Panic. They spun tall tales of an evil Cabal of Satanic Wiccans (or Wiccan Satanists, Whatevs) (CSWWSW) that they insisted were 100% totally infiltrating every single level of American government as well as every aspect of every influence in the country from moviemaking to education to law enforcement to you name it.

In Panickers’ mythology, the CSWWSW recruited nice Christian children to their evil groups. To do that, they utilized the heady influences of rock music, drugs, unapproved sex, roleplaying games, and alluring “New Age” religions.

Plenty of grifters sprouted up around this time to take advantage of gullible Panickers, like big-time liar-for-Jesus Mike Warnke, totally-once-a-witch Doreen Irvine, and oodles of penny-ante players like Glenn Hobbs. They all boasted similar idiotic testimonies, too, all designed to sound as titillating and shocking as possible.

Importantly, the Catholics I knew stayed out of this entire Protestant-engineered hysteria. I never even heard about it until one of my mom’s work friends gave her some screechy tracts about demon-infested roleplaying games.

So once the Panic died off, I thought we were all done with that.

Nope! And John Ramirez was one of their new mascots.

In recent years, particularly with the ascension of Pope Francis (aka Darth Cuddlebug), I’ve noted a growing fringe of whackjob wingnuts in Catholicism. These are hard-right, ultra-authoritarian, rules-obsessed culture warriors. They behave exactly like evangelicals in all ways and even outdo them in a few places, like their sheer insectoid cruelty to women and their refusal even to pretend to care about human rights.

These Catholics absolutely live for obviously-contrived, utterly-derivative scary stories of DEMONS COMING FOR OUR CHILDREN, Y’ALL. They get way way way into all that stuff. On various forums and Facebook groups, they share photos of their magic candles and figurines of saints and swap stories of their favorite exorcists.

Often, these Catholics cluster on their heroes’ social-media pages to beg for prayers to magically heal their mental illnesses. John Ramirez is no exception at all to this rule.

(Look on any of his social media pages, like this one on the Book of Faces, and you’ll find mentally-ill and distressed people begging for his help. I find these folks’ situations just unspeakably sad. Naturally, John Ramirez consistently ignores all of these pleas. His product does nothing whatsoever, and his habit of totally ignoring his mentally-unwell fans highlights that fact like nothing else ever could.)

Sometimes even very high-ranking Catholics and sites participate in this hysteria, like the Archdiocese of San Antonio.

Unfortunately for Ramirez, most modern Catholics are pretty sensible people. Most of them seem to ignore him and his obvious ploys for attention and donations. So he panders to wingnutty Catholics and evangelicals. There seem like just enough wingnuts in both tribes to tend his needs. At least, there were.

So Close to the Top.

Every Halloween, therefore, John Ramirez flutters around both Catholic and evangelical sites to flog his totally-for-realsies testimony. He tries so hard to scare the pants off of anyone he can. He can use exactly the same stories and tropes with either crowd, but you can tell when he’s addressing Catholics because he includes Catholic jargon and details then. If he’s talking to evangelicals, he just uses generic Christian terminology.

(He keeps his actual affiliations on the extreme down-low.)

Usually, he makes the rounds in the fundagelical sites like Charisma (spotted here in 2018), the conspiracy-theory-oriented Express (also seen in 2018), and of course the King Daddy Wingnut site of them all, CBN (which first ran his fearmongering in 2017).

The CBN one amuses me most because they re-ran the same post in 2018 and 2019 with a new date slapped on it like it was brand new. Why not? Who’ll even remember? At least they have a disclaimer at the bottom about the original publishing date.

Dude even bagsied a feature on Faux Noise last year. Once that ran, he must have thought the next stop was the White House Walrus-Petting Committee — oh, sorry, Trump’s faith advisory council.

But Not Close Enough.

But that glorious future didn’t happen.

In fact, nothing really happened.

I wonder if maybe John Ramirez’ marks are getting bored of his shrill warnings. Indeed, I haven’t seen him on any of those other relatively-larger sites this year. Poor guy. He didn’t even rate a re-run on CBN for 2020!

Instead, he’s shown up on a couple of smaller, way more obscure sites.

Last March, a very earnest-looking but somehow very shallow and sanitized Christian site called Hungry Gen (I think for “generation”) featured a couple posts from him. They had to really spin-doctor his over-the-top performances to fit in with their bland style as it was. So one’s about how awwww, all he ever really wanted was “love,” and another concerned how to find “purpose.”

His Only Recent Appearance So Far.

A few days ago, Ramirez popped up on some apologetics site I’ve never even heard of. There, he trotted through his usual dog-and-pony show, wringing his hands over Halloween and how demon-infested it totally is, and how much danger OUR CHILDREN Y’ALL are totally in.

That site also features his totally-for-realsies testimony. I think they just adapted the one from the totally-for-real testimony video he did a while ago (here’s its transcript; I wrote about the video here).

So who knows? Maybe the New Satanic Panic is fizzling out. I checked in briefly with the others I’ve spotted in recent years, and none of them seem to have been particularly active this year either.

But I’m not celebrating yet. If the Satanic Panic is really fading, then it’s because wingnut Christians have latched onto something way, way more wackadoodle to titillate themselves with and obsess about.

And we both know what that is, don’t we?

Yes. I’m saying that John Ramirez, Satanic Panicker at Large, got his butt completely lapped by QAnon of all things.

NEXT UP: A speerchul warfare-themed LSP! On Tuesday, Halloween week continues. See you tomorrow!

(We’ll be talking about QAnon sometime this week, I think. I’m gathering info. The topic certainly fits in with the theme of scary stories.)

October 24, 2020
Chris Watts: Virtue Signaling His Heart Out
Next Post

October 26, 2020 Spiritual Warfare: Translating the Christianese (LSP #163)
Recent Comments
0 | Leave a Comment
Browse Our Archives
get the latest from
Roll to Disbelieve
Sign up for our newsletter
POPULAR AT PATHEOS Nonreligious
1 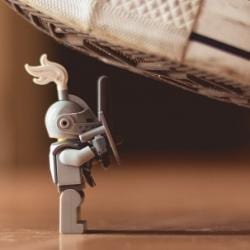 Nonreligious
Yes, Personal Evangelism Is About Disrespect (And It...
Roll to Disbelieve 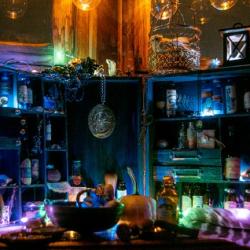 Nonreligious
Cas the Zealot vs. the College Pagans (Lay...
Roll to Disbelieve 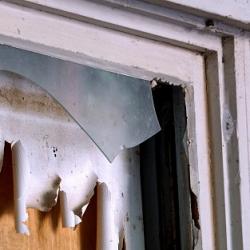