How Toxic Christians Are Destroying Christianity From the Inside

How Toxic Christians Are Destroying Christianity From the Inside September 15, 2021 Captain Cassidy

Hi and welcome back! Recently, I ran into a few different articles on Christian sites that all discussed a common problem. Namely, Christians themselves drastically influence their groups’ recruitment and retention rates. It made me laugh, though, because I know that the Christians who need to clean up their act the most have the least interest in doing so. They’d rather be toxic to the very end than be slightly nicer and maybe help their Dear Leaders hold onto just a few more sheep. Today, let me show you how toxic Christians operate — and reveal why they absolutely don’t care about their effect on their religion’s decline.

Early in this blog’s lifetime, I began talking about toxic Christians. I defined them as Christians who use their religion as a tool to harm and control other people. The term authoritarian wasn’t quite on my radar yet. But that definitely plays into my internal definition of a toxic Christian.

Then as now, we can easily tell when a given Christian is playing their Happy Pretendy Fun Time Game for the unilateral, undeserved power it grants them — and when someone’s in that game because Christianity is just the label they’ve assigned to their desires to perform acts of charity, mercy, kindness, and compassion.

And toxic Christians have been part of the religion since some anonymous dudes first spun it all together. Just read the epistles. You’ll easily see the power struggles erupting between early Christian groups and leaders. Their hypocrisy and power-lust come across only too clearly.

Even Christians themselves know this is so, if their Bible studies are anything to go by.

Why Toxic Christians Didn’t Matter For a Long Time.

For many centuries, it didn’t matter if Christian churches were hotbeds of power-lust, backstabbing, battles royale for supremacy, abuse of all kinds, and endless bickering and drama. They were the only game in town, so to speak. Not playing that game, or even criticizing it, could earn dissenters extreme penalties.

As Christian leaders lost their power to force compliance from unwilling players, however, Christian hypocrisy suddenly came into sharp focus.

Toxic Christians overwhelmingly think that any criticism or pushback they get is simply PROOF YES PROOF that Jesus himself approves of their behavior. Worse, they accuse those of criticizing them or rejecting their control-grabs of being so sinful that they can’t recognize TRUE CHRISTIANITY™ when they encounter it.

As a result, toxic Christians have a worldview that is self-perpetuating and immune to any calls for change. And that toxicity matters quite a lot nowadays, as it becomes more and more optional and voluntary to participate in Christian groups.

Toxic Christians and Their Impact on Evangelical Churn.

This topic has been on my mind this week because of a few articles I ran across on various Christian sites.

From Baptist Press, the official news site of the Southern Baptist Convention (SBC), we have an article from yesterday about AWANA.

(AWANA stands for “Approved Workmen Are Not Ashamed.” This children’s ministry name is a Christianese phrase derived from 2 Timothy 2:15. Christians think it means that TRUE CHRISTIANS™ are never ashamed to Jesus anywhere.)

In this article, Southern Baptists reveal that they’re still figuring out how to run a children’s ministry that actually produces lifelong, dues-paying Southern Baptists. So far, they’ve been doing poorly on that count. They have no idea why.

The ending caught my attention:

“We have to be less like Disney, and more like Mister Rogers,” [Sam] Luce said. “It comes down to discipleship. Have they seen the beauty of Christ modeled for them in their local church and in their family? Christianity is not just information to be understood, it’s incarnation to be experienced.” [Source.]

That bit about modeling “in their local church” made me laugh out loud.

And they won’t have many long years of indoctrination pounding in their heads like I did to hand-wave away this hypocrisy.

They’ll see it clearly. They’ll know it for exactly what it is. And it’ll disgust them.

The Baptist Press article pointed to a bit of Lifeway pseudo-research from 2019. It involved keeping children “spiritually engaged” for life. Y’all, I got even more laughs out of that. This 2019 study draws on their fatally-flawed “Discipleship Pathway Assessment” survey. We talked about it a while ago. This extremely self-interested survey suffers from methodological issues. It also draws a non sequitur conclusion.

The writer of this pseudo-research writeup even wanted SBC-lings to tweet this:

O RLY? Ex-Christians reading this, I’ll set a comment up for you to like if you, like me, got taught to pray and read the Bible every day and still deconverted. (Heck, my last act as a Christian was a Bible study!)

But then this Lifeway writer moves on to demanding that “the entire church needs to be involved” in this project of training children. The plot gets completely lost there:

What things are your church doing to encourage churchgoers to read the Bible daily? Is there a sense of accountability? Is there even a sense of importance? Does it get taught? Or is it just assumed that churchgoers are regular Bible readers? The research is clear that such an assumption is far from true.

Well, good luck motivating the flocks to do anything they don’t wanna do.

How Toxic Christians Drive People Away from Churches.

And from there, I somehow ended up at another 2019 Lifeway post about young adults’ perception of evangelical church congregations. Keeping always in mind that Lifeway research focuses on ways to spin-doctor decline and sell products to customers, this is still a dismal look at how SBC congregations behave.

Even young adults whose butts had remained in pews (for that all-important BIP metric that pastors treasure) thought poorly of their churchmates. A solid third of BIP young adults felt their church was not “welcoming” and didn’t make them feel “connected to the church as a whole.”

The young adults who’d left church culture behind had considerably worse opinions. They ranged from 2/3 to 3/4 feeling disconnected and unwelcome. Only 37% of church dropouts felt their churches had “genuinely demonstrated how to follow Jesus.”

Y’all, this is damning. Absolutely damning.

Why Evangelicals’ Churn is Worse.

Over and over again in the past ten or fifteen years, I’ve seen studies and surveys that share the same message:

Evangelicals’ sheer toxicity is driving decent people out of their churches. Christianity’s decline is not happening because of a lack of daily Bible reading, or a lack of intense indoctrination starting in toddlerhood. It’s not even happening due to a lack of memorized apologetics soft-shoe routines, of all the ridiculous notions that desperate apologists have come up with over the years to keep themselves in business.

Put simply, I think this decline is happening largely because churches contain so many toxic people that it completely destroys the Happy Pretendy Fun Time Game that Christian children learn to play. It’s really hard to believe Christians’ claims when way too many Christians’ actual behavior contradicts all of those claims.

Obviously, this problem isn’t solely an evangelical one. That said, the stark contrast between evangelicals’ claims and their reality is just more obvious. White evangelicals’ conduct over the past few years, in particular, has been so egregiously hypocritical, power-hungry, and self-serving that it’s no surprise that their decline has finally accelerated past competing flavors of Christianity.

Evangelicals make way bigger claims than other flavors of Christianity. Thus, the contrast is just that much more in-your-face.

If the vast majority of Christians could simply behave like they truly thought their religion’s claims were true, it’d probably cut way down on the number of disenchanted Christians investigating further and losing faith as a result.

But as mentioned, there’s simply not a way for any Christian leader to curb the behavior of even the most toxic members of the group. If anybody even tries too hard to do that, their sheep will get furious and leave. But if the toxic people get too out of hand, they’ll drive out other BIPs anyway.

(Usually, wayward sheep on either end of the toxicity scale will try to find a group that fits their worldview better. But if they can’t, they’re content to become one of the many churchless believers in Christianity.)

Christians themselves prove to us every single day that Christians’ claims simply aren’t true.

Most Christians can’t even engage meaningfully with this truth.

And the ones who can can’t do a danged thing about it. So I hope they enjoy being in decline. They’ll be there for quite a while.

NEXT UP: How Christians hand-wave away their toxic brethren as an allowable reason to deconvert/deconstruct, and why they must.

My PayPal is captain_cassidy@yahoo.com (that’s an underscore in there) for one-time tips. You can also support this blog at no extra cost to yourself by beginning your Amazon shopping trips with my affiliate link. And, of course, please like and share my posts on social media if you can!

Please note: I’ll be setting the first comment out right at publishing for the upvote tally, so people can easily find it. This comment does not affect the horse race. Whoever posts after me gets the Hammer, etc. Remember, I never count in the horse race because it wouldn’t be fair: I see the published post immediately cuz, well, I published it. 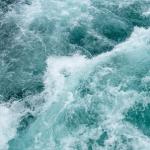