Fraud may be rampant in science

Everyone loves cutting-edge science. The latest breakthroughs and insights into the physical world drive further innovation and fuel scientific enterprise. But what if they’re wrong? What if the scientists behind the latest and greatest breakthrough purposefully altered data only so that they could become the latest and greatest? Medical experts Ferric Fanga, (University of Washington School of Medicine), R. Steenc (Medical Communications Consultants), and Arturo Casadevall (Albert Einstein College of Medicine) discovered that 67.4% of biomedical and life-science journal retractions were due to misconduct – that is, deliberate number-fudging.

The researchers noticed a disturbing trend in the increased frequency of journal retractions. Basing their data off of PubMed, a government-run medical science database, they found that while PubMed has published articles since the 1940s, the first case of retraction did not occur until 1977 (the article retracted was from 1973). Of course, simply because retractions have appeared only relatively recently does not mean that offensive practices that lead to retraction are recent. The researcher also noticed a significant increase in the number of retractions starting in the 1990s. Even though more journals have come into existence over time, this trend remains after shifting from raw numbers to percentages: percentage-wise, the number of retractions due to fraud or suspected fraud has increased almost tenfold since 1975.

Retractions naturally occur because of scientific error – scientists make mistakes just like everyone else. Unfortunately, the stated reasons for retraction tend to blur the line between error and fraud to save face: the researchers found that 15.9% of retraction errors should have been classified as retraction fraud. For instance, one journal reported that “results were derived from experiments that were found to have flaws in methodological execution and data analysis,” thus implying error. An investigation by Harvard University, though, concluded that “many instances of data fabrication and falsification were found.” In other words, deliberate misconduct, not innocent error, caused the false data. This should not be surprising considering that the authors of retraction announcements are, believe it or not, the authors of the article flagged for retraction. Consequently, the researchers realized that they cannot rely on the stated cause of retraction because these lean towards error even when the true reasons are more blameworthy.

More troubling, not every article suspected of fraud gets retracted. The researchers cite three concrete examples where the evidence clearly indicates that fraud occurred yet the journals responded either by not retracting any articles or only retracting some of the articles based on faulty data. This means that the above numbers should be even higher. Additionally, while prestigious journals had lower incidences of plagiarism and article duplication, they had higher incidences of fraud.

More troubling still, scientists continue to cite articles even after they have been retracted, although a great drop in citation frequency happens immediately after the retraction in many cases. The researchers found that the frequency of citation of retracted articles varies widely. At best, scientists could continue to cite retracted articles, not because they don’t know the article has been invalidated, but because the article may still have some valid information.

Overall, the picture looks fairly bleak. The researchers wonder if science’s winner-take-all system incentivizes unethical behavior. This would explain the higher proportion of fraud in top-tier journals. Scientific “winners” receive jobs, grants, and prizes, which in turn leads to more job opportunities, grants, and prizes, and so the process snowballs. The winners win big and the losers often have little or no money with which to conduct research. Since public funds finance so much scientific work and since current scientific work all too often simply trusts previous scientific work, it may be necessary to have government regulation to ensure scientists don’t waste public money by faking numbers. If fraudulent advertising is considered dangerous and so in need of regulation, how much more dangerous is fraudulent science?

For more, see “Misconduct accounts for the majority of retracted scientific publications” in PNAS. 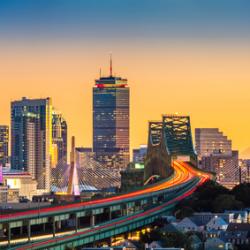 Public Square
A Big Weekend in Boston
Science On Religion

Public Square
What Is Postmodernism? And Why Does It Matter...
Science On Religion 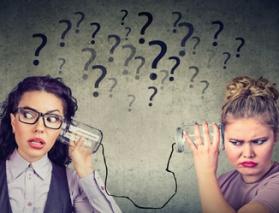 Public Square
Measuring the Evolution Gap between the Humanities and...
Science On Religion 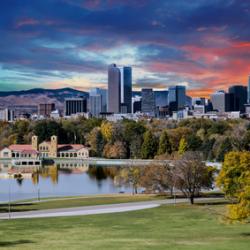