The Wave of the Future: Experimental Religious Studies 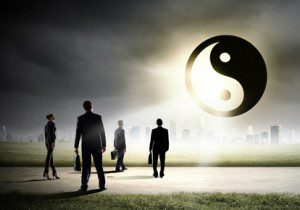 If you don’t know about Edge.org, you should. Especially if you are a nerd. Edge is an online salon in which experts from all sorts of different fields get together (virtually, of course) and discuss important issues, from human evolution to the future of agriculture to bioethics. In a recent Edge column, influential religious studies scholar and cognitive scientist Edward Slingerland offered a fascinating look at how the academic study of religion can use experimental methods to sort out the good theories from the bad ones. If he’s right – and I’m betting my career that he is – we won’t have to rely anymore on “Just-So” stories and strongly held personal hunches when talking about religion. We can test whether our fondest ideas hold up against the harsh light of reality.

Slingerland’s career has followed a fascinating but convoluted path, beginning with fairly straightforward scholarship in Chinese philosophy. As such, Slingerland started out as a  humanities scholar, which means (these days) that his professors in graduate school taught that there was no real way to compare ideas across cultures. This is one of the basic propositions of postmodernism, the school of thought that has dominated the humanities for about three decades.* Postmodernism argues that human thought is so deeply shaped by unique cultural and linguistic contexts that comparing ideas across cultures is a hopeless endeavor. In fact, if you do try to compare ideas across cultures – if you suspect that there’s a strong similarity between the religious writings of post-Han Dynasty Chinese Daoists and early Pauline Christians, for instance – you are going to get in Very Big Trouble with the postmodernists, because you are probably Imposing Your Own Cultural Assumptions on others. Postmodernism insists that no one can truly understand another’s culture, that there is no common root of experience across cultures. Slingerland writes:

I was trained in a period of humanities that was very social constructivist, so post-modernism “we’re products of culture and language all the way down.” That made doing comparative work kind of hard…we were trained to do was a very thick description of what we were studying, explore all the nuances of it, and that’s the end of our job. We lay it out there. What can you say about it? We can’t analyze it, we can’t compare it to anything else. I think this has really led the humanities into a dead end…

Fortunately for Slingerland (and, if I may tip my hand here, everyone else on planet Earth), there turned out to be alternatives to the Hamlet-like, overcautious obscurantism of postmodern methods. “Embodied cognition” is a movement in the philosophy of mind that argues that much of our thinking is driven by metaphors and analogies which are borrowed from the physical experience of being human bodies. This, of course, is an experience that people across cultures share:

This embodied cognition movement that Lakoff and Johnson are a part of gave me an alternative. We’re embodied creatures who are engaged with the world, we’re designed by evolution. How can we know what an early Chinese text is talking about? Well, we can look at the metaphors. When Confucius talks about being pulled along by something, like being pulled by a horse, we know what that’s like because we’ve been pulled along by something. So in a way, you can use your body and your embodied experience as a decoder key to understand the experiences of people in other cultures.

After receiving tenure, Slingerland used his newfound academic freedom to retrain himself in cognitive science and human evolution, eventually moving to the University of British Columbia-Vancouver to work helping humanities scholars and scientists understand what they each had to offer the other. At UBC, Slingerland has undertaken a multiyear project to study the origins and functions of religion, rooting his approach in “dual inheritance theory,” a model of human evolution that assumes that our cultures and behaviors are both influenced by our genes and, in turn, influence them. Thus, the answer to the age-old question of “nature or nurture?” is always “both!” (For religion, anyway.) Slingerland’s team has some very specific ideas about how religion evolved and spread:

We have theory of mind that we evolved for social cognition, but it overfires, and so things happen and we think that there’s a reason for it. There’s a storm and we think that it must be some intentional being who’s behind the storm.…So you get basic religious cognition as an over firing of stuff that evolved for other reasons. That gives you a small scale society religion. So miscellaneous supernatural beings. Probably gives you afterlife beliefs. But what it doesn’t get you is what you see in what Ara [Norenzayan] calls “big god religions”. These are religions where you’ve got a morally concerned high god. You’ve got supernatural surveillance. The high god can see you…

In other words, Slingerland argues that there are two different “levels” of religious evolution: one, at the basic tribal level, in which people recognize spirits and gods; and two, at the level of agricultural civilization, in which “high gods” start suddenly caring whether you treat your neighbor fairly and what you do behind closed doors. What’s really exciting about the work Slingerland is doing is that it’s allowing researchers to test hypotheses about the origins of religion that have been bandied about for years, but haven’t been concretely compared with real-world data. For instance, Slingerland’s team is developing a database of information about world societies – from the smallest tribes to the sprawling civilizations of China and India – which will allow researchers to empirically test whether their ideas hold true across cultures:

We’re not just studying WEIRD people—we’re going to the field and studying small scale societies all over the world. We’re doing laboratory experiments, we’re doing neuroimaging experiments, we’re doing ecologically valid field projects.…We’re gathering data on all sorts of social complexity and political variables. The idea is that it’s a way to get beyond “Just So” stories. I mean, people have a theory about history and they trot out a couple of cherry picked examples and that’s their claim. We can actually now mathematically, statistically, test claims because we’ll have a complete data set in certain parts of the world.†

If you have a claim: I have a “Just So” story that human sacrifice is the origin of people’s belief in a high god, and you can’t get high gods unless there’s some kind of primal act of sacrifice, and that’s where people get the idea of a high god. We’ll have a database that will have complete records of the religious systems around the world. You can actually look and see if that’s true. We’ll say, “No, actually in 80 percent of these societies, you get high gods without any kind of human sacrifice.”

This is, of course, the single most important, and useful, feature of science: that we can suddenly learn when our ideas are wrong. Karl Popper naïvely oversimplified this truth for his concept of falsification, but the fact is that you know you’re dealing with reality – not your imagination – when reality reaches out and smacks you. If you think that human sacrifice is the historical key to developing “high god” religions, but then the massive empirical database currently being built at UBC-Vancouver completely refutes your hypothesis, this is a signal that the scientific study of religion has undergone a quantum leap in maturation. We’re now capable of being smacked by reality. We can be told bluntly by Mother Nature which of our ideas are good, which are okay but need work, and which are simply better put out with next week’s garbage pickup.

* Although honestly it has felt more like three millennia

† WEIRD = Western, Educated, Industrialized, Rich, and Democratic. For more, see my previous post on the subject.