Is religion good or bad for the world? 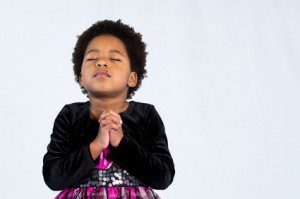 What would the world be like with no religion? While this is a question we’ll probably never comprehensively answer, it is an interesting one. Does religion contribute, on balance, to human well-being or to oppression and misery? Most people already have their minds made up on this question, but generally for ideological reasons: religious believers tend (unsurprisingly) to argue that religion does a lot of good for the world, while the vast majority of folks critical of religion come from Marxist and anti-theistic perspectives. Fortunately, ideology isn’t all we have to go on. Two researchers summarized a vast body of quantitative literature for the most recent issue of the Skeptical Inquirer, and found that claims for religion’s wholesale moral decrepitude are notably exaggerated.

The article’s title is “Would the World Be Better Off Without Religion? A Skeptic’s Guide to the Debate.” What’s key is that the venue it’s published in isn’t exactly a platform for pro-religious cheerleading. The Skeptical Inquirer is probably the world’s best-known periodical for challenging unscientific or pseudoscientific claims – from UFOs to homeopathy to spirit healing. Its list of fellows include such famous atheists as Susan Blackmore, Richard Dawkins, and Lawrence Krauss. The two authors of the article in question, Scott O. Lilienfeld and Rachel Ammirati, are both researchers at Emory University and both self-confessed atheists. Whatever angle a review of the scientific literature on religion is likely to take in such a magazine, it isn’t going to err on the side of religion-boosting.

Which makes Lilienfeld’s and Ammirati’s conclusions – couched as they are in the cool, almost irritatingly self-distancing language of professional skeptics – all the more remarkable. They certainly don’t make religion look like the summum bonum of all human affairs, a panacea that can cure all. But they’re very adamant that it’s not the opposite, either. According to the wide-ranging literature they survey, there’s a regular but modest positive correlation between religiosity and prosocial behavior, and a negative correlation between religious practice and antisocial behaviors. These correlations persist across a wide range of study designs and methods, suggesting pretty strongly that there’s a there there – that these effects are genuine.

Lilienfeld and Ammirati were inspired to carry out their investigation by the self-assurance and vociferousness with which people on all sides of the debate typically broadcast their claims. Writers such as Richard Dawkins, Sam Harris, and Daniel Dennett confidently proclaim that there are few or no social benefits of religion, despite devoting virtually no space in their books to objective examination of the research. Meanwhile, pro-religion voices, such as pastor and author Rick Henderson, baldly state that atheism leads to immorality, despite extensive demographic and research evidence to the contrary. So with all these loud voices and little actual data, what’s a skeptic supposed to do?

The answer is clear, as it should be for the rest of us: go look at the hard research. Lilienfeld and Ammirati dived headfirst into the sprawling body of quantitative studies, meta-analyses, and experimental evidence to determine whether religion was, in fact, a net negative for humanity – as so many public atheists fiercely assert. The researchers operationalized “goodness” as prosocial behaviors,* in the assumption that when writers claim we’d be “better off” with or without religion, they’re implicitly referring to a more humane world in which people treat each other more kindly. So the question becomes, does religion make the world a more or less humane place?

Technically, of course, the question is pretty much unanswerable. How could you conduct a controlled, double-blind experiment, with one planet Earth sans religion and another otherwise identical planet Earth a secular paradise?† The answer is, you don’t. But what you can do is look at real people who claim to be religious and look at other people who claim the opposite, and see whether there are quantifiable differences in the ways they behave. Surveying dozens of published research studies tackling exactly this question, the skeptics found that a consistent effect emerged: across studies, religious believers were slightly less likely to do antisocial things than their completely secular counterparts.

…recent studies, as well as meta-analyses (quantitative syntheses) of the literature, have converged on a consistent conclusion: belief in God bears a statistically significant, albeit relatively weak, association with lower levels of criminal and antisocial behavior, including physical aggression toward others.

It’s important to note that this effect was weak – although they were statistically significant, the correlations in the studies Lilienfeld and Ammirati examined were generally around .1, which means that religious believers were about 10% less likely than nonbelievers to, say, commit crimes. Clearly, there are many other factors that influence antisocial behavior much more strongly than religion.

But religion did have an influence, and in contradiction to the claims made by writers such as Sam Harris, the influence was very reliably in the direction of protecting against criminality and antisocial behavior. This effect was especially clear in the context of religious attendance (that is, actually going to services regularly, rather than merely saying “I’m religious”), and of intrinsic rather than extrinsic religiosity. (Intrinsic religiosity is a well-known construct that measures a person’s commitment to his or her faith for its own sake, rather than for external or social benefits. Intrinsically religious people might go to church simply because deepening their faith is an end unto itself, while extrinsically religious people may expect to make social contacts, or receive health benefits.)

Lilienfeld and Ammirati also cited studies suggesting that religion is correlated with enhanced self-control, and, for adolescents, with volunteering and empathy. Other studies pointed out positive correlations between religiosity and sophistication in moral reasoning. All these effects were moderated by intrinsic religiosity, and – for prosocial behaviors such as volunteering – by private religious practices such as personal prayer.

Perhaps most provocatively, in research conducted in their own laboratory Lilienfeld and Ammirati also found

Before you get outraged, keep in mind that these effects were also weak, and that a slightly lower measure of empathy is not the same thing as actual psychopathy. Indeed, given other research suggesting that atheists tend to be more systemic in their thinking and less oriented toward interpersonal cognition, it’s unsurprising that nonbelievers showed slightly lower levels of empathy – since empathy entails imagining the inner states of others, which is a bit harder to do when your mental resources are often devoted to figuring out abstract, impersonal problems.

In nearly all these studies, Lilienfeld and Ammirati caution, the relationships between religiosity and prosocial behavior are merely correlational, making it impossible to determine causal influences. It could be that people who are more inclined to prosocial behavior are slightly more likely to become religious, for instance. In fact, there’s some evidence for this supposition, since some twin studies show that both religiousness and prosociality are strongly influenced by genetics. People who inherit genes for agreeableness and conscientiousness might, then, become both more prosocial in adulthood and more likely to drift toward religion.

Other findings include that religion seems especially protective for people who are at elevated risk for antisocial behaviors: adolescents growing up in high-crime areas, people with poor impulse control, and youth involved in gangs; and that a great deal of religious believers’ supposedly prosocial behavior is directed toward other members of their own faiths. This latter finding suggests that religion’s positive effects may be limited to within in-group circles. (However, as I’ve detailed before, this effect isn’t universal – some religious practices appear to actually encourage prosociality across tribal lines.)

Lilienfeld and Ammirati construct a well-argued case that religion is not the anathema many anti-religion activists make it out to be. In fact, on balance its effects seem to be consistently, if mildly, positive at the individual level. However, this doesn’t mean that atheists are automatically immoral. Given the statistical weakness of the effects, it’s a virtual certainty that many nonbelievers exhibit strongly moral and prosocial behavior, weakening the clarity of the signal between religion and prosociality.

It also doesn’t mean that the the world is clearly better off with religion than it would be without. Population dynamics are odd ducks; statistical effects for individuals are often reversed at the level of populations. For instance, a famous 1950 study showed that, at the level of U.S. states, high levels of immigration were positively correlated with high literacy. But at the individual level, recent immigrants were much less literate than native-born Americans. The reason? States with high levels of literacy tended to attract the most immigrants. Similar paradoxical effects might be found for religion. Indeed, high-religiosity states in the U.S. tend to have higher levels of crime and divorce.

Lilienfeld and Ammirati, as skeptics attempting to suss out the truth of loudly anti-religious and pro-religious claims, are admirably circumspect in their conclusions. The evidence is clear that at the individual level religion is weakly associated with prosocial behavior. But this doesn’t solve the debate; it just makes broad, sweeping claims on behalf of either partisan side look a lot less plausible:

The widely advanced hypothesis that the world would be “better”—more humane—without religion is entirely reasonable, and it should continue to be debated by thoughtful scholars.

Contrary to the forceful assertions of some prominent atheist authors (e.g., Dawkins 2006; Dennett 2006), however, the data consistently point to a negative association between religiosity and criminal behavior and a positive association between religiosity and prosocial behavior. Both relations are modest in magnitude and ambiguous with respect to causation. At the same time, they cannot be ignored by partisans on either side of the discussion.

* To “operationalize” something in research is to find a way to quantify and measure it.

† There would be two major challenges to this project: you’d have to somehow construct an artificial alternate universe, probably in a parallel dimension, and then populate it with non-religious simulacra; and you’d have to get the protocol through your IRB. The first challenge would be very, very difficult. The second would be insurmountable.

June 28, 2014
How do we make meaning of evolution? By admitting its uncomfortable truths.
Next Post

July 14, 2014 The Wave of the Future: Experimental Religious Studies
Recent Comments
0 | Leave a Comment
"Seems like contemporary culture is attempting a bold experiment: let's hope that individuals will arrive ..."
connorwood Why Rites of Passage Are Painful
"What is the replacement on hand? This question is from a father of two teenage ..."
Kripa Why Rites of Passage Are Painful
"I think with hindsight we have to say that Trump enabled Putin's invasion of Ukraine ..."
Barros Serrano So Long, Pax Americana
"Connor, have you perused the Biologos website yet? Biologos is an organization largely of evangelical ..."
Heather G Mashal Faith and the Evolutionary Predicament
Browse Our Archives
Related posts from Science On Religion