Cooperation Thrives When We (Mostly) Prefer People We Already Know 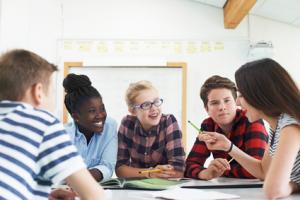 Despite how it may seem, we humans are extraordinarily good at cooperation. We take care of each other’s kids. We help each other move. And, in large complex societies like our own, we (mostly) abide by the rules that make it possible for us to live together in relative peace. Sure, it may seem like developed, Western societies are being torn apart by factionalism and in-fighting, and in many ways they are – but recent political unrest only conceals what an incredible feat it was to build such highly cooperative, smoothly functioning societies in the first place. How do we do it? How do we create such robust ties of reciprocity and mutual aid that we can build fantastically complex societies of skyscrapers and freeways, yet still remember to hold the door for one another? One research team at Harvard University argues that social clustering is part of the answer – that is, our societies are cooperative because we cooperate more with our close friends and neighbors than we do with strangers.

It’s a counterintuitive claim for inhabitants of a society like ours. Modern Western culture was built on Enlightenment and Protestant ideas about universalism and a shared, common humanity that transcends local communities or provincial boundaries. Many of us instinctively don’t like the idea that moral parochialism could be beneficial for…well, anything. We think that the more unconditionally we offer our trust and cooperation, the better off everyone will be, because the world will be less tribal and discriminatory. But mathematical and modeling research at Harvard’s Program for Evolutionary Dynamics (PED) suggests that the opposite may be true: if we freely mingle with everyone we meet, not discriminating at all between close relationships and strangers, cooperation is likely to collapse.

Ski Krieger, a postdoctoral fellow at PED, compares the structure of social networks to states of matter like solids, liquids, and gasses. If a society is in a “gas” state, then there’s no structure – everyone just has one-off interactions with everyone else at random, moving from person to person like gas molecules bouncing around an open room. But a “solid” population would be one with stable, long-term patterns of preferential association: people largely interact with the same people they’ve interacted with before, just like molecules in a solid lattice are linked to the same neighbors for keeps. In this case, there’s much less of a chance of randomly interacting with someone who’s at a distance from you in the network. At Aeon magazine, Krieger writes:

A solid population would be unchanging, just like the molecules in a brick or rock. You’d always see the same people, and know their reputation and behaviour. For most of us, this solid, crystalline phase represents the backbone of our social life. We have long-lasting connections to friends and family, and interact with them often, but don’t see as many friends-of-friends or family members several-times removed.

The fact that these connections are rare can help to insulate you from defectors. If there is one defector on the subway platform [a crowded, unstructured social environment – CW], you might be susceptible to getting swindled – but if your cousin’s partner’s plumber, Donny, happens to be a defector, you are unlikely to be affected in any way.

By “defector,” Krieger means an agent who’ll cheat you or otherwise act selfishly at your expense. In the most common game-theory scenarios used to study evolution and cooperation, there are two types of agents: defectors and cooperators. For example, if you’re waiting to board a train, you might stand back to let others exit the train first. If so, you’re cooperating – you’re playing by the rules, subordinating some of your selfish interests (getting the best seat) to the common good (everyone being able to exit and board the train efficiently). But if a rude stranger barges past you the second the doors open, that person is defecting – breaking the common agreements in order to secure the best selfish outcome.

It doesn’t take very many defectors for cooperation to break down. Imagine that, every time you try to stand back and let others exit the train, selfish people barge past you and grab the best seats. Pretty soon, you’ll stop acting like a chump and starting pushing through the doors too. Krieger points out that the best way to stabilize cooperation in a social network, then, is for cooperators to preferentially associate with one another. If you have a solid network of friends and relations whom you know you can trust, then it makes sense to play by the rules…within the group. With strangers, you can’t ever be sure whether someone is trustworthy right away, so it makes sense to be a little more guarded.

Structured populations – societies where people belong to tightly bunched in-groups woven within larger, looser networks – are mathematically the most promising for sustaining long-term, reliable cooperation. Why? Because when everyone has a reliable local network to sustain cooperation, they can behave trustingly most of the time, and also ostracize non-cooperators. This population structure increases the return on investing for cooperating, and significantly increases the costs for defection: if you’re a jerk, you get pushed out of all the most valuable social groups, where people cooperate the most reliably. You have to instead associate with other defectors. You lose.

A third “state” of social populations, the liquid state, is also promising for cooperation. Here, people can enter and exit viscous – that is, slightly “sticky” – relationships and institutions at will. In a liquid social state, cooperators can simply boogie any time their network gets infiltrated by defectors, leaving the cheaters behind. This fluidity allows cooperators to smoothly reconfigure the social structure so that they always preferentially assort with one another.

However, in the liquid social state, the most commonly favored “equilibria,” or solutions to the game-theory problems of cooperation, tend to be low-risk and medium-payoff. More structured populations, where people maintain strong ties to just a few other close neighbors, favor more efficient – that is, higher-payoff – cooperation. Also writing at Aeon, Benjamin Allen, another researcher at PED, observes that

Cooperation flourishes best when each individual has strong, reciprocated connections to a small number of others. In this case, cooperation spreads locally, along these connections, leading to clusters of cooperators who share benefits with each other. In contrast, if all individuals are equally connected to all others, the benefits of cooperation become diluted in the sea of non-cooperators, and the behaviour cannot spread. Thus, for cooperation to thrive, a few strong ties are better than a myriad weak ones.

What’s interesting about this set of findings is how closely it hews to a lot of classical political theory. The English philosopher Edmund Burke – often called “the father of conservatism,” although he considered himself a liberal – famously argued that society works best when people are active members of “little platoons:” families, religious organizations, clubs, and voluntary associations. Rather than owing our allegiance to a single overarching monarch or being equalitarian “citizens of the world” – equally loyal to all people everyone – Burke insisted that we should be realistic about the need to be fiercely loyal first to those who matter most to us, and then work outward from there. Political thinkers since Burke, from Alexis de Tocqueville to Robert Putnam, have concurred, arguing that “social capital” emerges most reliably from particularistic, local groups that nonetheless maintain connections with each other and with the wider whole.

Mathematical modeling, like the studies being done at Harvard’s PED group, help us learn more about what enables cooperation in an often-risky world. Modeling is useful for these studies because it’s practically impossible to run real-world experiments on evolutionary dynamics – you’d need timescales and instrumentation that would make you more like a deity than like a regular scientist. We’re talking about thousands of years. (Nobody’s got that much funding.) But mathematical models – and their fast-growing cousins, computational models – let scientists explore ideas in a way that can give real insight into complicated evolutionary questions. They just have to be ready for the possibility that, when they get their answers, they’ll find some of history’s great philosophers already waiting for them.

If you’re reading this, there’s a good chance you’re interested in the careful study of religion, cooperation, evolution, ritual, and related topics. So my own research team at the Center for Mind and Culture needs your help. We’re building a couple of surveys, which you can find at the website ExploringMyReligion.org. We’d love it if you could sign up for an account – it’s free, takes about 20 seconds, and doesn’t require anything more than an email address – and take those two surveys. They’re called the “Multidimensional Religious Ideology Survey” and the “Dimensions of Spirituality Survey.” They’re the only two surveys included under the heading “Help Us Create New Surveys” on the Explore page of the website. Please share this with your friends – the more people take these quizzes, the better and more useful they’ll be for researchers, interested laypersons, and everyone in between!

Speaking of surveys, another group of friends and colleagues is starting an exciting project to carry out a 10-year longitudinal study on identity, attitudes, and beliefs. They’re looking for people who would be willing to take three surveys – one this year, one in 2023, and the third in 2028 – to help them learn about how people’s beliefs and other social and psychological characteristics change (or not) over time. I’ll probably have more to say about this in a future post, but for now, please consider signing up! 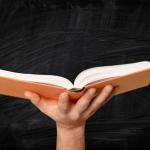 September 21, 2018
New Project: Synthesizing Empirical Findings and Theory in the Scientific Study of Religion
Next Post 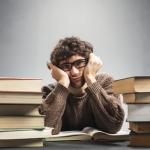 October 26, 2018 What Is Religious Studies? Or: No, Grandma, I Am Not Going to Be a Pastor
Recent Comments
0 | Leave a Comment
"menangqq adalah situs permainan poker Online dengan server kualitas terbaik dan bonus ratusan juta rupiah"
berbonusqq When the Social Order Has Legitimacy ..."
"This post is spot on. The problem is accentuated by a disparagement of cultural traditions ..."
Positivist Is Academia a Failed Initiation Rite?
"Another example of WIERD being, well, the weird exception to the rule.The "missing second half" ..."
Kevin Kostlan Is Academia a Failed Initiation Rite?
"Good points, Elritus.I think often times folks are right to resent a system (or System) ..."
connorwood The Symbolism of Old Gods and ..."
Browse Our Archives
get the latest from
Science On Religion
Sign up for our newsletter
POPULAR AT PATHEOS Public Square
1

Faith in numbers: Behind the gender...
The Conversation
3

Public Square
The Coronavirus Outbreak Shows the Dangers of Social...
Science On Religion