New Project: Synthesizing Empirical Findings and Theory in the Scientific Study of Religion 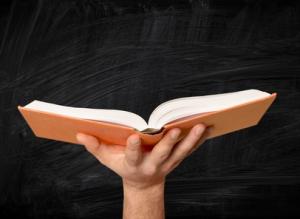 There are a lot of fields of study in the modern university. You could major in biology or German literature. You could study philosophy, chemistry, or neuroscience, or delve into Slavic languages. But the scientific study of religion – that is, the study of religious beliefs and behaviors using the tools of the cognitive, evolutionary, and biological sciences – is a little different. It’s not a recognized field with its own departments and professors. You can’t really major in it. Yet research in this area has accelerated rapidly over the past two decades, with new discoveries turning up nearly every week. It’s maturing into something more than a hodgepodge of research programs in loose connection with each other. In order to help the scientific study of religion develop further, I’m happy to say that I’ve started work on a new project to review and integrate what’s been published over the past twenty years, and to help chart a course for what’s to come. The project is called “Synthesizing Empirical Findings and Theory in the Scientific Study of Religion (SEFT),” and I’ll be working full-time on it for the next 16 months as primary investigator at the Center for Mind and Culture.

Funded by the John Templeton Foundation, the SEFT Project is an initiative to survey the work that’s been done in the scientific study of religion thus far – to step back and take a bird’s-eye view of what the field has accomplished, where it’s come from, and where it might go next. The idea for the project came from my own readings and research in the field. While many labs are producing good, high-quality research, the demands of teaching and other academic duties make it hard for even the most diligent scientists to keep up with everything that’s happening – much less to do extensive reading in classic anthropology or religious studies, where many of the theories we use originated. So I wrote a grant proposal asking for funding to dedicate myself to doing exactly that. Generously, the Templeton Foundation chose to fund the project.

This doesn’t mean I’ll be locked away in a library reading full-time for the next year and a half. Nope, I’ll be doing a lot of writing, too. The project will generate at least two major review papers for peer-reviewed publication (plus a lot of blog posts). Review papers are articles that scientists publish where they don’t report any new data or results. Instead, they gather together a whole slew of already existing research reports and papers, synthesize their findings, and produce a new theoretical framework or identify problems in the literature. In the review papers I plan to write for the SEFT Project, I’ll survey and compare findings and suggest new hypotheses about some key questions in the scientific study of religion.* The hope is that this work will help the field get clearer about some of its core questions, by delineating exactly what different researchers are predicting and what their findings tell us.

For example, one of the most pressing questions for researchers who study religion scientifically is why ritual has the features it does – specifically, why do we humans take part in so many acts that are repetitive, exaggerated, stereotyped, and not aimed at any practical goal? From Catholic masses to military funerals, our lives are full of situations where we make repetitive, exaggerated, conspicuous bodily and symbolic actions with no objective purpose. Interestingly, these same features are also symptoms of psychological disturbances such as obsessive-compulsive disorder (OCD), which is characterized by intrusive thoughts and repetitive, stereotyped motor behaviors.

One approach to understanding ritual has emphasized the similarity between cultural or religious rituals and such stereotyped obsessive behavior. Harking back to the work of Sigmund Freud, this approach highlights the connections between ritualized behavior and anxiety. For instance, the anthropologists Pascal Boyer and Pierre Liénard argue in a well-known paper that ritualized behaviors emerge from a “hazard precaution system” in the brain that alerts us to nearby threats or potential dangers. When the hazard precaution system turns on, it activates a tendency to engage in repetitive, low-level actions, which essentially “swamp” our working memory, thereby reducing anxiety. In other words, ritualized behaviors are a way of distracting ourselves from anxiety or fear.

By contrast, a different approach to ritual emphasizes the similarity between cultural rituals and animal ritualization, such as mating rites among birds. In this framework, ritual is seen as being primarily about communication. Ritual acts are exaggerated, stereotyped, formalized, and repetitive in part because these are exactly the features that are useful for getting messages across with maximum clarity. For example, when soldiers fold up a flag at a military funeral, each of their motions is precise, exaggerated, and crisp. This crispness and attention to detail sends the message that the participants are showing respect to their fallen comrade and to the patria, the country – because if the soldiers were sloppy or careless, they’d be sending the opposite message. Researchers such as anthropologist Richard Sosis have argued that this communicative or signaling function of ritual is its major feature, and so there are direct evolutionary connections between animal ritualization and human cultural ritual.

The hazard precaution theory of ritual is a cognitive and psychological theory, rooted in neuroscience, cognitive psychology, and classical psychoanalysis. The signaling theory of ritual, on the other hand, draws primarily from evolutionary biology and ethology (the study of animal behavior). Each theory makes important contributions to our understanding of religious ritual, but there haven’t been many serious attempts to systematically compare their different predictions and consequences. In other words, although they seem to be painting a different picture of ritual, nobody really knows whether they’re actually incompatible, or how they might be integrated. One of my goals for the SEFT Project is to set these two theories side-by-side, compare them with the data, and see whether we can make sense of what they say in light of each other.

It’s not like the scientific study of religion hasn’t already seen many really good research reviews published. It has. In fact, many of the most widely read articles in the journal Religion, Brain & Behavior – by some estimations the flagship journal in the field – are review articles. But writing a comprehensive review paper takes a ton of time away from other responsibilities – teaching, primary research, committee work. It’s not often that a scientist gets a big swathe of free time to laboriously read over 150 papers published over the past ten or fifteen years, exhaustively compare their results, and write a 12,000-word paper making a tightly woven argument for what he or she thinks they mean. It’s an investment.

With grant support to spend all my time between now and January 2020 doing exactly this kind of work, I’ll be freed to do careful, thorough, and exacting reviews of the labyrinthine and fast-growing literature in the scientific study of religion. Hopefully, anything I publish, whether as a peer-reviewed paper, book chapter, or even blog post, will help advance the field by clarifying where the evidence seems to be leading, where our theories are weakest, and what directions we should look in next. Now, if you’ll excuse me, I have about 2,974 papers to read. 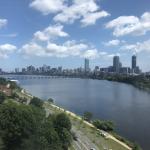 August 30, 2018
Fun Conference Recap: The International Association for the Cognitive Science of Religion 2018
Next Post 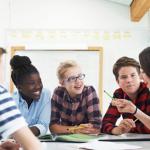