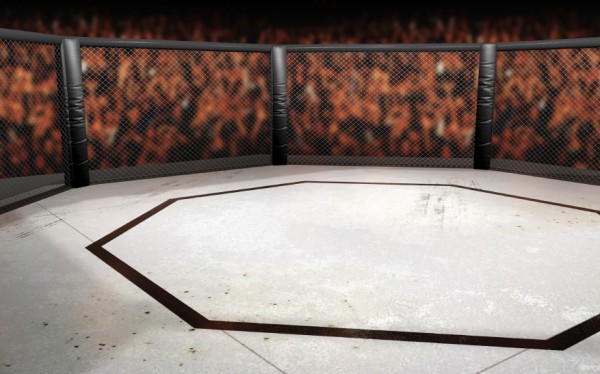 Three MMA fighters are starting a fight of a different kind – a battle in the courts. Cung Le, Jon Fitch and Nathan Quarry are suing the UFC and its parent company, Zuffa LLC, for trying to monopolize the world of MMA.

The suit claims fighters “are paid a fraction of what they would earn in a competitive marketplace,” and the organization is not transparent about how much money fights bring in.

They also say that Zuffa controls 90% of all the money generated from MMA events in the U.S., North America, and probably the world. That’s the definition of a monopoly, and it violates a whole slew of laws. The UFC controls the market using anticompetitive tactics and buying competitors.

By limiting other companies that host MMA bouts, the UFC makes sure that fighters have to come to them. It’s called “monopsony power,” where the number of buyers is artificially limited and restricts the sellers’ (fighters) choices. Then they get stuck in super controlling contracts:

Although a single loss could allow the UFC to terminate a UFC Fighter’s contract, the Ancillary Rights Clause remains in effect in perpetuity. As a result, the UFC can restrict a UFC Fighter’s ability to promote himself or herself for profit even after the UFC Fighter’s career with the UFC has ended.

Fighters aren’t even allowed to use the term “UFC” without written permission.

At some level, it looks like the UFC knows what it’s doing and isn’t ashamed. The UFC president and two owners of Zuffa presented at a sports conference in front of a huge screen reading “World F***ing Domination: Reshaping the Sports World.” On it was a picture of the Earth shaped like a hexagon. If that’s not hubris, I don’t know what is.

The UFC has been investigated before, but the case was closed with no action taken. Now might be the time it has to face the music, much like the sport of boxing 14 years ago. The Muhammad Ali Boxing Reform Act protected boxers, improved regulation of the sport, and helped its overall reputation – but MMA has had no such act yet.

Former UFC champion Carlos Newton helped the lawyers determine if the suit was plausible, and is cheering the fighters on:

“The sport of mixed martial arts is the most restrained sport in the world. It’s restrained by UFC. The UFC is the fastest growing monopoly in the world. I’m here to stand with my fellow fighters. We’re here to remove the anti-competitive restraint, address antitrust violations, and gain compensation for our life blood, our years of dedication in the sport.”

Fitch, one of the first 3 fighters bringing the suit, said, “This sport is definitely not about fighting anymore. It used to be about finding out who the best guy was, what the best style was. It’s not about that anymore. It’s about the top company making the most money.”

One of the lawyers involved in the UFC case recently won a settlement from Apple worth $450 million. Since it’s a class-action suit, hundreds of other fighters can join if they’ve also been affected – anyone who’s fought in the UFC or had their identity used in UFC publicity. This could get really big.

The case makes total sense to me – but we’ll have to see what the courts decide. And it might take awhile. If the case gets the green light, there could still be 9 months of gathering evidence.

December 29, 2014 Six Ways to Organize Your Desk and Redecorate Your Life (by Catherine in Glamour Magazine)
Recent Comments
0 | Leave a Comment
Browse Our Archives
get the latest from
Family
Sign up for our newsletter
POPULAR AT PATHEOS Family
1