5 Things You Wouldn’t Know About Me if You Only Watched Wife Swap July 30, 2015 Sean Lowe 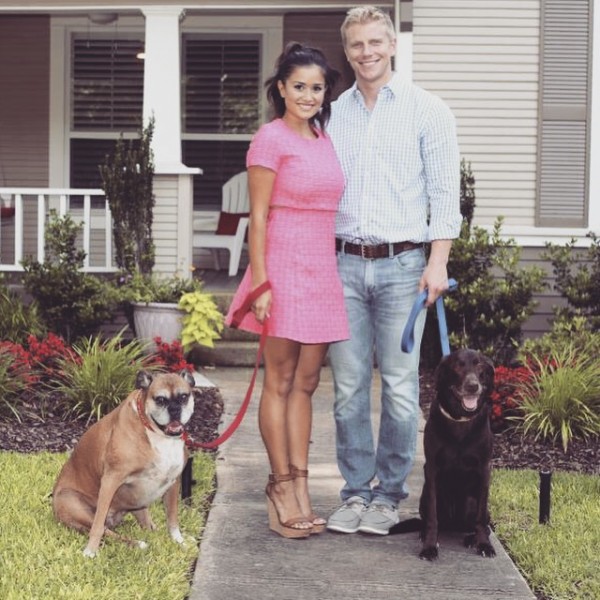 Wife Swap… yeah that didn’t go as expected. For those of you who didn’t get to watch the episode last night, I was painted as a domineering, selfish, controlling husband – a jerk. A husband who seemed to only care about himself and not his wife. I’ll be honest with you, even though I knew most people would be able to see through the “character” they created, it really bothered me.

Let me start by saying, I have no room to complain about anything. I agreed to do the show and they compensated me for doing so. Yes, I mistakingly thought the silly narratives they created would be shown as light hearted and fun but I also understand that when you sign up for reality TV, you run the risk of being depicted however the show sees fit. With that said, I’ve also been spoiled by The Bachelor franchise because they let things unfold naturally for the most part. As I’ve said many times, putting 25 men or women in a house together and traveling the world in search of love doesn’t need scripting. So I’m not here to bash Wife Swap or sound vindictive by any means. I just wanted to clear up any misconceptions that may have been formed on the show. So here’s five…

1) I’ve never written a list of chores for Catherine to do and if I did, I’m pretty sure she would laugh at me. And if I ever asked her to iron my socks, she’d probably leave me. And if I ever thought about ironing my own socks, I’d punch myself.

2) Although I do sometimes eat boring healthy meals, I make those meals myself and Catherine never eats it with me. Also, we’re both addicted to pizza.

3) I do most of the cleaning in the house. I’m the neat freak between the two of us and I’m the one who usually vacuums and cleans the house. Although Catherine’s been doing it a lot more often lately because she knows I like it.

4) I work from home and usually wear basketball shorts every day. The idea of me playing the “breadwinning 1950’s husband” is laughable.

5) Catherine is not someone who stays at home all day waiting for me. She’s ambitious and loves working. She’s also my retirement plan, I’m just waiting for her to make her millions and with all of her new fashion and design endeavors, it’s just a matter of time before that happens!

So now that I’ve said that, let me tell you what I know is true – I shouldn’t care what anyone thinks about me anyway.

Easier said than done but I’ve been constantly reminding myself of that fact since last night. So often I seek the adoration and praise of others when I should be seeking to please God. And speaking of God, I was bummed, but not surprised, that our bible study scene didn’t get any airtime. Molly genuinely loved it and I was hoping they’d share some of that. But I digress, thanks to everyone who wrote me and wished me well last night.

Lastly, just want to say that working with Molly and Jason was such a pleasure. They will be dear friends of ours for many years to come.

July 28, 2015
Five Things I'd Say to Kaitlyn and Shawn Now That They're Engaged
Next Post

August 3, 2015 Since It's Too Hot in Dallas....
Recent Comments
0 | Leave a Comment
Browse Our Archives
get the latest from
Family
Sign up for our newsletter
POPULAR AT PATHEOS Family
1