9 months into it, I figured out this about fatherhood

I’ve been a dad now for almost nine months. Over the course of the last nine months, I’ve learned a ton about babies- from sleep scheduling to breast feeding and everything in between. Before Samuel was born, Catherine and I took a four week course at the hospital which helped us prepare for the delivery and it also educated us on many of other topics related to raising a newborn baby. On top of taking the class, we also read several books on raising babies. So going into parenthood, we felt fairly well prepared for the journey in front of us.

The one thing I failed to prepare for was what my role would be once Samuel was born. As a dad, you’re somewhat limited in how much you can help out since the baby relies on the mother so much during those first few months but I believe it’s the dad’s job to support the mom as much as possible. This was learned the hard way by me. The first few months, Catherine was getting very little sleep because Samuel would need to feed every few hours. I was doing my best to help with changing diapers, taking out the trash, occasionally taking him to the mall for an hour or two to give Catherine some rest, but it wasn’t enough. Even though I felt like I was helping where I could, I could see that Catherine was exhausting herself while still doing 99% of the work on only a few hours of sleep a night.

So after months of learning from my own idiotic mistakes, here’s my advice to new dads: contribute in a meaningful way that will give your wife a chance to rest. We’ve adopted a new schedule now where I’ll wake up early with Samuel, change him, heat up his bottle and put him back in bed with Catherine so she can get a couple extra hours of sleep. I’ve also gotten in a routine of dropping him off at our gym’s childcare center when I workout so that Catherine will have a chance to catch up on her own work. Basically, I’ve learned that what Catherine needs most sometimes is a break, and it’s my job to giver her just that. Don’t get me wrong, she still does most of the work around here but I’m trying my best to take some of the load off of her and show her how much I appreciate all she does. 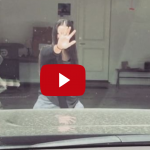 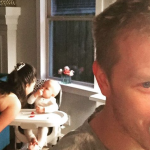 March 24, 2017 5 Photos of My Little Family
Recent Comments
0 | Leave a Comment
"Agreed. I would update your post. Here is a link to PetMed advising the harmful ..."
Jennie Bui McCoy A Mind Blowing Tip on Calm ..."
"I was disappointed to hear Arie’s conversation with Tia on this episode of the Bachelor. ..."
Michelle Arie: How a Cracker Barrel Waitress ..."
"I watched tonights episode of the Bachelorette Jan 29, 2018 and was concerned about Arie's ..."
Jerry Robin Finin Arie: How a Cracker Barrel Waitress ..."
"Phil 4:6 is one of my favorite Bible verses :) Having an attitude of gratitude ..."
PreciousbutRare When I bought a new car, ..."
Browse Our Archives
Related posts from Sean Lowe