No, Virginia…and the World is Still Wonderful

One thing that never fails to pee on my Yule log this time of year is the reappearance of the “Yes, Virginia” editorial. In 1897, an actual little girl wrote the following to the editors of the New York Sun:

I am 8 years old. Some of my little friends say there is no Santa Claus. Papa says, ‘If you see it in THE SUN it’s so.’ Please tell me the truth; is there a Santa Claus?

Your little friends are wrong. They have been affected by the skepticism of a skeptical age. They do not believe except they see. They think that nothing can be which is not comprehensible by their little minds. All minds, Virginia, whether they be men’s or children’s, are little. In this great universe of ours man is a mere insect, an ant, in his intellect, as compared with the boundless world about him, as measured by the intelligence capable of grasping the whole of truth and knowledge.

Yes, VIRGINIA, there is a Santa Claus. He exists as certainly as love and generosity and devotion exist, and you know that they abound and give to your life its highest beauty and joy. Alas! how dreary would be the world if there were no Santa Claus. It would be as dreary as if there were no Virginias! There would be no childlike faith then, no poetry, no romance to make tolerable this existence. We should have no enjoyment, except in sense and sight. The eternal light with which childhood fills the world would be extinguished.

Not believe in Santa Claus! You might as well not believe in fairies! You might get your papa to hire men to watch in all the chimneys on Christmas Eve to catch Santa Claus, but even if they did not see Santa Claus coming down, what would that prove? Nobody sees Santa Claus, but that is no sign that there is no Santa Claus. The most real things in the world are those that neither children nor men can see. Did you ever see fairies dancing on the lawn? Of course not, but that’s no proof that they are not there. Nobody can conceive or imagine all the wonders there are unseen and unseeable in the world.

Let’s peel back the spun sugar coating to see the festering heart of that reply. A little girl expresses her trust in the Sun’s veracity, then says, “Please tell me the truth.” In response, the editor not only lies, but tells the girl that the world would be intolerable if this thing he knows to be false were false. And the world coos with delight.

The Santa myth itself isn’t the problem here. Engaging in the myth is not only harmless and fun but an unmissable opportunity for critical thinking. When kids begin spotting holes in the story, they start by poking around the edges, intentionally avoiding the obvious direct question because their desire to know has not yet overtaken their desire to believe.

But there’s a crucial turning point in the Santa game. Virginia had reached it — and the editor betrayed her. When the desire to know pulls ahead of the desire to believe, and they ask if Santa is real, you must tell the truth, or the whole exercise becomes a farce. When kids finally say that they are ready for the answer, be there with the answer they are ready for. Help them see that Christmas still happens, and the world is just as wonderful when you know where all the good things actually come from.

I’m convinced that the roughly six percent of kids who feel “betrayed” when they find out Santa isn’t real had their belief perpetuated beyond its normal course, usually by well-meaning parents.

“Yes, Virginia” is an unbeatable example of Daniel Dennett’s hypothesis that any given magical belief is less about a given god or text or myth than simply “belief in belief” — the untethered but deep compulsion that belief itself (in gods, faeries, Santa, karma, good luck charms, The Secret) is a good to be treasured and its loss a thing to be grieved. This remains one of the greatest insights into the religious impulse I have ever heard.

Just as I was recovering from my first annual dose of “Yes, Virginia,” a related piece of spam plopped wetly into my inbox from EZSantaLetters.com:

How to Convince Your Child That Santa is Real

One of the major drawbacks of life in today’s world is the fact that children grow up too fast. Belief in Santa Claus is one of the aspects of childhood that is usually first to go. Promoting the belief in Santa is one of many things parents do for their children. Several methods exist to accomplish this, but two of the best are a Santa call and Santa letters.

As parents, we all want our children to be able to hold onto their childhood as long as possible. One aspect of childhood that we encourage is the belief in Santa Claus and all he stands for. Arranging for a child to receive a phone call from Santa and planting evidence of his visit are two ways to help keep children believing as long as possible. These will add to the child’s enjoyment of Christmas as well.

I have no words.

This Santa spam and its “Yes Virginia” ancestor are like drops of amber with a bit of human nature inside — that urgent human yearning toward belief, and revulsion to disbelief, that keeps religion alive well beyond the point we’re ready to know the truth.

Dale McGowan is the author of books including Atheism for Dummies, Parenting Beyond Belief, and Raising Freethinkers. He lives in Atlanta. 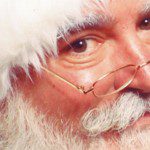 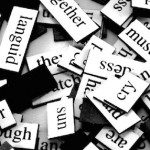