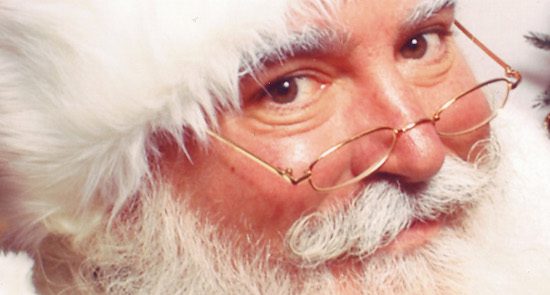 It’s hard to even consider the possibility that Santa isn’t real. Everyone seems to believe he is. As a kid, I heard his name in songs and stories and saw him in movies with very high production values. My mom and dad seemed to believe, batted down my doubts, told me he wanted me to be good and that he always knew if I wasn’t. And what wonderful gifts I received! Except when they were crappy, which I always figured was my fault somehow. All in all, despite the multiple incredible improbabilities involved in believing he was real, I believed – until the day I decided I cared enough about the truth to ask serious questions, at which point the whole façade fell to pieces. Fortunately the good things I had credited him with kept coming, but now I knew they came from the people around me, whom I could now properly thank.

Now go back and read that paragraph again, changing the ninth word from Santa to God.

Santa Claus, my secular friends, is the greatest gift a rational worldview ever had. Our culture has constructed a silly temporary myth parallel to its silly permanent one. They share a striking number of characteristics, yet the one is cast aside halfway through childhood.

And a good thing, too: A middle-aged father looking mournfully up the chimbly along with his sobbing children on yet another giftless Christmas morning would be a sure candidate for a very soft room. This culturally pervasive myth is meant to be figured out, designed with an expiration date, after which consumption is universally frowned upon.

I’ll admit to having stumbled backward into the issue as a parent. My wife and I defaulted into raising our kids with the same myth we’d been raised in, considering it ever-so-harmless and fun. Neither of us had experienced the least trauma as kids when the jig was up. On the contrary: we both recall the heady feeling of at last being in on the secret to which so many others, including our younger siblings, were still oblivious.

But as our son Connor began to exhibit the incipient inklings of Kringledoubt, it occurred to me that something powerful was going on. I began to see the Santa myth as an unmissable opportunity – the ultimate dry run for a developing inquiring mind.

He was 8 when he started in with the classic interrogation: How does Santa get to all those houses in one night? How do the reindeer fly? How does he get in when we don’t have a chimney and all the windows are locked and the alarm system is on? Why does he use the same wrapping paper as Mom? All those cookies in one night – his LDL cholesterol must be through the roof!

The “Yes, Virginia” crowd will heap implausible nonsense on the poor child, dismissing doubts with invocations of magic or mystery or the willful suspension of physical law. Only slightly less problematic is the second choice — the debunker who simply informs the child that, yes, Santa is a big fat fraud. I chose Door Number 3.

“Some people say the reindeer eat magic corn,” I said. “Does that sound right to you?” Initially, boy howdy, did it ever. He wanted to believe, and so was willing to swallow any explanation, no matter how implausible or how tentatively offered. But little by little, the questions got tougher, and he started to answer that second part – Does that sound right to you? – a bit more agnostically.

I avoided both lying outright and setting myself up as a godlike authority, determined to let him sort this out himself. And when at last, at age 9, in the snowy parking lot of the Target store, to the sound of a Salvation Army bellringer, he asked me point blank if Santa was real – I said, “What do you think?”

I smiled back. It was the first time he’d asked me directly, and I told him he was right. “So how do you feel about that?”

I knew just what he meant. His world was full of gravity and momentum and the water cycle and cell division — then there was this magic man at the North Pole with flying reindeer. Now that weird thing had been explained away: it was an attractive myth he had chosen to believe, then chosen to discard.

He wasn’t betrayed, he wasn’t angry, he wasn’t bereft of hope. He was relieved. It reminded me of the feeling I had when at last I realized God was fictional. The world actually made sense again.

And when Connor started asking skeptical questions about God, I didn’t debunk it for him. I told him what various people believe and asked if that sounded right to him. It all rang a bell, of course. He’d been through the ultimate dry run.

By letting our kids participate in the Santa myth and find their own way out of it through skeptical inquiry, we give them a priceless opportunity to see a mass cultural illusion first from the inside, then from the outside. A very casual line of post-Santa questioning can lead kids to recognize how we can all snow ourselves if the enticements are attractive enough.

Such a lesson, viewed from the top of the hill after leaving a belief system under their own power, can gird kids against the best efforts of the evangelists – and far better than secondhand knowledge could ever hope to do.
_______________________
First appeared in Parenting Beyond Belief, now available in a 10th anniversary edition with new contributors. Image via Wikimedia

Dale McGowan is the author of books including Atheism for Dummies and Raising Freethinkers. He lives in Atlanta. 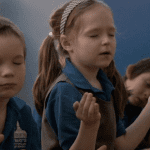 November 25, 2015
Pay Attention, Media! The Lord’s Prayer IS NOT BANNED in UK Cinemas!
Next Post 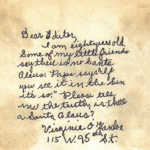 November 30, 2015 No, Virginia...and the World is Still Wonderful
Browse Our Archives
Related posts from The Secular Spectrum