A Little Birdie Told Me to Do It 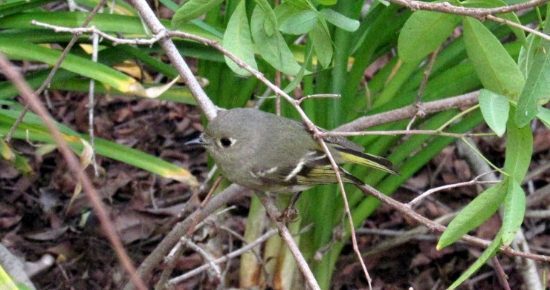 In my last post, I compared the behavior of a serially mendacious hospital chaplain, who continually lied and broke his promises, to typical feline behavior.

The difference is, when my cat Taran jumps on the counter to watch the birds outside the window, he doesn’t rationalize that he’s doing it for the greater good.

I’ve never had a cat who responds as quickly and consistently to the command of no as Taran. But when he sees a bird, he still can’t resist jumping onto the counter. In a cat’s philosophy, birds outweigh no. And he’s okay with that.

But the human mind is capable of convincing us that our selfish desires are actually selfless, even noble. We are supposedly the higher creature—the pinnacle of evolution in some minds.

Is the ability to self-justify any action a sign of superiority?

I suspect that the Prevaricating Preacher (PP) sincerely thought he was doing what was best for me when he repeatedly broke his promises to Keith to stop coming around to pray for me because I’m an atheist. Perhaps he viewed himself as a kind of spiritual doctor, struggling to save my life by intervening with God on this earthly plain.

He didn’t think he was actually causing harm, as he aggravated my nonbeliever mom, in the depth of her sorrow, as she sat by the bedside of her equally atheistic dying daughter. He had a higher duty. If only I could accept the Lord’s light in my heart, I would be healed, as he had had prayed over my comatose body. A prayer which my mother found deeply offensive.

Like the Blues Brothers, he was on a mission from God.

That is another point that separates PP’s thinking from my cat’s. When Taran feels the urge to jump onto the counter to watch birds, he doesn’t think the idea comes from God.

And cats are supposed to be the lower species.

It probably never occurred to PP that he was increasing the tension of my already anguished mother and boyfriend. He was evading the wishes of everyone involved, including the very person he wanted to pray for, but it’s what God commanded.

That little birdie guiding him in his ear wasn’t his own desires, but the orders of the Lord above. Did you ever notice that God never seems to tell people to do something that they didn’t already want to do in the first place?

To PP, my nonbelieving loved ones were condemning me to death. If it weren’t for their erroneous beliefs, they would see that.

Perhaps he even saw the situation as akin to what doctors face when they’re trying to treat critically ill patients whose religion bars medical treatment. He was so invested in the truth of his belief that he couldn’t imagine the other side of the equation.

It all comes down to a matter of respect.

For the faithful, hospital pastors are a source of solace. But because PP didn’t feel nonbelievers were entitled to equal respect as believers, he felt he had a right—perhaps even a duty—to ignore my secular loved ones wishes, even to the point of putting them in contentious situations in their moment of despair.

That’s what makes me so angry.

Yes. PP was disrespecting my beliefs, as the atheist whose life was on balance. But my secular loved ones were completely conscious and facing the very real prospect of my death, which my doctors all assumed would be happening in short order.

And then in walks PP, bringing not comfort, but arguments.

Of course, one can ever know what goes on in another person’s mind. But PP’s actions suggest that he may have been thinking something along these lines.

I can’t let Stephanie die because she hasn’t let the Lord’s light into her heart…yet. After she’s healed by the Lord’s grace, she will surely see the error of her ways. I just have to get around her misguided loved ones. Can’t they see that I’m doing this for Stephanie’s own good?

Though PP’s lies may on the surface seem benevolent, they were messianic and, ultimately, selfish.

Why would PP repeatedly evade his promises to Keith that he would stop trying to pray for me? Was he paid by the prayer? No. He truly believed he was being prevented from his holy quest by these hard-headed nonbelievers.

The fact that he said, “Good, there’s still hope for you,” after Keith told him he was an agnostic, suggests that he viewed his mission as a Christian first, and a hospital chaplain second.

He was going to be my savior, whether the people who loved me liked it or not.

That’s why it was so selfish of him. He made my dire situation even more difficult for Keith and my mom. They were facing one of the the most difficult situations imaginable, but that didn’t matter as much as his personal desires.

Some man of God.

I’m not as angry at him for disrespecting my beliefs as much as I am for making this wrenching time even harder for my loved ones.

It all comes down to a matter of respect.

Or rather, lack of it. PP would’ve respected my and my loved ones’ beliefs if I had practiced my ancestral religion, Judaism, even though it was different from his own. He was a nondenominational chaplain, employed to comfort patients and their loved ones in a polyglot city of countless faiths.

But for PP, there was nothing in his job description that required him to honor the beliefs of those who hold no faith at all.

The previous posts in this series can be read here: Part One, Part Two, Part Three. 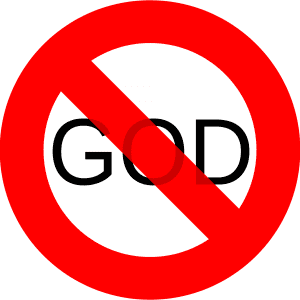 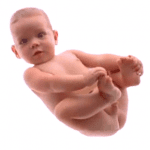 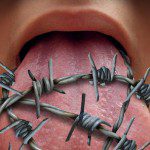 February 5, 2016 The Taboo of Atheism in Egypt
Browse Our Archives
Related posts from The Secular Spectrum