The Zika Humanitarian Challenge for the “People’s Pope” 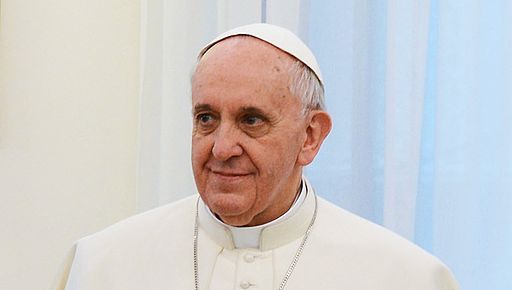 My boyfriend Keith and I walk/hike through a different botanic garden or nature reserve every week as part of my coma and stroke rehab. ne of the most serene spots (when it’s not crowded) is called Ferndell. It has the fairy tale aura its name implies. Planted in the 1920s in a moist and shaded microclimate along a crawdad-filled creek, its ferns and exotic tropical plants are nestled within the oaks and conifers of Griffith Park.

Last year, as we neared the end of our walk, we came upon a heartbreaking scene. A gray-haired man sat on a bench next a younger adult with microcephaly, whom I assumed was his son. A wheelchair stood a few feet away.

I had never seen someone with microcephaly before, the congenital brain defect in which babies are born with abnormally small skulls and damaged brains. People used to call them pinheads. They were once exhibited in freak shows, and are now part of pop culture in a popular alternative comic called Zippy the Pinhead.

But the condition is no joke for the afflicted and those who love and care for them.

The son’s microcephaly was unmistakable. I can only imagine what his parents have gone through, judging from his disturbed behavior. He was violently bowing his body at the hip as he kicked his legs and loudly moaned. As I’ve since learned, microcephalics are prone to seizures, but it looked more compulsive than convulsive to me.

Of course, I don’t know their story, but it seemed to me that we were getting a tragic peek at a brain that was profoundly disordered.

As sad as the scene was, it was also deeply moving. His son was clearly severely mentally impaired, but the father was doing his best to enrich his life by taking him to this place of beauty and tranquility. The father wasn’t a young man, and I couldn’t help thinking about what will happen to his son when he is gone.

I think of this scene every time I read the latest headline about the Zika virus raging through Latin America and Polynesia.

From what I’ve read, not all cases of microcephaly are as badly affected as the man in Ferndell. Indeed, some of the afflicted are perfectly normal. However, there are preliminary signs that many of the Zika babies are at the extreme end of the microcephalic spectrum. 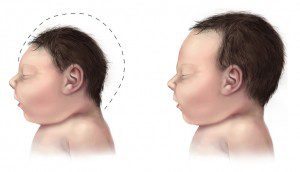 Though the link hasn’t yet been definitively proven, there is substantial circumstantial evidence that the epidemic of deformed and brain-damaged babies is caused by the Zika virus. The incidence of microcephaly shot up from an average of 150 a year to more than 4000 in the most severely affected country, Brazil. The World Health Organization has declared a worldwide health emergency.

What hasn’t been widely reported is that Zika is a disease of  poverty. The poor in Brazil often work outdoors in crowded slums filled with stagnant pools of water. The Brazilian army has been dispatched to root out these mosquito breeding grounds, but it’s impossible to find them all.

The Center for Disease Control has warned Americans who are pregnant or might become pregnant to avoid travel to the more than twenty countries in Latin America and the Caribbean where Zika is spreading.

While Zika is expected to reach North America in due course, it’s no coincidence that the mosquito-borne diseases dengue and chikungunya, which are endemic in Central and South America, have found no traction in the better-developed neighboring continent. This is despite the fact that the two species of mosquitoes known to carry these viruses are also found in North America.

The affected Latin American countries have taken the unprecedented step of advising women to avoid becoming pregnant for varying periods of time. El Salvador has gone as far as recommending that woman avoid pregnancy until 2018.

What the countries aren’t doing is handing out condoms.

That would also prevent the transmission of Zika, which has been shown to spread sexually. In these Roman Catholic countries, with exponentially growing Protestant Fundamentalist movements, birth control is often hard to come by. That’s especially true for the poor women most susceptible to catching the Zika virus.

The alternative is to refrain from sex entirely for two years. We all know how effective abstinence-only sex education is….

I’ve also read the advice to not get bitten. As someone who was drenched in Off before being allowed to venture outdoors during my early childhood in Miami, all I can say is good luck with that. No matter what defenses we throw at them, humans are walking blood banks to mosquitos. Witness the million-plus deaths from malaria every year.

We may be in the midst of the Sixth Great Extinction, but there is one creature no one would shed a tear over if it went the way of the dodo.

These same countries have some of the strictest abortion laws in the world. Abortion is illegal in El Salvador without exception, and the rate of unintended pregnancies in Latin America is over 50 percent–the highest in the world.

In Brazil, which has among of the harshest abortion laws on the continent, there is a move by abortion rights advocates to loosen the restrictions for woman carrying microcephalic fetuses.

Meanwhile, the Catholic Church has been silent.

Pope Francis has become a liberal icon, as he speaks out for the poor and the persecuted, while walking the walk concerning his vow of poverty. I see a Pope Francis meme on my Facebook timeline, shared by ordinarily secular liberal friends, at least once a week.

Yet this pope from Argentina has had nothing to say about an epidemic striking the most powerless people on his home continent. Without proper support, potentially tens of thousands of dirt-poor families will be devastated.

How will they support a child who may never be able to work or even take care of themselves?

But even worse are the babies not yet born—with undersized and oddly smooth brains—that could’ve been prevented if their conception had been delayed.

The advice to postpone pregnancy is not just giving up, a throwing up of hands over a hopeless public health emergency. Zika symptoms only appear in one in five people who contract it, and in those who show symptoms the effects are usually mild. They will then be immune to further infection. Furthermore, researchers are racing to develop a vaccine.

It’s a race against time, as more brain-damaged babies continue to be born. And all it would take would be for the “people’s pope” to ease an antiquated and dangerous (re: AIDS, overpopulation, and famine) proscription against contraception.

I wouldn’t hold your breath though, because this progressive hero of a pope is in fact a theological conservative.

Look, I get the objections to abortion (except early and “morning after pill” abortions, when the fetuses are nothing more than a collection of undifferentiated cells). But isn’t contraception the best way to avoid abortion?

But even in Latin America, contraception is widely practiced, at least among the affluent. Zika is a disease of the poor, the very people who don’t have access to family planning.

I shudder to think what will happen after the Olympics are held this summer in Rio de Janeiro. The main theories of how Zika arrived in Brazil from Polynesia—after originating in Africa—involve the 2014 World Cup or a canoe race that was held a few weeks later.

During the Olympics, the world will celebrate togetherness as the athletes compete. And then the competitors and attendants will disperse around the globe.

If the so-called people’s pope really wants to help the downtrodden, he has the power to prevent untold suffering by officially permitting a form of protection that doesn’t wear Off. 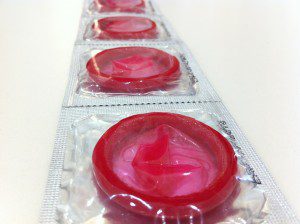 Update: Pope Francis has finally given into my goading on the contraception issue. Okay, so it’s just possible that this post had nothing to do with it. But on February 18, Pope Francis said in a press conference, in relation to the Zika epidemic:

Avoiding pregnancy is not an absolute evil. In certain cases, as in this one, as in that one I mentioned of Blessed Paul VI, it was clear. I would also urge doctors to do their utmost to find vaccines against these mosquitoes that carry this disease.

He was referred to Pope Paul VI’s 60s-era emergency authorization of birth control when nuns were being targeted for rape in the Belgian Congo. As the the Friendly Atheist’s Lauren Nelson noted in an excellent breakdown of the issues, this isn’t the first time a pope has suggested that the church’s prohibition on contraception could have some exceptions. In that case, Pope Benedict’s statements were later “clarified” by the Vatican. That could happen in this instance too. And the pope’s statement was a far cry from changing the official church policy against contraception. Nonetheless, I may have been premature in assuming that the pope would look away from the unfolding tragedy befalling the poor of Latin America, which could be prevented by the use of a simple condom.

February 8, 2016
Do You Need God for Life Purpose?
Next Post 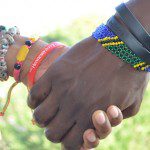 February 12, 2016 Contradicting the Universe
Browse Our Archives
Related posts from The Secular Spectrum