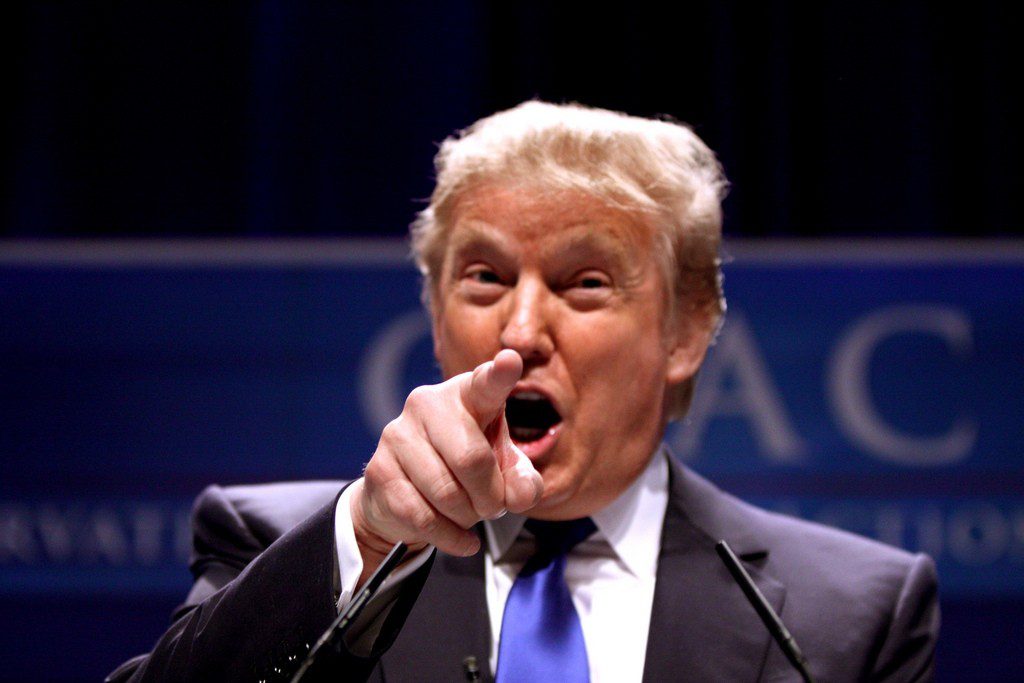 Despite desperate opposition from the Republican establishment, Trump has dominated the primary process, most recently with his decisive victory in New York. Mainstream politicians and commentators who use traditional frameworks to analyze the situation struggle to explain Trump’s success with voters. Turning to neuroscience helps provide a more accurate explanation, by revealing that Trump’s popularity stems from his masterful ability to resonate with the emotions of many Americans.

For example, consider his slogan, “Make America Great Again.” This phrase appeals to the anxiety of many voters still suffering from the consequences of the 2008 economic downturn. They experienced their own lives growing worse and want their situation to be “great again,” believing that Trump, as a business manager, can make that happen.

These voters also feel anger toward the political establishment, which they blame for not fixing the economy. Trump does a marvelous job of presenting himself as an anti-establishment candidate by playing up his business background and by sparring with the Republican Party bigwigs.

Proposing “a total and complete shutdown of Muslims entering the United States” taps into anxieties about Muslims, whom many Americans consider highly likely to engage in terrorism. Thus, Trump gains significant support by positioning himself as the most powerful defender of everyday Americans against such perceived threats.

Trump also issues provocative statements tapping into such anger and anxiety in an off-the-cuff manner. Such statements cause these voters to feel that Trump is authentic in his sentiments, developing their trust in him. Moreover, hearing a major political figure express views that these voters previously shared only in private company helps people feel emotionally validated.

Trump’s actions take advantage of how our brains are wired. Intuitively, we feel our mind to be a cohesive whole and perceive ourselves as intentional and rational thinkers. Yet cognitive science research shows that intentional thinking is only a small component of our mind, with most of our mental processes dominated by emotions and intuitions.

These emotions and intuitions make quick snap decisions that usually feel “true,” and are correct much of the time. Yet they sometimes lead us wrong in systematic and predictable ways. While we can use the rational part of our mind to catch these predictable errors with sufficient training and time, many people currently lack the skills to do so.

Trump has excellent charisma and emotional intelligence. These qualities make him capable of speaking effectively to the most powerful part of our brain, the emotional one. His actions exploit – intentionally or not – the systematic errors in our thinking to get what he wants.

By contrast, many prominent Republican politicians do not give our emotional system of thinking due attention. For instance, Mitt Romney condemned Trump as a “phony” and “fraud” shortly before the March 15 primaries. This type of attack only strengthens the emotional desire to vote for Trump among anti-establishment voters by triggering a thinking error called the backfire effect – a tendency for our beliefs to grow stronger when they are challenged by contradictory evidence.

We can see the results of Romney’s attack by Trump’s decisive victories in the primaries on March 15. Likewise, the barrage of negative advertisements and more recent condemnations by mainstream Republicans did not stop Trump from winning over 60% of voters by in New York, 35% more than his closest rival.

By contrast, Trump has lost a number of states in between March 15 and April 19, which mostly make decisions via caucuses of committed party activists as opposed to primaries. This is because the delegates at caucuses are less motivated by primal emotions of fear and anger, and instead are more strategic in their political engagement, seeking out the best candidate to win the presidential race. To avoid the backfire effect among primary voters, establishment Republicans would be much better off spending less time bashing Trump and instead focusing on praising his rivals.

Trump also receives heavy criticism for not laying out specific policy proposals. Yet this line of attack is ineffective for voters motivated by anger and fear, because the large majority of Trump’s voters trust him emotionally. Consequently, Trump has been able to avoid laying out major policy proposals. As a result, his supporters see whatever they wish to see in him. Yet they may be relying on wishful thinking, another error that involves forming beliefs based on what is pleasant to imagine rather than actual evidence.

While Trump is a master at exploiting the emotional part of our brain, he is not the only candidate doing so. Whatever candidate you are considering, I hope you deploy intentional thinking and avoid the predictable errors in making your political decisions.