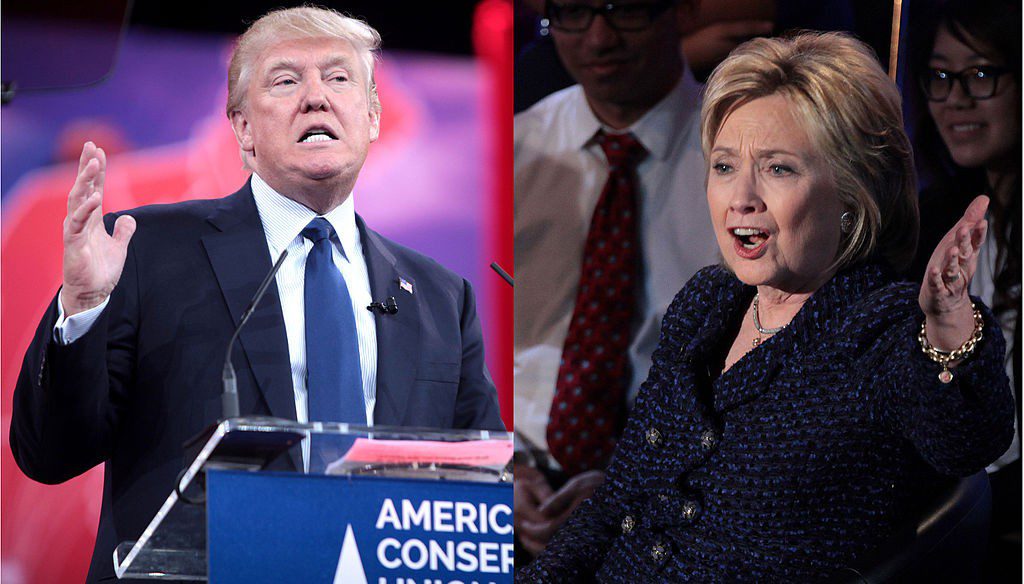 Public speaking is an anxiety-inducing task for most us, yet it’s also a necessary one, whether you’re a corporate CEO, a high school teacher or a presidential candidate. And like the rest of us, candidates stumble when speaking in public.

Donald Trump’s tendency to speak off the cuff, for example, has long rattled his campaign aides, even as it’s also a source of his popularity. His numerous gaffes are infamous – from insulting women, war heroes and most minority groups to taunting Hillary Clinton’s bodyguards to disarm.

Clinton’s biggest problem is of a different nature. She has struggled to overcome the persistent impression that she’s inauthentic, cold and distant. This is something that she and her team have worked on a great deal recently.

The candidates’ most important public speaking event is coming up: the first presidential debate on Sept. 26, which The New York Times calls “the most anticipated in a generation.” No wonder, as the perceived winner has generally gone on to win the election.

While presidential candidates face the same obstacles speaking in public as the rest of us, their stakes couldn’t be higher. Fortunately for Clinton and Trump, there are research-based strategies to become more effective orators – techniques that we can use too.

As Trump and Clinton prepare for the debates, prominent media outlets have been evaluating what they need to do to win. Trump’s challenge is staying calm and on point, while Clinton’s is to convey emotions and avoid coming off as distant and isolated.

However, the most important thing for both candidates will be staying on top of their mental game. Both are trying to figure out ways to rattle their opponent and make them appear unworthy of the presidency.

Being mentally fit means dealing with the very common fear of public speaking, known as glossophobia. Yet public speaking is vital not only in politics but also in many careers, especially in business as one progresses into senior management and leadership positions.

Fortunately, a little work can go a long way in building confidence and addressing these fears. Research shows that those with some training in public speaking not only improve their own communication but can successfully teach others to give better speeches.

As a scholar of the role emotions play in public life, I teamed up with Patrick Donadio – a speech coach with over 30 years of experience providing leaders with useful presentation tips – to figure out the best strategies to address oratorical fears. Together, we came up with a set of research-informed techniques that anyone can use – including candidates for the highest office in the land.

In the first-ever televised presidential debate between Richard Nixon and John F. Kennedy in 1960, the former appeared sweaty and nervous, while the latter looked calm and well-prepared.

On election day, JFK won the popular vote by a meager 0.2 percent. As 6 percent of voters claimed that the debates that year were the deciding factor, both Clinton and Trump would be wise to focus on managing any potential anxiety they might experience to avoid Nixon’s fate.

Sure, some anxiety is useful. It gets the adrenaline pumping and can give you energy and enthusiasm. Still, beyond that, if you don’t deal with the fear, you’re unlikely to do well no matter how hard you try. Intentional thinking strategies can help you manage your emotions – and the source of your fear.

It’s helpful to remember that your fear is not unique. There would not be as much extensive research on speech anxiety if it were. Knowing that this is a common phenomenon should relieve some of the fear, as it shows that you are not alone.

Clinton, for example, learned as a young woman to control her emotions, which has served her well. Now, however, she needs to do the opposite and overcome fears she may have showing her emotions to avoid being perceived as cold and aloof.

In turn, Trump may need to overcome any anxiety he may experience about not being sufficiently knowledgeable about the issues at hand.

One way to do that is to boost your mood.

Give yourself a pep talk and psyche yourself up. Some people meditate, others pray, others listen to music and others jog. You can even curse to relieve the stress, as does President Barack Obama. There are many ways to elevate your mood.

Similarly, try positive thinking. Study after study has revealed that positive thinking helps address stress and anxiety and leads to better mental and physical health. In the context of speech-making, remind yourself that you know more about the topic than the audience does. You may not be a global expert, but, chances are, if you’ve done your research, you’ll know more than the vast majority of listeners.

This is probably not as big of a concern for Clinton, who is well-known as a policy wonk, but Trump is less practiced and so would be wise to give himself a pep talk before he walks on stage.

Take care of your body

Even if you use the strategies above, you may get a little nervous right before you get up to speak. You may also experience some excess energy. Don’t try to get rid of it all – believe me, you can’t – but you do want to eliminate some of it. Try “tense and relax” techniques.

For example, you could clench and relax your fists. Clench your fists really hard and then release them. If you notice a lot of tension in your neck, try shoulder shrugs. Push your shoulders up to your ears, hold them there for 10 seconds, and release. Former Republican presidential candidate Scott Walker, for instance, goes for a run before debates.

Finally, make sure you’ve had enough sleep, water and a good meal before giving your speech, and don’t forget to use the restroom. You don’t want to have an embarrassing moment like Clinton did during a debate when she was late coming back from a bathroom break.

Studies show that gradual exposure to fear-inducing stimuli – known as exposure therapy – combined with relaxation techniques such as those described above is a safe and effective means of decreasing anxiety and building confidence.

Since it is especially helpful to simulate the exact environment in which your speech will take place, another way to do that is to try practicing in the same location you will be giving it and imagine what it will be like when you’re doing it live.

Clinton and Trump, for example, may want to make a quiet visit to the Hofstra University auditorium, where the first debate will be held.

If doing that is impractical for you, try visualization, a strategy that doesn’t require you to leave your home. It involves visualizing yourself delivering a perfect speech in front of a rapt audience. This research-based strategy is widely employed in a similar way by top athletes and actors, such as Will Smith, Tiger Woods and Venus and Serena Williams.

Clinton’s background in previous political debates gives her an edge there, as she can easily imagine what it’ll be like more precisely than Trump.

Visualization doesn’t replace actual practice, of course. When you do practice, it’s still optimal to create an environment that simulates the situation well. For instance, if you’re planning to give a presentation to potential investors, ask friends or colleagues to role play and ask tough questions.

Both Clinton and Trump are engaging in thorough preparations. We know that Clinton is doing mock debates, which will likely serve her well during the event itself. We have no confirmation of whether Trump is doing the same.

The candidates also need to study each other as much as they study the content, since their goal is to win, not just to convey information. If your goal in public speaking is to outdo a competitor, as in a debate or contract bid, you must study that opponent and make sure that you take advantage of her/his weaknesses, while defending against her/his strengths.

From first speech to inaugural address

These tips, widely used by experienced speakers like Trump and Clinton, can help anyone minimize the impact of speaking anxiety. The sooner you get up in front of a group, realize that you have something important to say and say it, the sooner you’ll get rid of your fear.

Speaking is a skill that grows stronger with practice and weaker with disuse. The secret to improving your speaking skills is experience.

Remember, your first speech may be your worst speech, but you will keep getting better and less anxious going forward. After all, not even presidential candidates become excellent public speakers overnight. 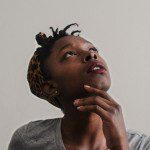 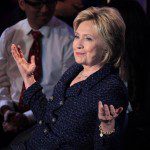 September 29, 2016 Why the Pundits Are Wrong About Clinton Dominating the Debate
Browse Our Archives
Follow Us!