Who Will Make America Safer? 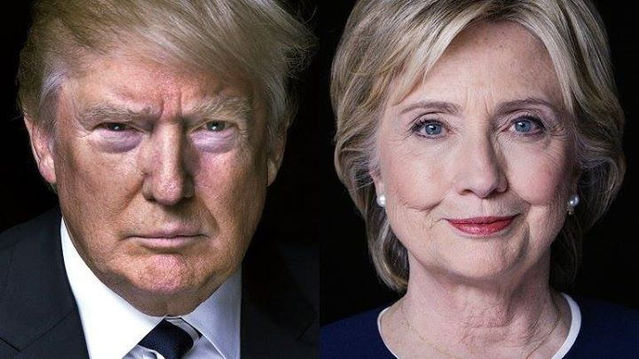 The second presidential debate featured both Hillary Clinton and Donald Trump claiming to be the best choice to make America safe. So which candidate is actually the best choice for safety?

In past elections, the Republican candidate usually succeeded in convincing those who care about safety and security to vote for him. Yet this is no ordinary election, as shown by over a hundred Republican national security leaders signing a letter saying that Trump “would use the authority of his office to act in ways that make America less safe, and which would diminish our standing in the world.”

Exchanges during the second debate show further evidence that those who care about safety should consider Trump the more risky and dangerous choice. Clinton noted that “you can look at the propaganda on a lot of the terrorists sites, and what Donald Trump says about Muslims is used to recruit fighters, because they want to create a war between us.” Indeed, an al Qaeda affiliate used statements by Donald Trump critical of Muslims in January 2016 to make the case that the United States is an Islamophobic society and that American Muslims should support al Qaeda. In March 2016, ISIS released a tape using Trump’s words as a recruitment tool.

Trump doubled down during this debate. Given the opportunity by a question from an audience member to share how he will help address the rising Islamophobia, Trump pivoted to criticizing Muslims, saying that “Muslims have to report the problems when they see them.” His implication is false, as according to the FBI’s director, James Comey, “some of our most productive relationships are with people who see things and tell us things who happen to be Muslim.”

To be fair to Trump, we need to ask whether there is any rational reason to fear Muslims. In 2015 there were seven terrorist acts in the United States, with nine terrorists altogether. Six of the nine were motivated, in some part, by Muslim beliefs.

Applying this sort of probabilistic thinking is a research-based way to deal with any potential false beliefs and consequent bad decisions. We can see that being Muslim is a very poor statistical indicator of whether someone is a terrorist, making fears of Muslims irrational.

A savvy business leader, Trump can do such simple probabilistic calculations easily. He also must know that his words belittling Muslims will be used to recruit terrorists to attack the US. Why would he make such statements, especially ones that are clearly false?

Well, he knows that most Americans have little faith in media fact-checkers. He is thus willing to make false statements, even if they make America less safe, to appeal to fear and anger around terrorism among US citizens. From the start of the campaign, Trump has successfully used his emotional intelligence and charisma to stoke fear and anger, which are the two most powerful emotions that shape our decision-making.

By repeating his criticism of Muslims, despite the consequent increase in risk of terrorism, Trump is playing to problematic thinking and feeling patterns in our brains. Useful in the ancestral environment, such patterns serve us poorly in the modern world where those who are highly emotionally intelligent can take advantage of this faulty wiring in our brain to convince us to make bad decisions. One is known by psychologists as the mere-exposure effect, the notion that if you repeat something often enough, people start believing it is true – regardless of whether it is true or false.

Another is in-group–out-group bias, a phenomenon by which we instinctively dislike those who we perceive to not belong to our “tribe.” Throughout the campaign, Trump made sure to represent Muslims as as dangerous, different, undeserving of consideration, as not “our tribe.” No wonder that anti-Muslim hate crimes spiked by over 75 percent in 2015, when Trump began campaigning, compared to 2014. This growth, which many scholars attribute mostly to Trump’s rhetoric, also contributes to anti-American sentiment among Muslims.

By instigating such sentiments, Trump deserves blame for a significant portion of subsequent terrorist acts. Trump’s determination to get his way, regardless of how much it hurts America, makes him the more risky and less safe candidate for the presidency.

Bio: Dr. Gleb Tsipursky is an author, speaker, consultant, coach, scholar, and social entrepreneur specializing in science-based strategies for effective decision-making, goal achievement, emotional and social intelligence, meaning and purpose, and altruism – for more information or to hire him, see his personal website, GlebTsipursky.com. He runs a nonprofit that helps you reach your goals using science to build an altruistic and flourishing world, Intentional Insights; authored Find Your Purpose Using Science among other books; regular contributes to prominent venues; and is a tenure-track professor at Ohio State. Consider signing up to the Intentional Insights newsletter; volunteering; donating; or buying merchandise. You can support him personally on Patreon. Get in touch with him at gleb@intentionalinsights.org. 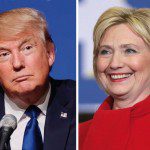 October 7, 2016
The Gender Gap in the Presidential Race
Next Post