We frequently use debates to resolve different opinions about the truth. However, debates are not always the best course for figuring out the truth. In more emotionally charged situations, the technique of collaborative truth-seeking is often better.

The Problem with Debates

The usual method of hashing out disagreements in order to discover the truth about reality is through debates, in person or online. Yet more often than not, people on opposing sides of a debate end up seeking to persuade rather than prioritizing truth discovery. Indeed, research suggests that debates have a specific evolutionary function – not for discovering the truth but to ensure that our perspective prevails within a tribal social context. No wonder debates are often compared to wars. This is especially so in emotionally charged topics, such as politics, as our autopilot system takes over and inhibits our ability to be rational in our engagement with others.

We may hope that we would strive to discover the truth during debates. Yet given that we are not always fully rational and strategic in our social engagements, it is easy to slip up within debate mode and orient toward winning instead of uncovering the truth. Heck, I know that I sometimes forget in the midst of a heated debate that I may be the one who is wrong – I’d be surprised if this didn’t happen with you. So while we should certainly continue to engage in debates, we should also use additional strategies – less natural and intuitive ones. These strategies could put us in a better mindset for updating our beliefs and improving our perspective on the truth. One such solution is a mode of engagement called collaborative truth-seeking.

Some important features of collaborative truth-seeking, which are often not present in debates, are: focusing on a desire to change one’s own mind toward the truth; a curious attitude; being sensitive to others’ emotions; striving to avoid arousing emotions that will hinder updating beliefs and truth discovery; and a trust that all other participants are doing the same. These can contribute to increased social sensitivity, which, together with other attributes, correlate with accomplishing higher group performance on a variety of activities.

Here are additional techniques that can help you stay in collaborative truth-seeking mode after establishing trust:

Likewise, using collaborative truth-seeking to resolve differing opinions on all issues holds the danger of creating a community oriented excessively toward sensitivity to the perspectives of others, which might result in important issues not being discussed candidly. After all, research shows the importance of having disagreement in order to make wise decisions and to figure out the truth. Of course, collaborative truth-seeking is well suited to expressing disagreements in a sensitive way, so if used appropriately, it might permit even people with triggers around certain topics to express their opinions.

Taking these caveats into consideration, collaborative truth-seeking is a great tool to use to discover the truth and to update our beliefs, as it can get past the high emotional barriers to altering our perspectives that have been put up by evolution. 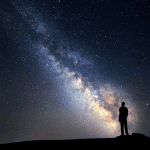 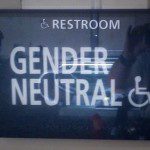 February 23, 2017 Trump Rescinds Trans Youth Rights: Helped by Christians and Atheists
Browse Our Archives
get the latest updates from
The Secular Spectrum
and the Patheos
Nonreligious
Channel
POPULAR AT PATHEOS Nonreligious
1

If There's a Yellow Deli in...
Homestead Skeptic
Related posts from The Secular Spectrum