The Evolution of Free Speech: From Protecting Minorities to Oppressing Them

The Evolution of Free Speech: From Protecting Minorities to Oppressing Them October 30, 2017 Shem the Penman

Free speech has evolved, and the right wing knows it.

After being de-platformed by Berkeley radio station KPFA in July, Richard Dawkins commiserated with a very chummy Laura Ingraham at FOX News:

INGRAHAM: What do you think about just free speech in general today? College campuses, expanding the conversation, we saw what happened even at Middlebury College in Vermont, not far from where I went to school, Berkeley, obviously, with the riots. There seems to be very little place for real exchange, robust exchange of ideas. That’s  what college is supposed to be about isn’t it? Exchanging ideas?

The issue at hand is supposedly free speech, and the free exchange of ideas. Neither Dawkins nor Ingraham mentioned that the issue with KPFA was their objection to Dawkins’s anti-Muslim rhetoric. They didn’t mention that at Middlebury College, protesters caused the cancellation of a speech from “race realist” Charles Murray over the racism in his work. And although the scaremongers at FOX showed footage of students breaking and burning things at Berkeley, no mention was made of the cause of the riots was the appearance of alt-right provocateur Milo Yiannopoulos, one of the  racist Breitbart dung nozzles.

When Dawkins talked about the difference between free speech activism in Berkeley in 1963 and today, he should have realized not only the irony in a white, educated Western male invoking free speech protection that helped African-Americans in their fight for equality, but also that something else has changed. The political climate of our society has changed the way we conceptualize free speech. First Amendment stalwarts should acknowledge that free speech absolutism is now a tool of the right wing.

Free Speech, Then and Now

In 1963, the aim of free speech was to expand our discourse to include the voices of the marginalized. The truth about brutal segregation needed to be understood, and African-Americans had to make clear to the white majority the damage their indifference was causing the black community and society in general. They needed protection from official repression as well as attacks from the majority.

Nowadays, “free speech” rallies are held by white supremacists in order to intimidate minorities by shouting bigoted slogans. When provocateurs like Ann Coulter and Milo appear at college campuses, they’re deliberately trying to incite controversy, hoping for a backlash that they can use to portray themselves as victims of left-wing oppression. And Richard Dawkins has always prided himself on not caring whom he offends, wearing his anti-Muslim, anti-PC and anti-feminist attitudes like a badge of honor.

We use the same words for it, but the phenomena are totally different. Free speech has become the rallying cry of the privileged. In the 60s, the first amendment was supposed to protect African-Americans from the fire hoses of Bull Connor’s boys. Now it has become the fire hose.

In the Sixties, the ideas that needed free speech protection were ones that challenged the power dynamics of a corporate-owned society ruled by white men. Today, free speech is invoked for ideas that are truly nothing more than incendiary rhetoric and racist invective. This process has nothing to do with competing concepts of a just society or ethical concerns about discrimination. It’s about a passive-aggressive right wing baiting its foes with displays of contempt for progressive values and then using the (hopefully violent) reaction to validate that contempt. It’s media theater, and not much more.

Why is it so hard for people to recognize the differences in the aims and content of free speech between the days of the civil rights movement and today? Why do we insist on pretending free speech is still some sort of universal ideal? 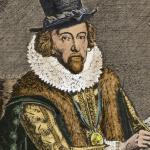 November 8, 2017 Finding Commonalities Between Nonbelievers and the Devout
Browse Our Archives
get the latest from
The Secular Spectrum
Sign up for our newsletter
POPULAR AT PATHEOS Nonreligious
1

The Sheer Racism in the Russell...
Roll to Disbelieve
Related posts from The Secular Spectrum