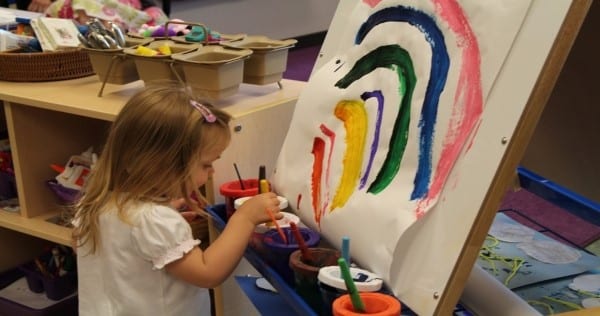 Karen Pence is America’s second lady and the wife of U.S. vice president Mike Pence. She also, quite recently, made “news” by returning to Immanuel Christian School full-time, where she previously spent 12 years as a teacher.

But is this news, really? Very little here feels surprising.

We’ll get to why this is all legal in a moment. But you and I both already know that it’s wrong, whatever the law says, to sake such a keen interest in a student’s sexual identity. This is the behavior of a predator.

ICS is, by any standard, an old-fashioned school. It’s a school for fundamentalists. But there are a few questions worth asking about the line in the sand they’ve drawn here. It’s a line that Mike Pence — vice president of theoretically the most powerful nation on earth — is granting his all but explicit endorsement.

For a start, it just doesn’t make any sense that capital-“C” Conservatives in America spend so much time railing against “identity politics” every chance they get — while they simultaneously make it easier and more lawful to practice institutionalized discrimination against all sorts of persons.

And here’s another question: If Christians believe being gay is a garden-variety sin, what are the other types of sinners they categorically turn away at the gates? We all need redemption — but what’s this hierarchy of sins they’re preaching here? And why should a person’s sexual identity determine their fitness for obtaining a higher education?

In hindsight, the Supreme Court’s decision on gay marriage a few years ago feels more and more like a token victory — and like an unfinished dream. You’ll hopefully find this difficult to believe, but it’s legal in most American territories to discriminate against nearly anybody, and for nearly any reason.

A grassroots campaign by the Ad Council, the Gill Foundation and others, maintains a map detailing which U.S. states have laws on the books permitting discrimination. If you want to cut to the chase, the answer is “31.” There are 31 U.S. states that permit private organizations to actively discriminate against certain types of American citizens, such as:

Americans are people who salute their flag regularly and say the word “freedom” a lot. But there isn’t much freedom in a country where a person can be denied basic human rights and dignities, legally, for arbitrary reasons. Businesses have had to make reasonable accommodations for religious garb and headwear. Why does religious expression receive a higher degree of freedom than sexuality? What happens when it’s the employer itself seeking “accommodations” on God’s behalf?

We already treat U.S. religious institutions with kid gloves. Must they receive a “reasonable accommodation” to practice intolerance, in keeping with their religion’s teachings? In Karen Pence’s America, religious tolerance flows in precisely one direction. An employer accommodating the dietary or sartorial requirements of a person of faith in the workplace is one thing, and is to be applauded. A nation accommodating a religious employer’s dogmatic intolerance is very much another.

What Message Does This Send?

During his time as governor of Indiana, Mike Pence declared himself an unrepentant adversary of equal human rights and an unyielding supporter of so-called “religious freedom” laws there and elsewhere. He has spoken at length about the sanctity of the archetypal family as the nucleus of civilized civilization and about marriage being exclusively being between a man and a woman.

Because he read something about it in an old book once.

Except that he definitely didn’t. According to people who are more familiar with the Christian Bible than anybody you or I have met, the Good Book doesn’t condemn same-sex relationships even once, when you look closely enough at the context surrounding the scant few verses which appear to mention it.

The authors of the Bible were far more worried about the struggle between the poor and the rich than they were about the gay agenda. Even Jesus Christ didn’t mention gays — he was occupied calling out our idolatrous worship of money.

When Mike Pence sits alone and closes his eyes, he daydreams about living inside a Norman Rockwell painting. I’m sure of it. But the rest of us want to live in reality. And in reality, some of us are born gay. We’re better off meditating on, and trying to better understand, the richness of the human experience, than we are trying to use the government to bring “God’s Kingdom” to Earth. Because theoretically, in that Kingdom, not everybody is worthy of being a full citizen — nor even a “valued customer.”

The truth is, there’s nothing remotely unique about Immanuel Christian Academy’s proud heritage of discrimination. All across the country, right now, you can find pending and successful lawsuits brought by students and families, all the way from primary education to public and private colleges, alleging discrimination, exclusion or outright hostility in our schools’ admissions and conduct policies, performed in the name of faith. All of this is legal in the 31 states still stuck in the Dark Ages. 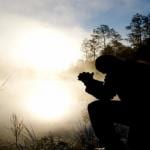 January 28, 2019
The Problem with “Thoughts and Prayers”
Next Post

February 10, 2019 The Intertwined Pull of the Secular and Religious in a Divided America
Recent Comments
0 | Leave a Comment
Browse Our Archives
Related posts from The Secular Spectrum